The New Mutants was originally going to be a very different movie. This, according to director Josh Boone, who discussed his upcoming Marvel Comics adaptation with /Film. Ultimately, the film as we will come to know it was shaped by the failure of X-Men: Apocalypse.

“We were lucky,” Boone said. “They really did want it to be different than other stuff. They really pushed us to keep it separate from X-Men stuff, even though it’s set in the X-Men universe. We had early drafts that were supposed to be in the same timeline as [X-Men:] Apocalypse, so it was originally going to be set in the ’80s. Originally, Professor X and Storm were in it, and Storm very much played the Alice Braga role.”

“Over the course of months, a new studio head came in, they said they didn’t want any X-Men movies to take place in the past anymore, as if that was the reason that Apocalypse was bad,” Boone added. “[laughs] So we were put in the position where we kind of rewrote it to be set now in a nebulous [point in time], because nobody knew how the movies had turned out. Dark Phoenix wasn’t out yet. Yeah, it’s there – they talk about Professor X and those things, but it doesn’t have cameos from anyone or anything like that.”

X-Men: Apocalypse, released in 2016, had the difficult task of following up Days of Future Past. It proved to be a critical and commercial disappointment. While its $543 million box office haul wasn’t an outright disaster, it was a big step down from DOFP’s $746 million.

The other interesting bit is that spin-off would have been heavily tied to Fox’s version of the franchise, with Professor X and Storm involved. From what we’ve seen, the movie, as it exists, will largely be its own thing.

“In this terrifying, action-fueled film based on the MARVEL comic series, five young people who demonstrate special powers are brought to a secret institution to undergo treatments they are told will cure them of the dangers of their powers. Included are Danielle Moonstar aka Mirage (Blu Hunt), who creates illusions from other people’s fears; Rahne Sinclair (Maisie Williams), who transforms into the werewolf Wolfsbane; Sam Guthrie (Charlie Heaton), who, as Cannonball, can fly at jet speeds protected by a force field; Roberto da Costa aka Sunspot (Henry Zaga), who absorbs and channels solar power; and Illyana Rasputin aka Magik (Anya Taylor-Joy). The younger sister of Colossus, Magik becomes encased in armor at will and wields a soulsword that amplifies her multiple superhuman and psychic abilities. Invited by Dr. Cecilia Reyes (Alice Braga) to share their stories about when their powers first manifested, the five “patients” come to understand that they are in a class of people called mutants, who have historically been marginalized and feared. As they relive their origin stories, their memories seem to turn into terrifying realities. Soon, they question what is real and what isn’t, and it becomes clear that the institution isn’t what it seems. Now the question is — why are they being held captive? And who is trying to destroy them? The tension and horror mount in this white-knuckle thrill ride directed by Josh Boone and co-written by Boone and Knate Lee.”

The New Mutants is currently set to hit theaters on August 28.

So what do you think? Would you prefer the movie be tied to the X-Men more closely? Are you excited to see it when the film finally arrives? Join in on the conversation over on Facebook or Twitter! 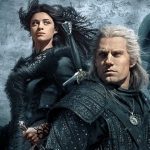 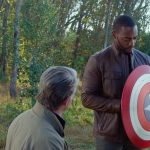