Marvel Characters Who Could Defeat Thanos 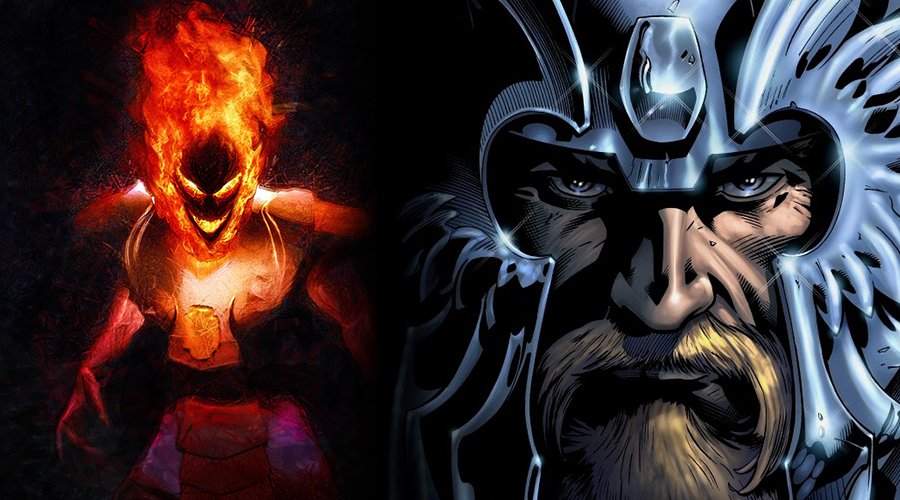 Korath explicitly described Thanos as the most powerful being in the universe in the MCU, but that’s far from being the case in the comic books – but non-comic-reading casual cinema-goers certainly won’t know that. 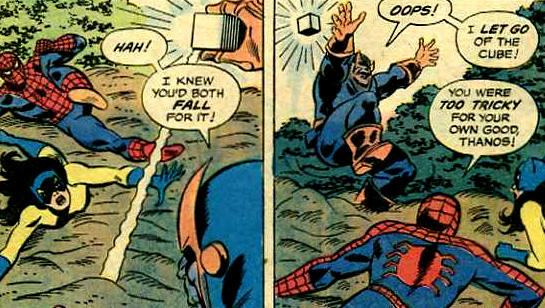 So, if you don’t know the villain known as the Mad Titan too well, you might be surprised to learn that there are beings far more powerful than him in the comic books.

You don’t even have to look to the truly cosmic or abstract entities (the likes of the Living Tribunal, Galactus, the Beyonder or the One Above All, for example) to find characters capable of beating him down – and this article will demonstrate that.

Here are five fellow Marvel characters who could defeat Thanos (this is assuming a straight-up fight with no prep or power-ups for either character). 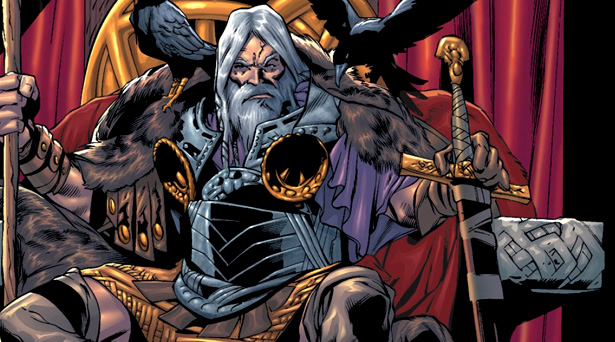 Odin is at the absolute pinnacle of the power levels in Marvel Comics that fall just beneath the abstract cosmic entities that start off with characters like Galactus and, ultimately, reach likes of the One Above All. He has been portrayed by Anthony Hopkins in the Marvel Cinematic Universe, though that version has not yet demonstrated close to the levels of power of his comic book counterpart.

The Skyfather – which is considered to be a specific tier of power in Marvel, just above the level of Thanos – is proven as being capable of defeating the Mad Titan in battle. Although Thanos refused to give up in the battle (which is specifically depicted in the image below), the fact is that Odin was shrugging his attacks off with ease, while Thanos was notably looking worse for wear.

Moreover, Thanos was prepared for the battle, had the Silver Surfer helping him, and was going all-out, while Odin was being casual and merciful to say the least. 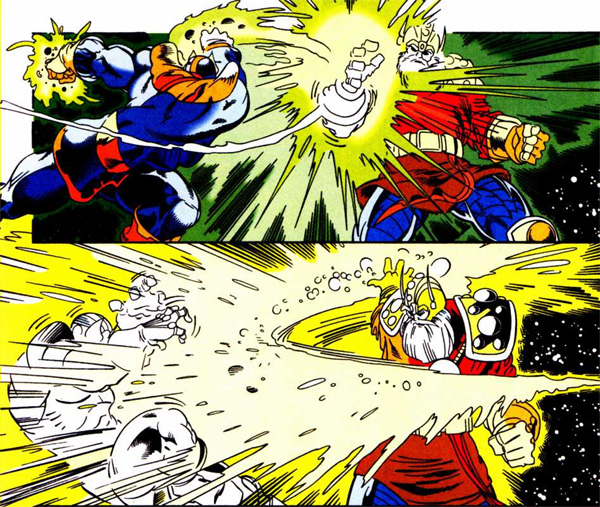 Odin is more durable and stronger than Thanos and, as a mere side effect of his battles (collateral damage, essentially) entire galaxies can be destroyed (something which happened in his fight with Seth, for example).

Through command of the powerful Odin Force, the lord of Asgard is capable of all kinds of crazy abilities – such as energy manipulation of a superior level to Thanos, the erection of forcefields, the casting of illusions and telepathy. 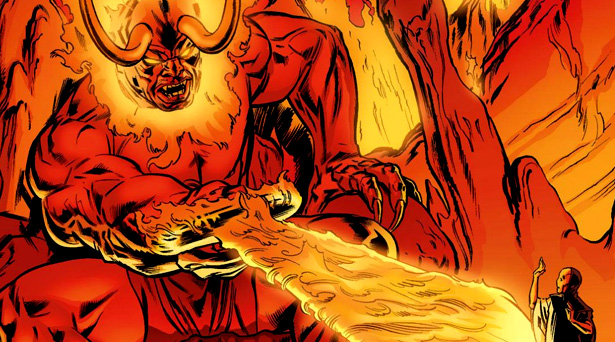 Although not a Skyfather, Surtur is one of the characters in Marvel Comics who is considered to be on that tier of power. Essentially, he is Odin’s equal and, as such, he is more powerful than Thanos.

As standard, Surtur wields the powerful sword known as Twilight – a weapon he forged in the centre of a galaxy (see below), resulting in the explosion of said galaxy, which Surtur was obviously capable of surviving. 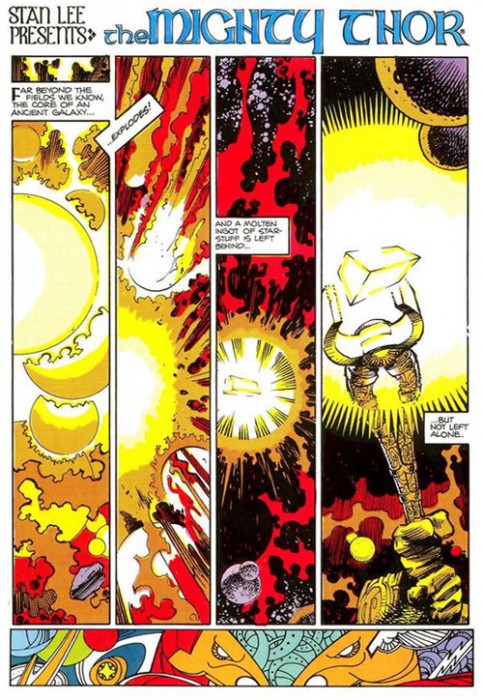 The sword is capable of manipulating vast amounts energy – even greater than the energy manipulation feats of Thanos – and has been shown to shatter dimensional barriers and even inhibit Odin’s powers. Without it, Surtur is honestly around Thanos’ level. With it (which, as already mentioned, he always is), he dwarfs Thanos.

The fire demon from Muspelheim is also an extremely powerful magic user and can alter matter at a molecular level.

He is set to appear in Thor: Ragnarok as part of the Marvel Cinematic Universe and there are rumours he might be a servant of Thanos – something that would never happen in the comic books (unless Thanos was wielding the complete Infinity Gauntlet or something). 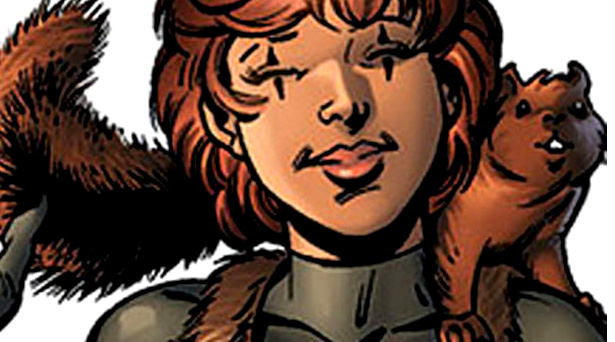 Squirrel Girl – real name Doreen Green – seems to be fully capable of beating anyone and, frankly, it’s inexplicable, as the mutant only seems to possess abilities similar to that of a squirrel – exactly as her name would suggest.

She has razor sharp claws, a prehensile tail, an enhanced sense of smell and slightly superhuman physical strength and agility – and yet she has proven capable of defeating everyone she has ever gone up against (see below for her confirmed clean defeat of the Mad Titan). 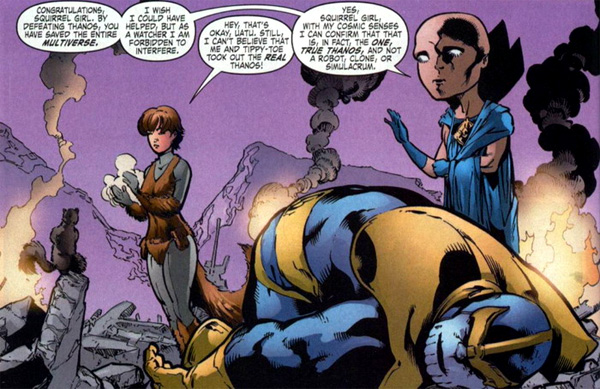 Along with her trusty squirrel sidekicks – Tippy-Toe and Monkey Joe (with whom she can communicate as part of her powerset) – she has proven to be extremely formidable.

Her habit of defeating seemingly more powerful foes (including the likes of Doctor Doom, MODOK, Terrax and Deadpool) has earned her nicknames like the Anti-Life and the Slayer of All that Breathes.

Simply put, there must be more to Squirrel Girl than readers have been led to believe. Perhaps she has some kind of power that manipulates probability, enabling her to win when the odds are against her? Who knows? But she can definitely kick Thanos’ ass. 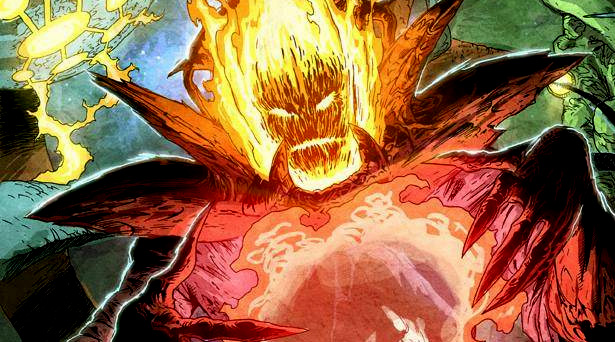 In terms of power levels, Dormammu is undoubtedly the character closest to Thanos on this list. However, he is also undoubtedly slightly above the Mad Titan and you only have to look at how much closer he has proven to be to Odin in power for proof of that.

Thanos is essentially on a tier all by himself – somewhere in between Herald of Galactus level and Skyfather level, while Dormammu is essentially just above him, knocking on the door of the Skyfather tier.

Dormammu is ridiculously durable – having proven himself to be virtually unharmable by the most powerful of superhero teams – and is around the same level of durability as Thanos, but his offensive powers are more potent – as seen when he was able to harm Eternity itself (see below), albeit at potential cost to himself. 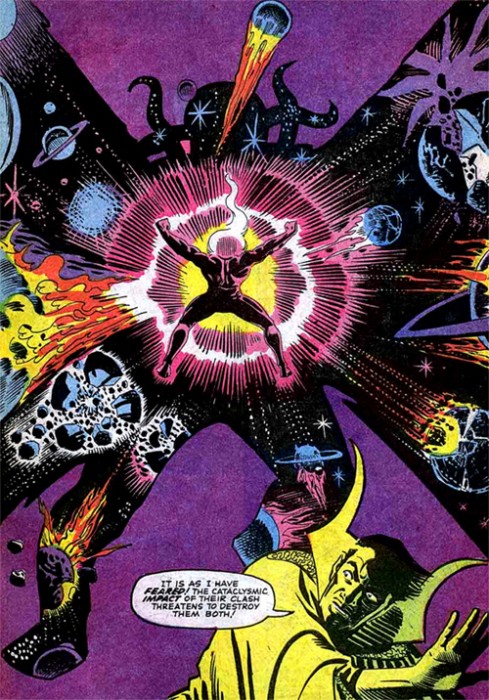 Dormammu is a member of the Faltine race – beings whose bodies are engulfed in the powerful Flames of the Faltine, which are able to destroy entire worlds.

Able to invoke powerful beings like Cyttorak and the Vishanti, Dormammu has a near-unlimited number of spells he can use in battle – the Crimson Bands of Cyttorak, for example. He is also a more powerful energy manipulator than Thanos.

His arrival in the Marvel Cinematic Universe is inevitable, given that Doctor Strange is on his way – and any potential future encounter with the Mad Titan in live action could be very interesting. 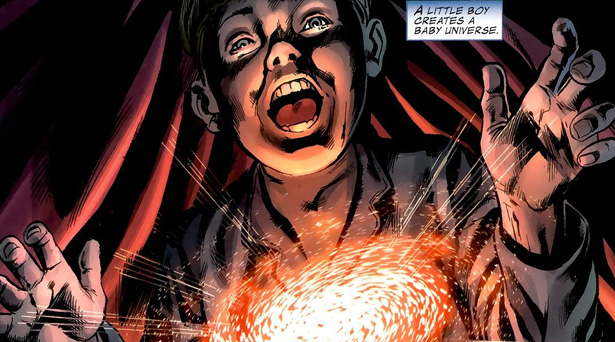 Although he is ridiculously powerful, Franklin Richards’ powers come through being a mutant and not through being an abstract cosmic entity or a god.

The son of Fantastic Four members Mister Fantastic and Invisible Woman, Franklin possesses reality-warping powers on a truly universal scale – essentially allowing him to make anything happen that he wishes or wills to happen. 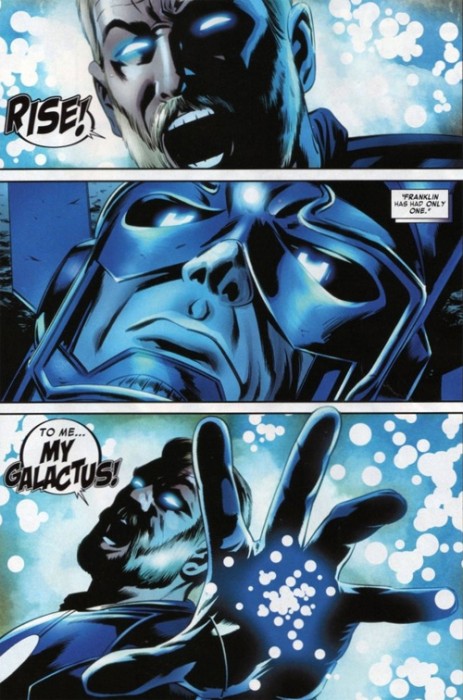 His power has allowed him to do things like create pocket universes in his bedroom and an adult version of the character was able to defeat two Celestials in combat and tap into the power of his younger self to make Galactus – a character who normally has other beings serving him – into his own personal Herald.

He has also demonstrated other powers like telepathy, telekinesis, precognition and energy blasts.

Characters such as the aforementioned Galactus, Eternity and Infinity have all taken notice of Franklin’s abilities – and when beings of that cosmic nature consider you to be relevant, you must be crazy powerful.

Franklin could essentially make Thanos into his b**ch – and very few characters that aren’t abstract cosmic entities can say that.

What do you think? Do you agree that these guys could defeat Thanos? Which other Marvel characters could beat the Mad Titan? Have your say below. 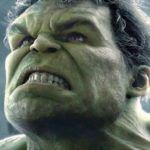 Can Hulk Beat Superman? 5 Weaker DC Characters Who Could Defeat The Hulk…
Next Post 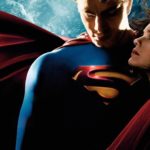 Marvel Characters That Could Defeat Superman