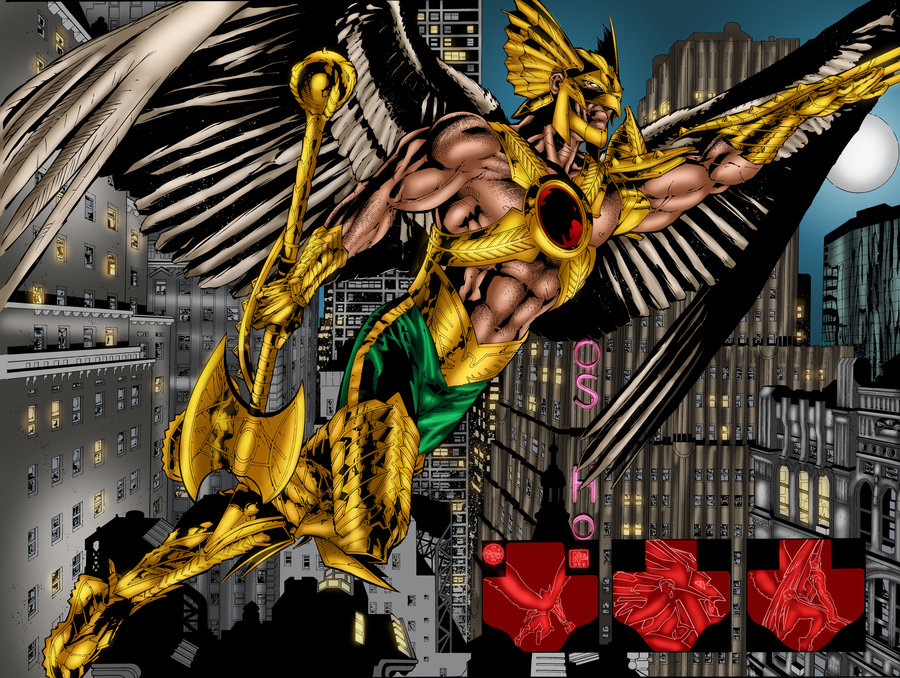 Well, Legends of Tomorrow is coming up soon, so let's talk about Hawkman. I like Hawkman A TON. I've been tracking down the Geoff Johns/ James Robinson run for some time now, I always enjoyed his time in the JSA, and I've been trying to put together a run of Hawkworld (I love what I've read already). But even as a guy who really likes Hawkman, I have to admit there's a lot about him that's kinda terrible. And let's be honest, isn't it better to hear criticism of the character from someone who loves him, as opposed to those wannabe comedians on Twitter still cracking Aquaman jokes? 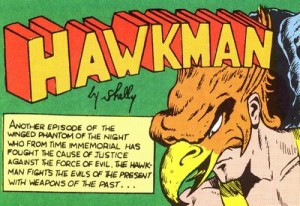 10. His Backstory Is A Mess

Let's start with the first Hawkman, Prince Khufu of Egypt. Yeah if, when describing a comic book character's history, you start in ancient Egypt? That means you're in for a serious infodump. So Khufu and his wife Chay-Ara were deeply in love until Khufu pissed off a high priest named Hath-Set who just went ahead and murdered them both. And now we cut to 1940, where archeologist Carter Hall realizes he is the reincarnation of Khufu himself and unlike when this happens in real life, he actually isn't crazy. He finds Shiera Saunders, the reincarnation of his true love, and they both decide to wear wings and use a mysterious metal to fight crime as Hawkman and Hawkgirl.

Got that? 40's adventurers reincarnated from Egyptian royalty. That’ll be our starting point. 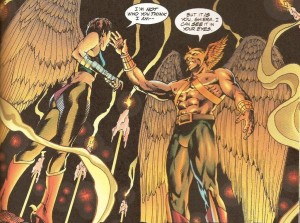 9. He Has Real Issues With Personal Boundaries

So, Hawkman and Hawkgirl are the everlasting love story tinged with tradgedy. The duo are constantly reincarnated only to find each other, fall back in love, and die horribly. But, during their most recent reincarnation, Hawkgirl returned first, but returned not remembering any of her previous lives, if she had them at all. So when Hawkman returns all "oh hey there, let's just resume our centuries-long romance" she is suitably creeped out. Now, while someone who is not Hawkman would back off at this point and get that maybe he should leave this girl alone, Hawkman super does not get that concept.

Instead he constantly sticks around her and continuously tries to remind her who she "really" is. When Hawkgirl PUNCHES HIM IN THE FACE and tells him she isn't who he thinks she is, Hawkman's only response is "You always had a good right". 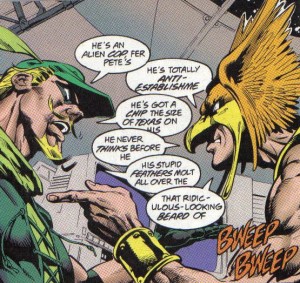 8. His Politics Are Crazy Extremist

So Hawkman was the Justice League's token conservative for quite a while. Now that isn't a bad thing. It works to have a vast variety of political and social beliefs amongst your characters if you're writing a team book. The problem came with him and Green Arrow. While most of the satellite-era League were arguably written conservative, (Barry Allen, Hal Jordan, Ray Palmer), it was Hawkman whom the writers picked to be The Conservative to balance out Green Arrow as The Liberal.

And since Green Arrow was the most left-wing tree-hugging hippie comics ever produced, Hawkman became to most thuggish closed-minded right-winger that could be written. To be honest, I don't like reading about EITHER of them when it comes to those stories. No matter what your political affiliation, it's hard not to find both characters a little too extremist in their beliefs. 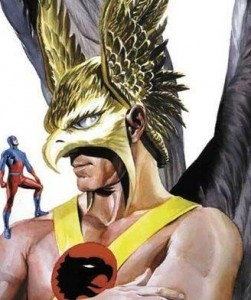 7. Not Even His Friends Like Him All That Much

Hawkman is such a jerk that almost no one likes him. When scouring the various comic book databases to see who they list as Hawkman's "friends" pretty much all of them are better classified as "co-workers". Ok, they list Batman as one of Hawkman's friends and Hawkman voted to MINDWIPE HIM. The only person I can think of who I'd call Hawkman's friend is Ray Palmer, AKA The Atom. Well, him and maybe Black Condor and no one except me cares about Black Condor. And even Ray gets that Hawkman can be a bit of a jerk. Heck, they co-stared in a comic book for a long time and they still fight half the times they see each other.

6. No, Seriously, His Backstory Is A Mess

Wait, did you seriously think we were done talking about Hawkman's backstory? No, now we get to the second version of Hawkman, who is an alien space-cop.

Katar Hol and his his wife/partner Shayera Hol came to earth on the heels of a space criminal. After catching him, the duo decided to just stick around and fight crime on earth. Hawkman joined the Justice League and began his long and storied history of being a massive jerk.

But then DC rebooted, and DC decided to reconcile its two Hawkmen. One would be the ancient Egyptian prince reincarnated and the other would be the space cop. But after someone in editing didn't double check the timelines, there wound up being a continuity error that could only be resolved by creating a third Hawkman, who was also an alien. And then DC decided to try to make all of the Hawkmen related to each other.

And that's when the problems started.

5. He Comes From A Planet Of Literal Fascists

Time to talk about Thanagar, Hawkman's home planet. And for this entry, we're rockin' the post-crisis depiction of Thanagar, which is a fascist utopia. You see, Thanagar started off as a slave colony for a more powerful alien empire until the Thanagarians rose up and won their freedom.

You'd think that centuries of oppression would lead a people to be more respectful of others but NOPE! They turned around and just started conquering and enslaving on their own. Not just that, but they started bringing their slaves back to Thanagar to serve as an underclass called the Downsiders. And let's not forget this is a planet where the police (or Wingmen) literally float over everyone else's head acting as judge, jury, and executioner. Oh, and they committed forces to the widespread Invasion of earth by the Dominators because Thanagar is a planet of jerks. 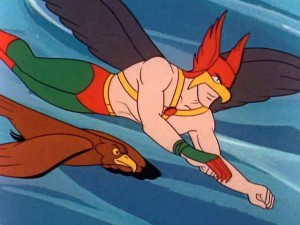 4. Don’t Even Try To Watch Any Hawkman Cartoons, For Your Own Sake

Do"¦ do I even need to elaborate? Can I PLEASE just leave it at that? Really? Fine. Let's talk about the Hawkman Cartoon.

No, I don't mean mean the Brave and The Bold episodes, those are ok. Sure, they're some of the weaker episodes of the series, but they aren't THAT bad. And I'm also not talking about the episodes of Justice League Unlimited he's in, although those do fall victim to "Hawkman continuity is a nightmare" syndrome.

No. I'm talking about the filmation cartoon. Yeah, those guys that made cheap cartoons back in the sixties. Filmation had the rights to make a bunch of DC cartoons (which you can buy on DVD if you're stupid/a giant nerd like me) and the Hawkman one was THE WORST ONE.

Skreal is kind of my favorite thing. 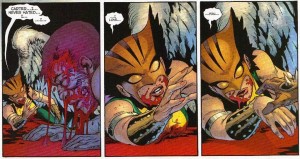 3. His Entire Character Motivation Is Built Around His Constant Failure

Remember how I said that Hawkman and Hawkgirl constantly die horribly? Yeah well maybe Hawkman should get to work on stopping that. I mean, I know they're both cursed, but you'd think after centuries of watching your true love get murdered in front of you, you'd maybe try to figure out a way to keep her safe. Or at least maybe go to someone to get that curse removed? He's on the same superteam as Dr. Fate, he could probably get some assistance on the whole "curse" thing? I mean, if I had more than two thousand years to solve a problem, I think I would've made at least SOME headway by now. But then again, I'm not Hawkman. 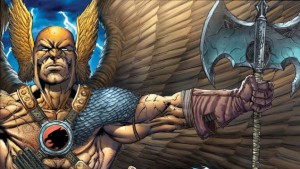 2. His Backstory is SUCH A Goshdarn Mess

Ok, here we go. If you thought the last two entries about Hawkman continuity were weird, you have literally seen nothing yet.

When DC tried to streamline Hawkman continuity, here is what we got (as best as I can figure it because this even confuses me). The Khufu thing was still true except this time he and Chay-Ara stumbled upon a Thanagarian ship lost in the desert. Then the whole "death and reincarnation" thing happens a bunch of times throughout history until Carter Hall and Shiera come along in the forties.

They wind up meeting up with a Thanagarian lost on earth who met a human, fell in love and had a kid named Katar Hol. Then there was an evil traitor Hawkman named Fel Andar for a while while Katar grew to adulthood. Then Katar came to earth and he and Carter wound up getting their souls mishmashed together into one being commonly reffered to as Hawkgod. Then Hawkgod went coo-coo for cocoa puffs and had to be sent to limbo. Then Carter Hall was reincarnated again, but this time with the memories of all his previous lives and Katar's as well.

So, you got that? Hawkman is an ancient Egyptian prince with ties to an alien planet who was reincarnated many times (not limited to as a knight, a cowboy and a world war two superhero) and he's also an alien space cop whose memories have been transferred into the body of a new person alongside centuries of reincarnated memories.

Did"¦ did we cover everything? Because if I have to do any more double checking into Hawkman continuity I'm just going to have to start screaming. 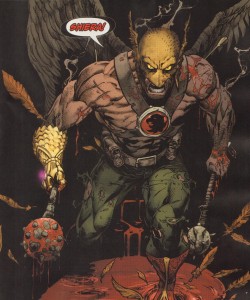 1. Hawkman Is A Complete And Total Jerkface

In an earlier column, I described Orion's behavior in Cosmic Odyssey as "approaching peak jerkface levels" but Hawkman's baseline is peak jerkface. Remember when I mentioned Hawkman voted to WIPE BATMAN'S MIND?! Well he did that! He also got in, like, two fistfights about his right to midwipe people. Hawkman is also the kind of guy who will not shut up ever. He is always right and you are always wrong.

He uses medieval goshdarn weaponry to stop street muggers. I'm not pro crime, but I don't think purse snatching should be paid back by a screaming musclebound psycho descending from the sky carrying a battle axe. To be fair though, I'm pretty sure that would put an end to crime altogether.

And to be perfectly honest, I kinda like everything about Hawkman anyway. I like his overly convoluted backstory, I like his weirdly stalker-ish tendencies, I like the counterpoint he provides to Green Arrow, and I like his total jerkface personality. Honestly, if you asked me to turn in a list of my favorite things about Hawkman, I'd probably give you the exact same list I just wrote.

Except the stuff about the cartoons.

Those are legit terrible. 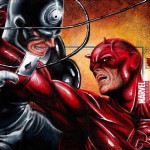 Bullseye - What Actor Should Portray Him On Netflix?
Next Post 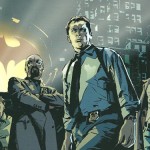 Top 10 Stories From The Comic That Inspired ‘Gotham’