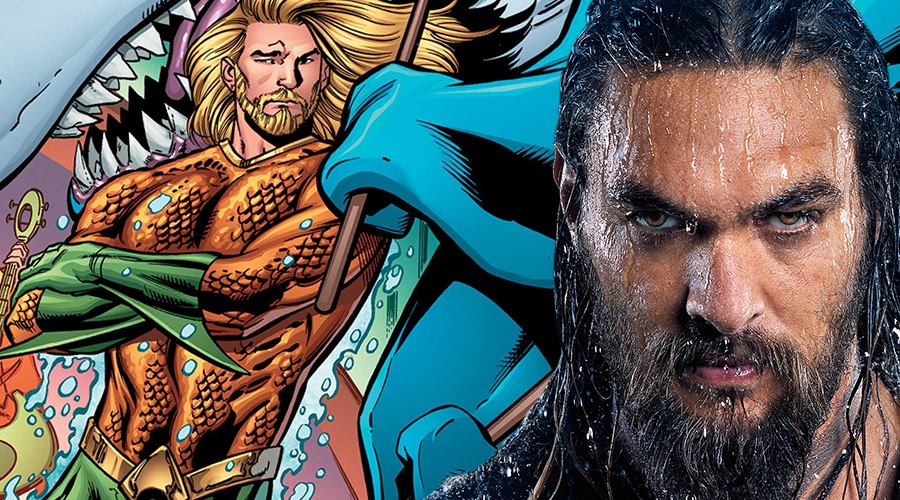 It seems like we are definitely going to see Jason Momoa in a comics-inspired green and gold outfit in James Wan's Aquaman.

One of the most common fan complaints about Momoa's Arthur Curry is his costume. In his brief Batman v Superman: Dawn of Justice cameo, the superhero showed up shirtless. In Justice League, we saw him donning an Atlantean armor but it looked nothing like the one fans are used to seeing in the pages of DC Comics. The photos released so far from his upcoming standalone movie, and even its recently-released first official poster, didn't include a comics-inspired suit.

However, we can rest assured that we are going to see Aquaman in the classic green and gold suit in theaters this December 21. This is because the character's statues exhibited by DC Entertainment at San Diego Comic-Con 2018 have him donning such an outfit. Check out some photos of the status below (via Twitter’s @colliderfrosty, @BrandonDavisBD and @Fandango)! 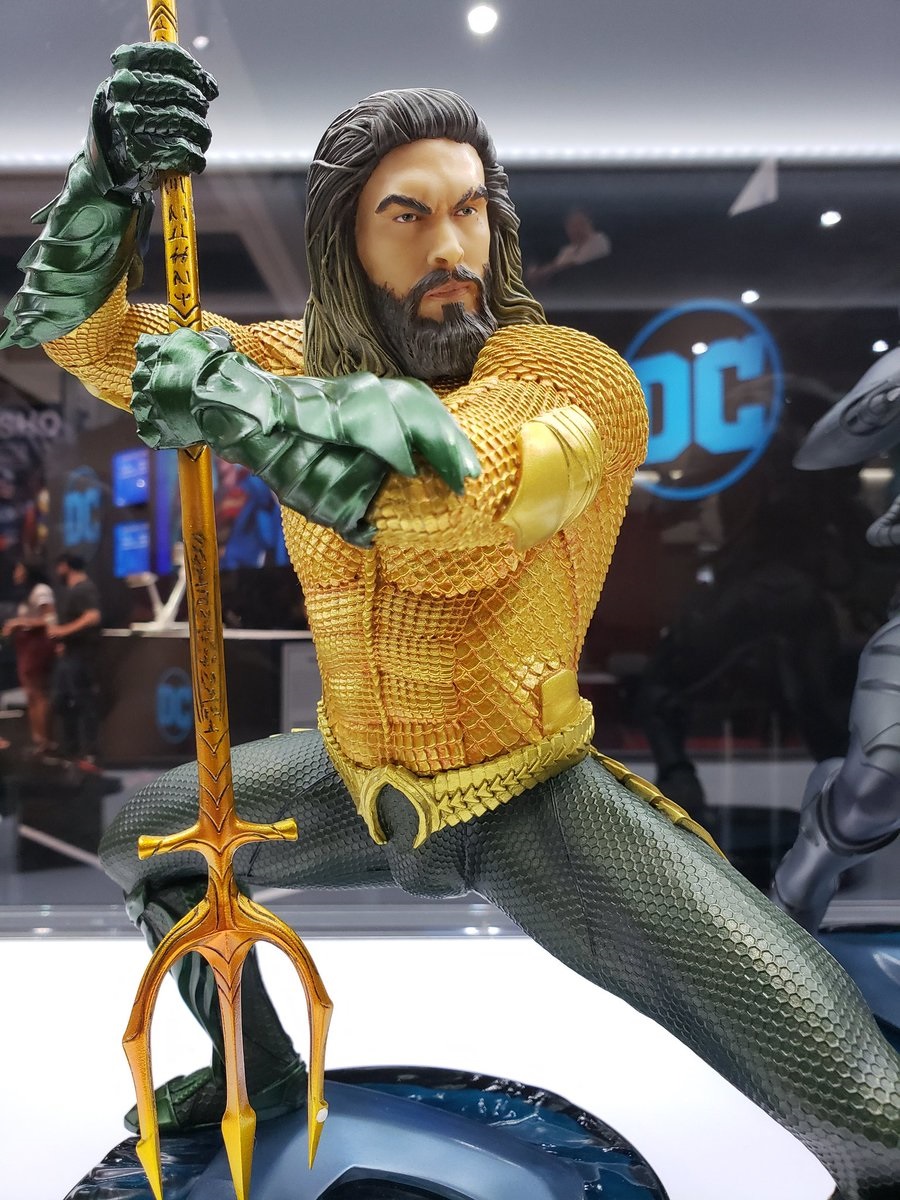 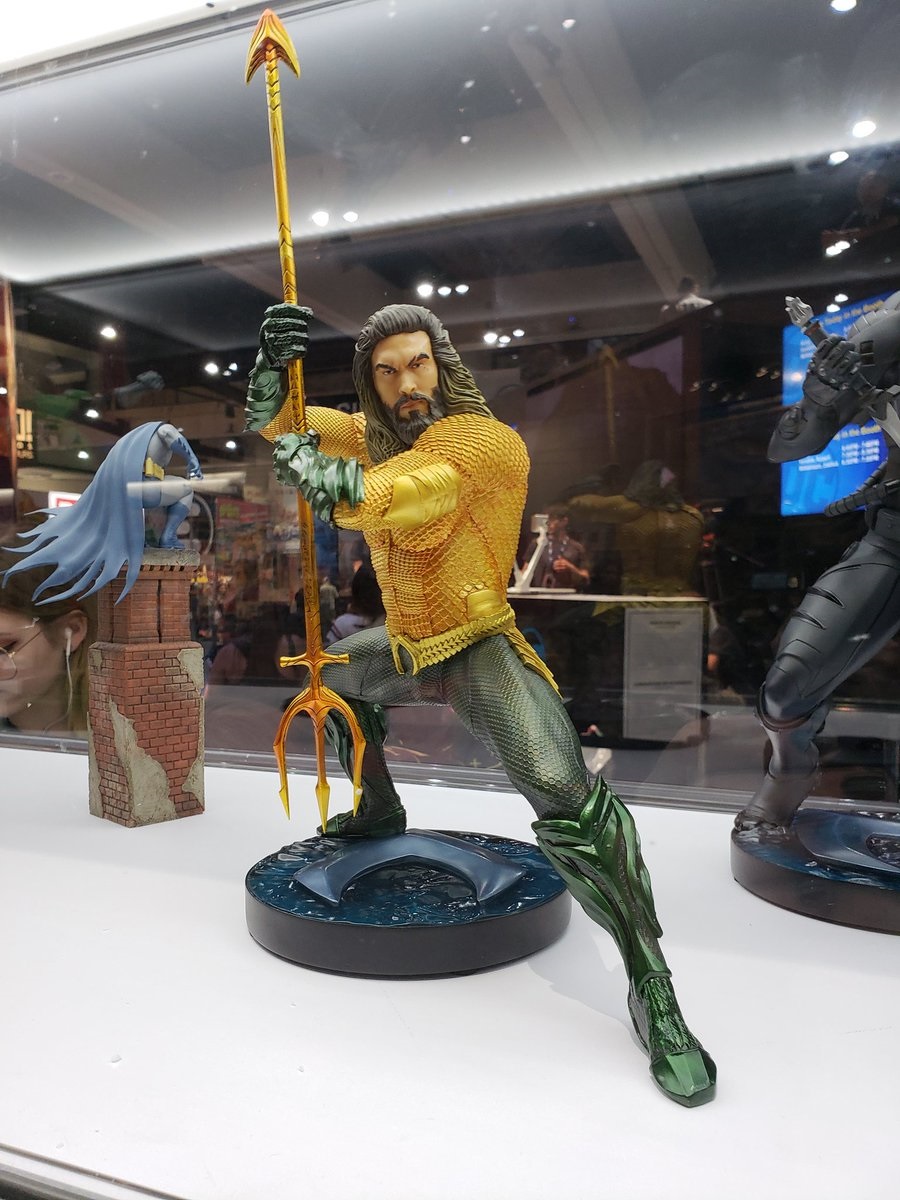 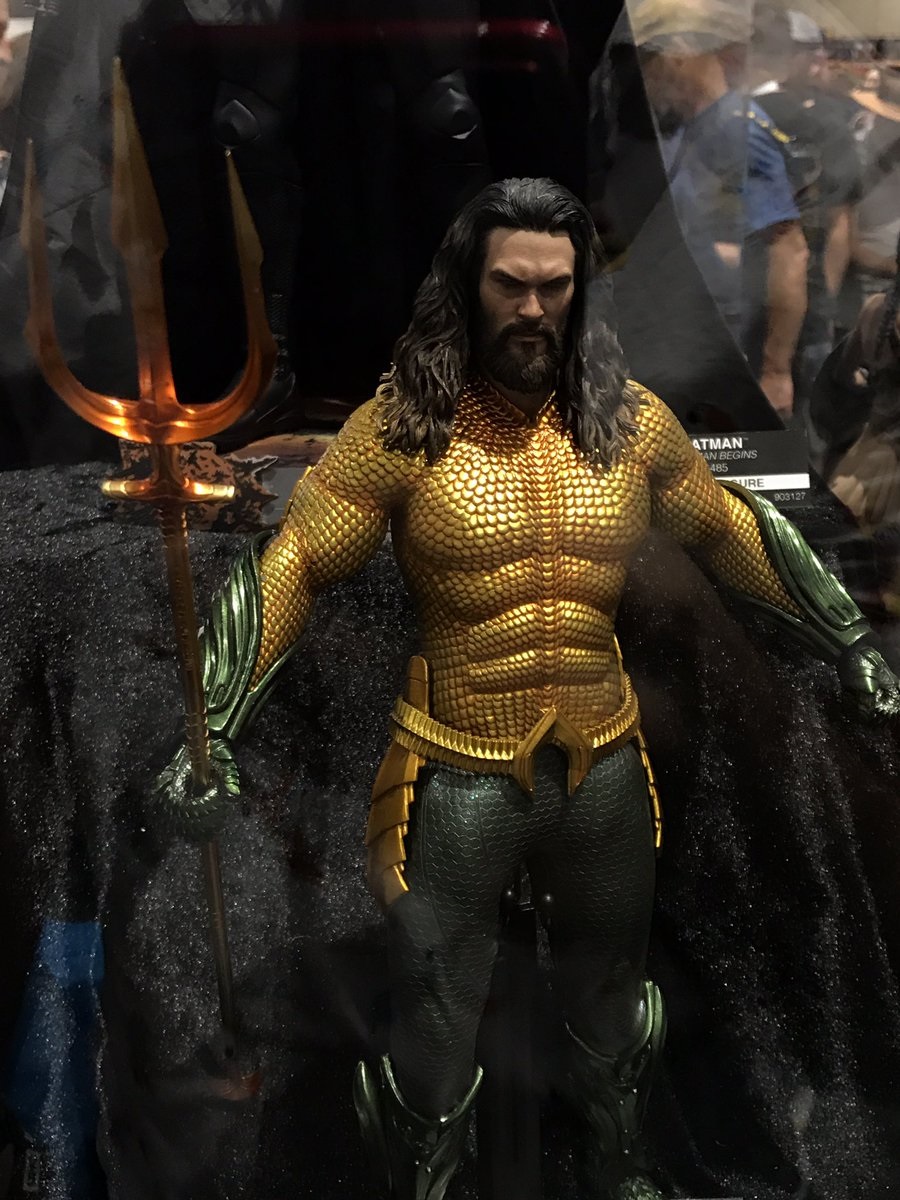 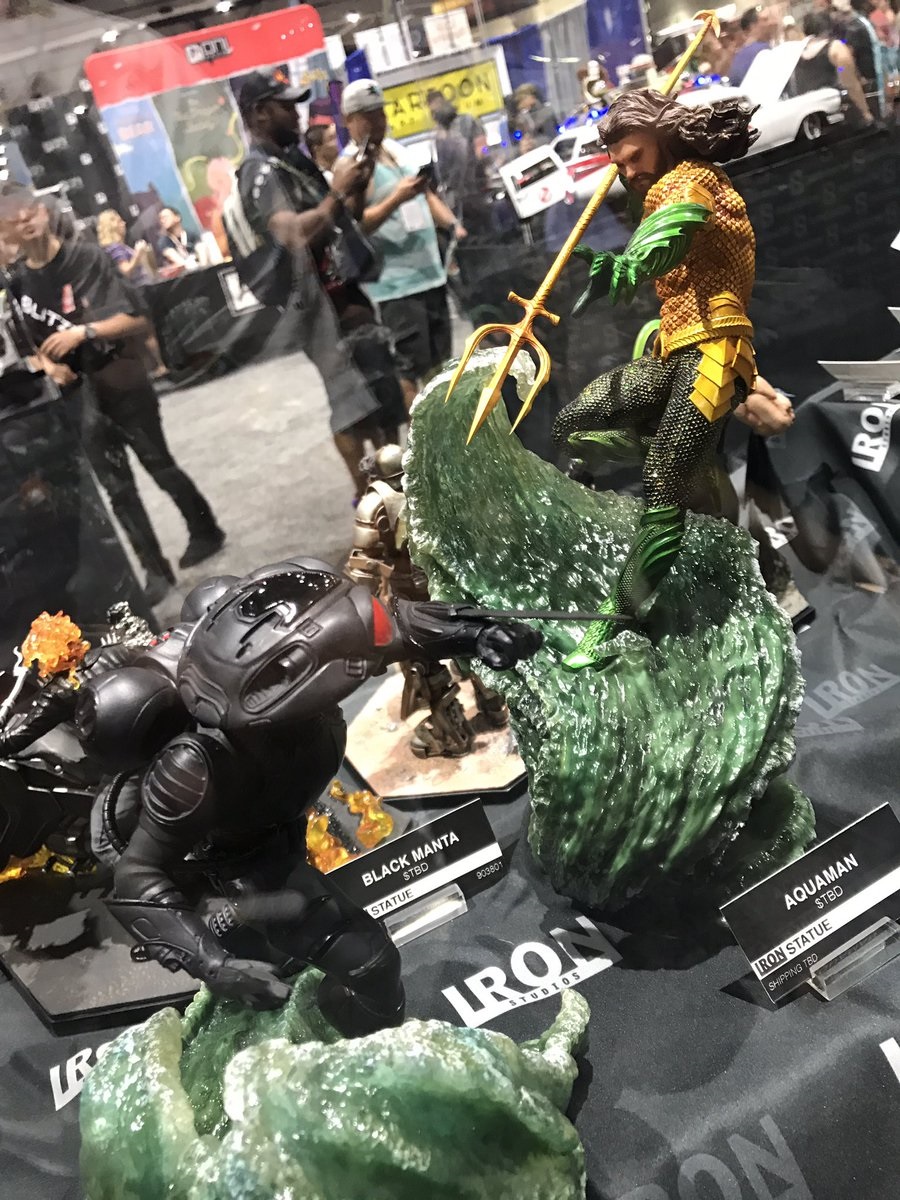 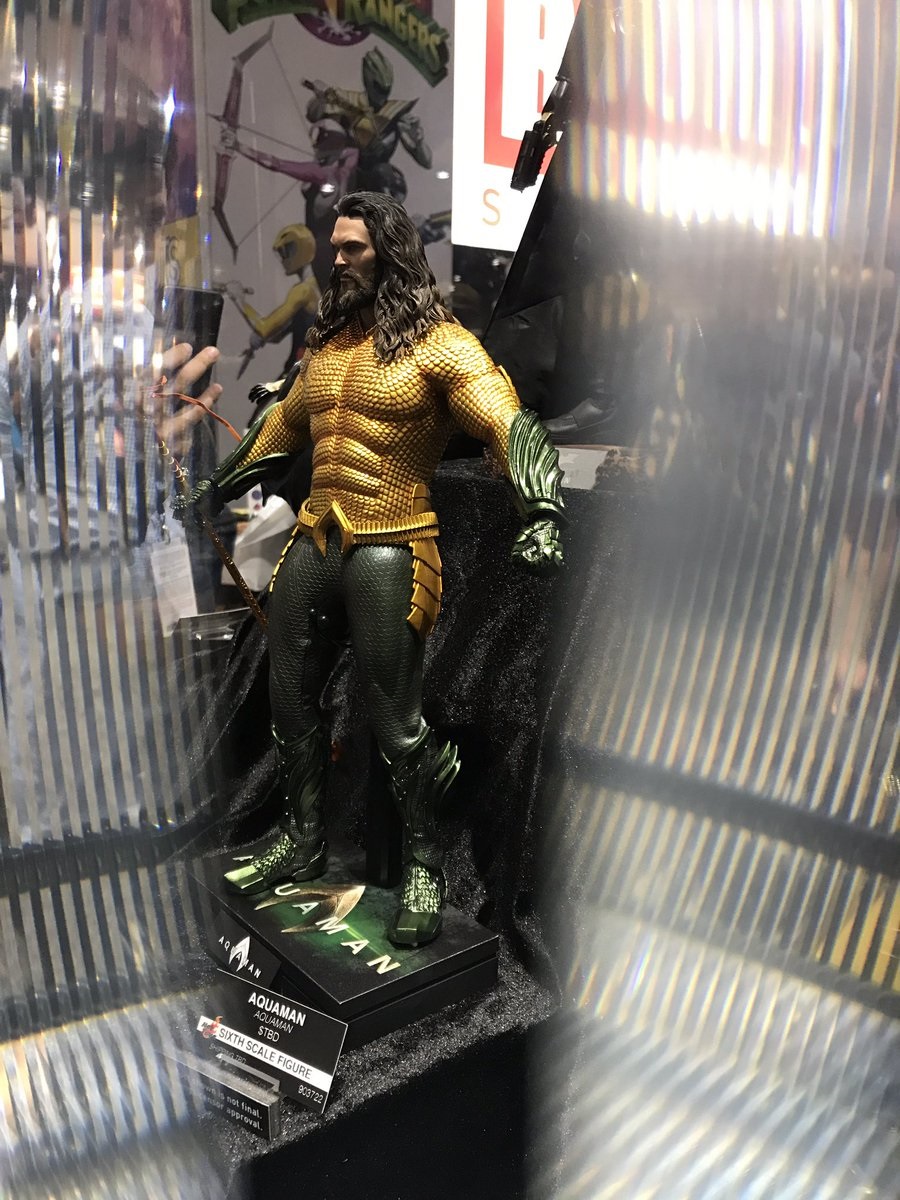 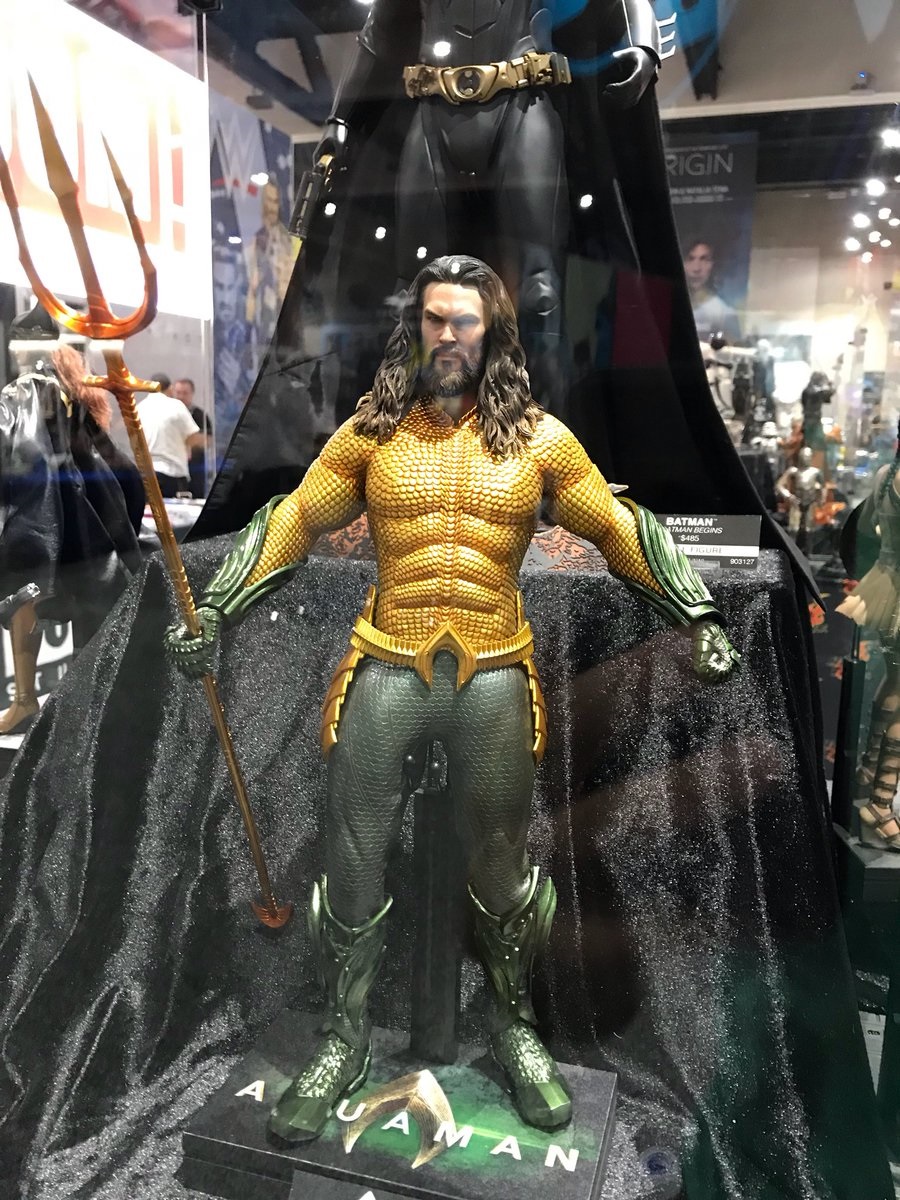 It has been already confirmed that the first official trailer for the upcoming December 21 release will be launched this Saturday during Warner Bros.' Hall H presentation at SDCC. With the studio not shying away from showing off the statues of Momoa in classic Aquaman suit, one might start feeling optimistic about catching a glimpse or two of the suit in the trailer as well.

From Warner Bros. Pictures and director James Wan comes an action-packed adventure that spans the vast, visually breathtaking underwater world of the seven seas, Aquaman, starring Jason Momoa in the title role. The film reveals the origin story of half-human, half-Atlantean Arthur Curry and takes him on the journey of his lifetime "” one that will not only force him to face who he really is, but to discover if he is worthy of who he was born to be "¦ a king.

What are your thoughts on the Jason Momoa statues depicting him in the classic Aquaman outfit? Share via comments and stay tuned for the latest updates! 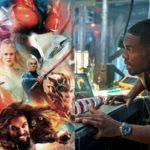 Black Manta Will Appear In More Than Just One DCEU Movie!
Next Post 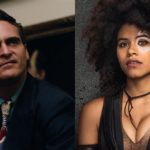