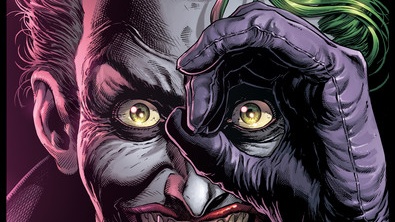 DC Comics has released a new preview of Batman: Three Jokers. The book was originally supposed to arrive in June, but has now been set for an August 25 debut. The publisher has released a series of preview pages that help set up the highly-anticipated book. They also have batman showing off a new trick. Have a look.

As we can see, Batman is teaming up with Jason Todd, aka Red Hood and Batgirl, aka Barbara Gordon to solve the mystery of the Three Jokers. And towards the end of the preview, we can see the Caped Crusader using the bat symbol on his chest as a flashlight. All these years later and Batman still has new tricks up his sleeve.

Joker doesn’t appear in the art, but it does raise some interesting questions. What are our heroes doing at the Gotham Aquarium, for example? Undoubtedly, this is just one small part of a big mystery that will begin to unravel this summer.

Writer Geoff Johns has teamed with artists Jason Fabok and Brad Anderson for the series. The three-issue book will unravel one of the biggest mysteries in the DC Comics universe right now.

“It goes back to the beginning when Batman first encountered the Joker, but it’s also The Killing Joke and A Death in the Family that speak to the book and that we’re building off emotionally,” Johns said “Barbara and Jason have gone through so much, as has Bruce, and it’s really focused on healing, on scars and wounds and what that does to somebody. If you suffer some trauma, you don’t just get over with it and move on with your life, it changes who you are. Sometimes it changes you for the better, sometimes it changes you for the worse. You can heal right, and you can heal wrong. That’s really what the book’s about: Healing right, healing wrong, and surviving.”

“As more stores are finding ways to operate and service their customers, our release schedule is under constant review,” said SVP and Editor-In-Chief of DC Comics Bob Harras. “From placing orders to on sale, moving Batman: Three Jokers to August will enable more stores to order and sell this incredible story that Geoff and Jason have crafted.”

Each issue of the book will be an oversized 48 pages. It will be part of DC’s Black Label, which is intended for mature readers. That means we can expect things to get violent.

So what do you think? Are you excited for Batman: Three Jokers? Will you be picking up the first issue in August? Join in on the conversation over on Facebook or Twitter! 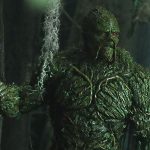 Swamp Thing Series is Heading to The CW
Next Post 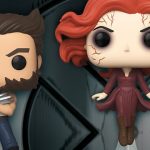