QUIZ – Which Of These Comic Book Crossovers Really Happened? 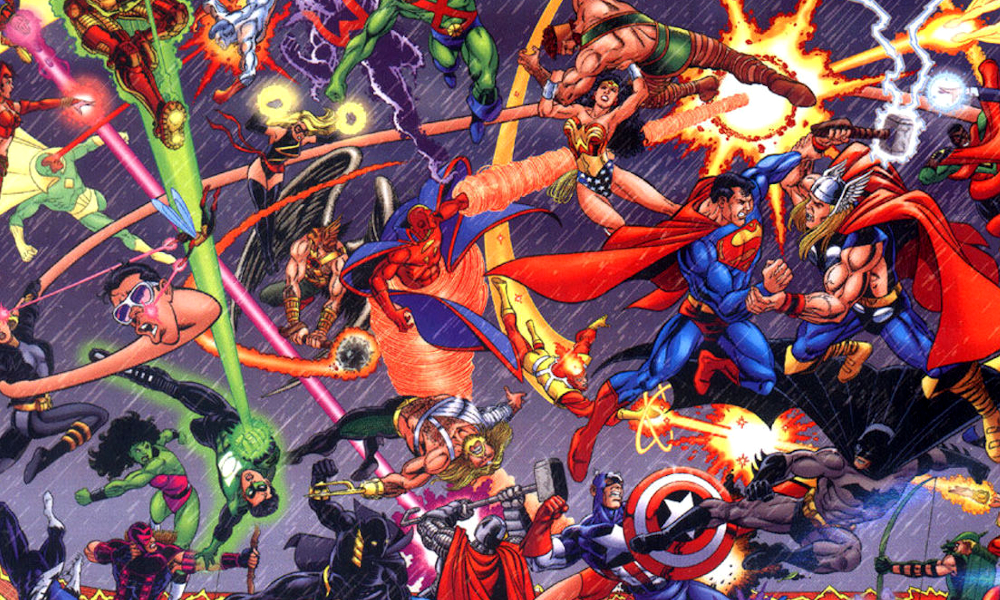 One of the most interesting and exciting concepts in fiction is the crossover.

Who wouldn’t want to see Freddy Krueger versus Pinhead, Michael Myers versus Jason Voorhees, Godzilla versus the Cloverfield monster, James Bond versus Jason Bourne, Harry Potter versus Sabrina the Teenage Witch or Buffy the Vampire Slayer versus Blade?!

Well, that’s one of the main perks of comic books – crossovers are a regular occurrence, because two publishing houses working together and drawing characters interacting with each other is a lot easier than getting movie and television studios to do the same (which is a shame, because the idea of inter-company superhero movie crossovers is absolutely mouthwatering!).

With that in mind, we’d like to test your knowledge of comic book crossovers with this quiz. Do you think you can identify which of the crossovers listed really took place on the pages of a comic book?

Let’s get started and find out…