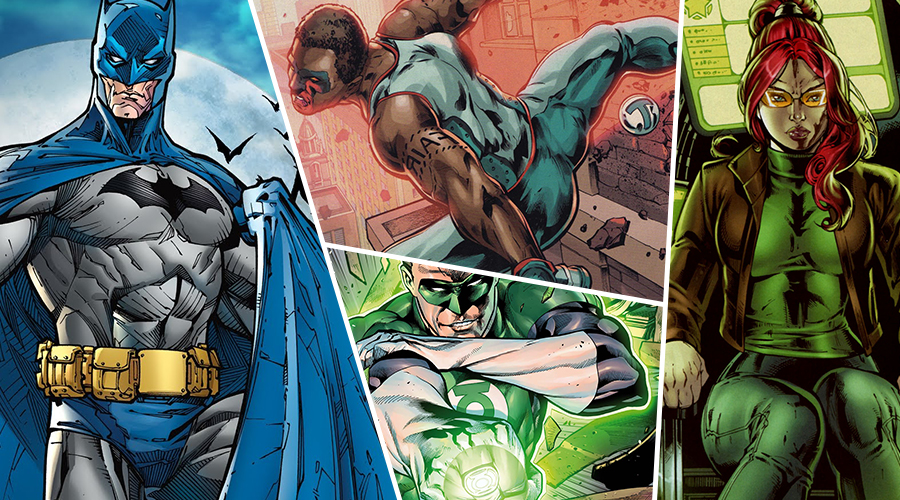 The primary truth of the question Who would win in a fight? is that any character could honestly beat any other character if the writing were strong enough. Buuuuuuuuut that doesn't make it less fun to speculate.

Hey, Iron Man is pretty great, but which DC characters could pummel his ass into the ground? Here are our brackets.

First up, our challenger, Anthony "Tony" Stark, the Iron Man. Stark is smart, physically fit, and has a vast amount of money and resources. And then there's the whole fleet of giant murderous robot suits thing. But that doesn't make you invincible, and if Stark ever steps into the DC Universe, here's who would shove him back through that portal. 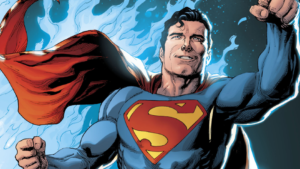 Look. Tony Stark is a smart man. His suits are powerful pieces of technology. But Superman is friggin' Superman, and he will demolish you. He will pop you out of that tin can you call armor like he's squeezing toothpaste out of a tube.

Iron Man might work hard in preparation, but the Man of Steel will nevertheless mess him up.

All kidding aside, Superman is used to fighting people who leverage Kryptonite against him, and with the low-level cancer-causing effects of Green K, odds are that Tony wouldn't want to use it for long, which would rob it of most of its effects. 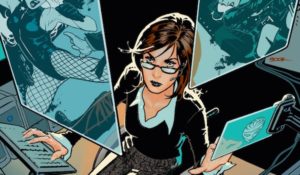 Tech-iest superhero is a good tagline, but when your entire "thing" is operating a huge, computer-based weapon, you really do not want to get hacked.

And if there's one DC hero who could get into The Iron Man and bring it down from the inside, it's Barbara Gordon, aka Batgirl, aka Oracle. Even hidden away in a wheelchair in her secret Birds of Prey hideout, Stark wouldn't know what hit him. By the time he found Barbara, he'd be too busy playing an involuntary game of Stop Hitting Yourself to do anything about it.

Tony's suits are pretty darn hack-proof. I don't even think Batman could do it. But Oracle's whole thing is that she’s a computer genius. She has the hard advantage in this one. Tony can throw up firewalls and use as much Norton Antivirus as he wants, but when Oracle turns her sights toward you, there's nothing you can do.

Even wheelchair bound, Barbara could bring Stark to his knees. 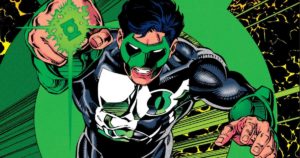 Look, The Iron Man may be a pretty powerful piece of technology, but its power isn't unlimited. And the honest truth is that no one can switch suits faster than a man can think.

Kyle Rayner has always been depicted as the imaginative Green Lantern. Alan Scott's ring spat fire, Hal's showed off a space age simplicity, John's was architecturally backed, and Guy's flowed with sparks of energy and rage. But Kyle was an artist. The things he designed with his ring were beautiful and unique.

A whirlwind of imagined combatants powered by the most powerful weapon in the known universe? Check and mate. 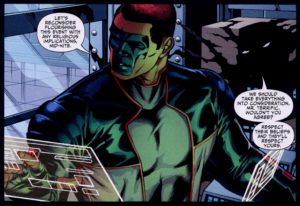 Iron Man went up against Kree Armadas. He fought Thanos. He stood proud against Galactus. But at the end of the day, you can't fight what you can't see.

Mr. Terrific is the third-smartest man in the DC Universe. That's pretty friggin' smart. And his T-Spheres and mask give him tons of special abilities. Primarily, he’s able to become invisible to technology. No matter how good Tony's scanners are, they still can't pick up Mr. Terrific. In order to fight him, he'd have to pop open that mask of his, and therefore lose all the scanners and feedback he'd normally have right in front of him.

Essentially, it would be a toss up between fighting with none of his tech easily at his disposal and fighting without the ability to see his opponent, and neither is a good option. And when you have two geniuses fighting, always bet on the one who's able to use all of his tools. 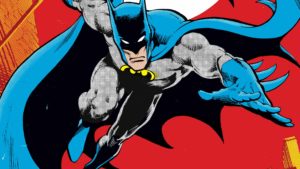 Do I even have to justify this one?

Batman's smart as hell. So's Iron Man. But it's a different kind of set-up. It's hard to fight a guy who's used to going up against friggin' Darkseid with a rope and a smoke pellet.

Batman is also very good at fighting people. He's good at maneuvering around lines of sight and scanners. But in a fight, it isn't Batman's strengths that you need to think about; it's Iron Man's weaknesses. Tony Stark is brilliant, but he's also incredibly cocky, and therein lies the problem.

In a straight fight, Tony would not take the powerless guy who dresses up as a bat with a cape seriously. He would roll his eyes and make fun of him. And by the time he realized that was a mistake, he'd be unconscious six ways from Sunday. Sorry, Stark, but you aren't the best billionaire playboy turned superhero.

And there you go: Five characters who could probably mop the floor with Iron Man. But, again, these are all fictional characters and any one of them could any of the others. 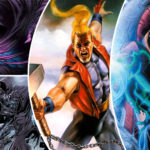 Top 10 Heroes Who Failed to Make It Big
Next Post 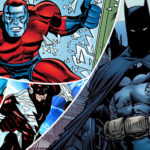