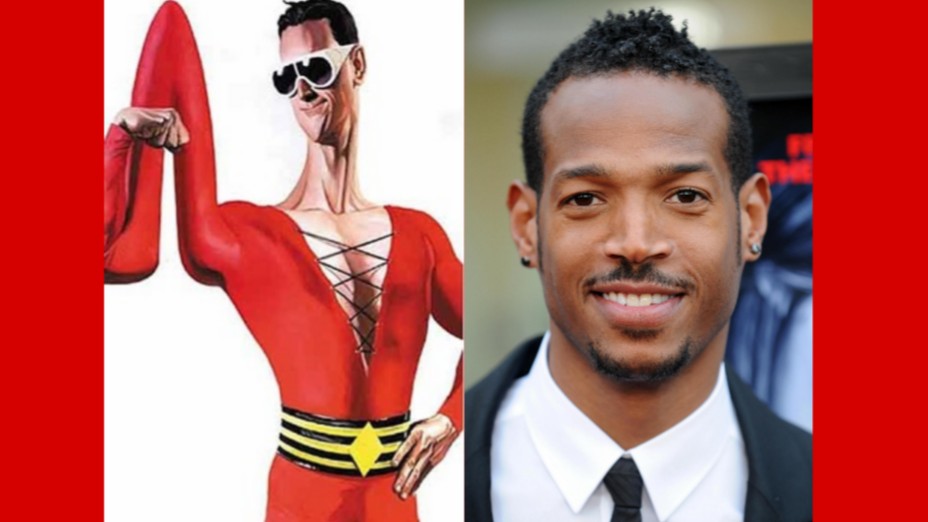 If the Plastic Man movie ever gets made, Marlon Wayans wants in. We learned in December 2018 that a film based on the stretchy DC hero was in development at Warner Bros., with Amanda Idoko set to adapt the character for the big screen. No official updates from the studio have come our way since, but that hasn't stopped a few contenders from emerging for the lead role.

Marlon Wayans, known for comedies such as the Scary Movie franchise, is currently promoting his latest Netflix effort, Sextuplets. As reported by Screen Rant, the comedian is down to play the part, should the opportunity come up.

"I would love to play Plastic Man," Wayans said. "I think he works with the comedic skill set that I have, in terms of how I'm physical, I'm bendy. And I think it'd be cool to just do it without"¦ You know, what's great about Black Panther is he's a black superhero, right? But sometimes [it's fun] to just do something. Like, you wouldn't think Plastic Man was a black guy, but it's not black - it's just, he's plastic. I think it'd be fun for me, because I know I got to add my humor to it. The only two superheroes I ever really wanted to play was Plastic Man and The Mask. Those are the two superhero films I would love to play."

Plastic Man, for those who may not know, debuted in the pages of Quality Comics back in 1941 before eventually becoming part of the DC Comics Universe. Plastic Man's alter ego is Patrick "Eel" O'Brian. He is a former criminal who attempted to do some good after gaining his powers, which he gained after being shot during a heist that went south. He was covered in a strange chemical and wound up with powers similar to that of Reed Richards of Fantastic Four fame.

But Wayans has some stiff competition. The internet is in love with the idea of Ben Schwartz, known for his work on Parks and Recreation, playing the part. Earlier this year at CinemaCon, the actor explained, he feels, this is a property that could be a big hit.

"If you look at the original Plastic Man, he's a thief, he gets these superpowers, and then he uses his connections with being in the crooked world to aid the police," Schwartz said in an interview with Comicbook.com. "But in my head, how much fun if he was a thief, got superpowers, and was like, "˜Screw it, I want to keep being crooked.' But he's also, if you look at the cartoons or the other iterations of him, he's funny! He's so funny. And I think what Ryan Reynolds and Tim Miller did with Deadpool, you could have a funny superhero in DC. Shazam! just did it and I think it's gonna be great. That's it, I just love that character a lot. I think I'd get to be goofy if I ever got the chance to do it."

So what do you think? Is a Plastic Man movie a good idea? Should one of these actors play him? Or should it be someone else entirely? Sound off in the comments!