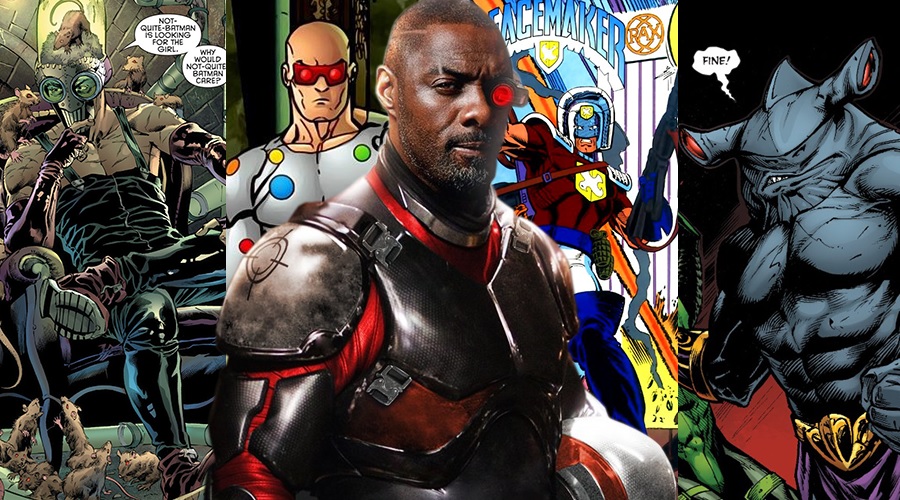 A new report has arrived, purportedly revealing the team roster for James Gunn's The Suicide Squad.

With Idris Elba entering negotiations to replace Will Smith as Deadshot, we are certain about one character that will appear in the upcoming Suicide Squad sequel. The same report that blazoned Elba's casting also suggested that Gunn is putting together a team mostly with characters that weren't part of David Ayer's original movie. This falls in line with the part of DC Entertainment's announcement about the Guardians of the Galaxy director's recruitment that pointed towards him bringing a completely fresh take to the franchise.

But thanks to Collider, we no longer have to speculate about the team roster for the August 6, 2021 release. The entertainment website has come up with the names of four characters that, according to their sources, will be members of the titular team alongside Deadshot"¦ unless, of course, a late rewrite of the script changes things.

The first of the four is the Ratcatcher. The character created by Alan Grant, John Wagner, and Norm Breyfogle in 1988 has always been a male in the pages of DC Comics – his name being Otis Flannegan. Gunn, however, is looking to introduce a gender-swapped version of the supervillain with the ability to control an army of rodents, to be played by an actress of unspecified nationality and ethnicity. The Suicide Squad's script apparently positions Elba's Deadshot as a surrogate father of sorts to Ratcatcher.

Nanaue, aka King Shark, is also included in James Gunn's version of Task Force X. Ayer too had originally planned to use the character created by Karl Kesel in 1994 but eventually replaced him with Killer Croc as he wasn't comfortable having a full CG character. But having tackled a talking raccoon in the past, Gunn wouldn't mind the challenge of bringing a humanoid shark to life. 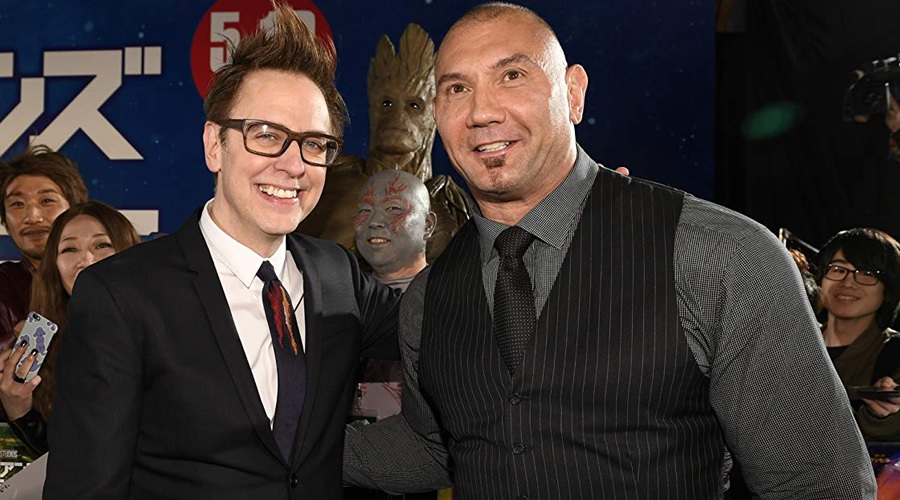 It seems like James Gunn has a role for Dave Bautista in The Suicide Squad! (Photo Credit – Disney)

Abner Krill, aka Mister Polka-Dot (currently referred to as Polka-Dot Man), is another member of Suicide Squad 2’s new team. Created by Sheldon Moldoff in 1962, the supervillain dons a costume covered with polka-dots. These dots, when removed from the costume, enlarge in size and turn into various different weapons or devices. Mister Polka-Dot controls these dots with his belt.

The last character that Collider can confirm to be in the new team is Christopher Smith, aka Peacemaker. The character, created by Joe Gill and Pat Boyette in 1966, has motives driven by an extremist form of pacifism, making him love peace so much that he would kill for it.

According to the website's sources, Gunn would like Dave Bautista to take on this role. This makes sense as the wrestler-turned-actor has been a staunch defender of Gunn, publicly criticizing Disney for firing the filmmaker from Guardians of the Galaxy Vol. 3, threatening to quit the Marvel Cinematic Universe, and even expressing interest in joining The Suicide Squad.

As for which characters from the original movie would return in the sequel, Collider has nothing solid. But with principal photography expected to commence in September, we should get some clarity in the coming months.

What do you think about the alleged team roster for James Gunn's The Suicide Squad? Share via comments and stay tuned for the latest updates!