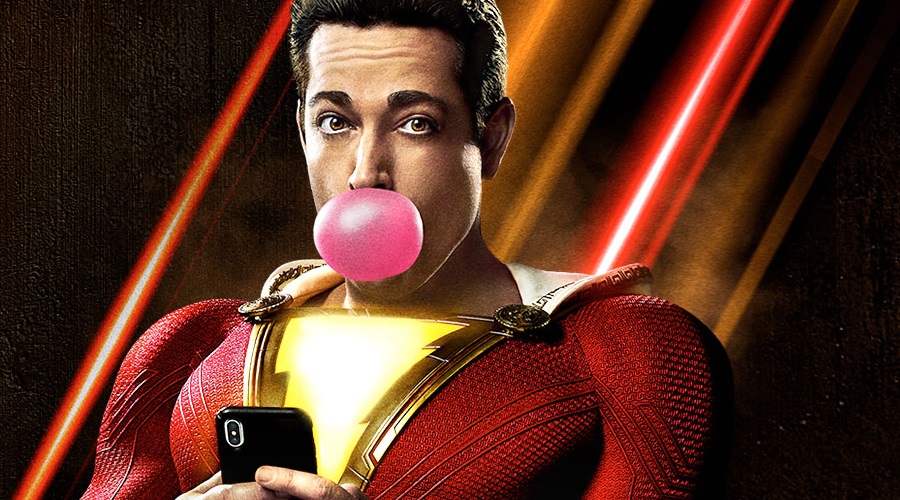 The first reactions to Shazam! seem to indicate that Warner Bros. has managed to deliver two superlative DC Comics-based movies in a row after a really long time.

We could already sense that Shazam! had everything to win over the critics when Warner Bros. decided to lift the social media embargo for the movie nearly a month before it arrives in theaters. Now with the embargo lifted, the first reactions have surfaced on Twitter, and they point towards the David F. Sandberg flick being another win for DC, just like its forerunner: James Wan's Aquaman.

As you can check out below, there's hardly any critic complaining about anything in the movie. They all seem to adore it for its heart and humor, as well as for the performances of the Zachary Levi-led cast and the direction of Sandberg. Here's a collection of the first reactions!

loved #Shazam. It’s super fun, very funny (a few times people were laughing so loud I missed dialogue), and exactly what they set out to make: ‘Big’ meets Superman. @ZacharyLevi is perfectly cast but the real surprise is @Jgrazerofficial as Freddy Freeman. Steals the show. pic.twitter.com/ssvs8Dwc2P

DC is finally building a solid run: #Shazam is a delight! Its familiar origin structure is forgivable because of all the new it brings to the table – primarily it’s gleeful, childlike enthusiasm, & heartfelt perspective on family. It’s also the role Zachary Levi was born to play. pic.twitter.com/5zXtfFDBGm

#Shazam is an absolute delight! Super vibrant, tons of heart & a great fun-loving vibe. The family element is a big charmer & so is the humor that comes with watching @ZacharyLevi explore his new powers. Said this after IT but it’s worth repeating – @Jgrazerofficial is a star.

Shazam! is another win for DC. Sure, the humor & action you’d expect from a superhero film are there, but #ShazamMovie stands out because of the emotional, family story at its center. I had some small issues with the hero/villain aspects but the family stuff is dynamic & powerful pic.twitter.com/FYM3QVp5hu

Finally allowed to say that #Shazam was fantastic! Full of heart and pure childhood wish fulfillment. It’s funny and the tone is exactly right. @zacharylevi is perfect in the role, and so is @asherangel, who I’m convinced is @maisie_williams‘ brother! pic.twitter.com/DXhp2ZBteR

#Shazam was damn near PERFECT in my book. My FAVORITE DC movie (DCEU? What are we saying now?) by far. Pure of heart, incredibly funny, full of in-jokes and references. Brought me a childlike joy to watch. This role was MADE for @ZacharyLevi… & Jack & Asher & the entire cast pic.twitter.com/rVrxjcwvCe

#Shazam is an incredible film. It is full of heart and humor. The kids are phenomenal and have great chemistry. Zachary Levi was perfectly cast and the action was awesome. This is one of DC's best! pic.twitter.com/VSpHbSDjBM

#Shazam is such a brilliant movie. It's so tremendously fun, and incredibly scary at some points (thanks, David F. Sandberg!). It blows away every expectation and is my new favorite DC movie. pic.twitter.com/DlpymCukTP

I absolutely loved #Shazam! It’s my favorite DC film yet. Zachary Levi as Shazam was perfect casting and the kids absolutely steal the show. It’s an amazing family movie with dope fight scenes and great humor! You guys are going to love it. pic.twitter.com/pZd5oORVA3

#Shazam is as liberated a comic book movie for DC as Deadpool was for Fox-Marvel;, not in the latter's profanely meta way but in a similarly hilarious, lovable, and oddly sweet manner. It makes you understand why Shazam the character has endured for eight decades. pic.twitter.com/zgsfmagVML

#Shazam is big, goofy, lovable, and unlike anything DC has done before. Definitely in the vein of Tom Hanks’ BIG, but with superhero action & lots of Batman and Superman references. I dug this film so much I wanted to give it a bear hug at the end. DC’s movies keep getting better pic.twitter.com/WQJgo61gMg

.@ShazamMovie Electrifies the DCEU! @ZacharyLevi is absolutely awesome as #SHAZAM Check out my reaction video! pic.twitter.com/iZgUaixRMR

Shazam! is the superhero film that you never knew you needed. Zachary Levi was born to play this role. Ridiculously entertaining & non-stop fun from start to finish. Loved every character & all of the pop culture references. This is what going to the movies is all about. #Shazam pic.twitter.com/SxCcCTy2ZB

Shazam showcases Zachary Levi’s charm and charisma as an actor and has a heartfelt and inspiring message at its core. Despite the dark tone in parts, it ends up bringing about lots of laughs and fun for all. #shazam #shazammovie pic.twitter.com/nyK1fWgykE

#Shazam is parts Home Alone, parts Big, a crowd pleasing family-friendly joy-filled wish-fulfillment superhero film which gets a bit over the top and cheesy at times. It's fun and funny, and I was surprised at how much it wears it's heart on its sleeve.

#Shazam is emotionally uneven, yet absolutely FUN. @ZacharyLevi perfects Shazam, though @Jgrazerofficial is the real hero here. All in all, it’s an average superhero movie – but it’s one that feels like a breath of fresh air. pic.twitter.com/zwfG1hqidE

Are you looking forward to watch Shazam! in theater on April 5? Share via comments and stay tuned for the latest updates!