DC is pulling out all of the stops to celebrate the 80th anniversary of Green Lantern. The publisher has announced Green Lantern 80th Anniversary 100-Page Super Spectacular #1, which is set to hit shelves this spring and will honor the characters eight-decade legacy in comic books, dating all the way back to the original man to take up the mantle, Alan Scott.

Green Lantern is one of the most enduring superheroes in all of comics. His legacy predates DC Comics, as his first appearance was in the pages of All-American Comics #16 in May 1940. He was created by artist Martin Nodell and writer Bill Finger, who also went on to co-create Batman. In addition to the original Alan Scott, the book will tell tales about others who have held the title such as Hal Jordan, John Stewart, Guy Gardner, Kyle Rayner, Jessica Cruz and Simon Baz.

Outside of the comics, the character has appeared in a number of animated projects and, most famously, the disastrous live-action movie starring Ryan Reynolds, which was released in 2011. At present, a TV series is being produced for the HBO Max streaming service, and the Green Lantern Corps movie is still in development at Warner Bros., which will connect to the DCEU, but we haven’t heard any significant updates on the project in quite some time. The landscape of DC Films has changed a lot since Justice League was released, which did include a brief Green Lantern cameo as well.

So what do you think? Are you excited about this celebration of all things Green Lantern? Will you be picking this up when it arrives in a few months? Join in on the conversation over on Facebook or Twitter! 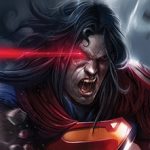 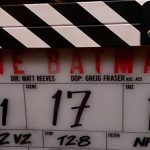