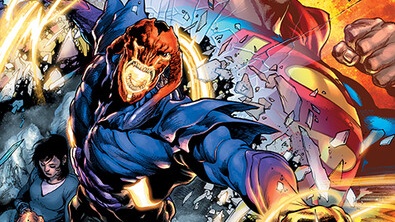 A new Superman villain is coming to DC Comics this fall. The publisher has revealed some initial details regarding Superman #25, which is set to hit stores in September. While details are still being kept under wraps, a new villain named Synmar will be introduced in the book. Per the description, it sounds as though this will be a formidable foe for the Man of Steel.

Here is a synopsis for Superman #25.

“A colossal new threat to Superman, the planet Earth, and the DC Universe arrives on the scene in this extra-sized anniversary issue! This unique warrior called the Synmar was created to represent an entire alien race. He’s trained his entire life—but for what purpose? As the antithesis of everything Superman stands for, Synmar launches his aggression toward Earth—to destroy the Man of Steel and every being on the planet! This is what Superman was born to protect us from!”

Superman has stopped a number of huge threats over the years. Doomsday, Darkseid, General Zod. What remains to be seen is how Synmar will compare. The fact that DC says this new threat is what Kal-El was born to protect the Earth from is a bold statement.

“I can’t wait for fans to check out this issue,” said writer Brian Michael Bendis. “Ivan Reis returns for this issue and this is some of his best work I’ve seen yet. Along with that, we’re introducing a new surprise or two and a new threat, Synmar.”

This will be one of two Superman titles hitting shelves in September. While Action Comics #1025 won’t feature a new Superman villain, so far as we know, it will include Supergirl and multiple versions of Superboy.

Here is the synopsis for Action Comics #1025.

“Welcome to the ‘House of Kent!’ Superman’s truth is out there—and now it’s time to rewrite the rules! The Invisible Mafia has taken advantage of the chaos that’s descended on Metropolis, so the House of Kent is going to talk to them in a language they’ll understand. It’s a new adventure featuring Superman like you’ve never seen him—or them—before, in a story guest-starring Supergirl and two—yes, two!—Superboys!”

So what do you think? Are you excited to see this new Superman villain in action? Will you be reading either of these books? Join in on the conversation over on Facebook or Twitter! 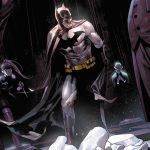 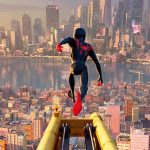 Spider-Man: Into the Spider-Verse 2 is Officially Underway