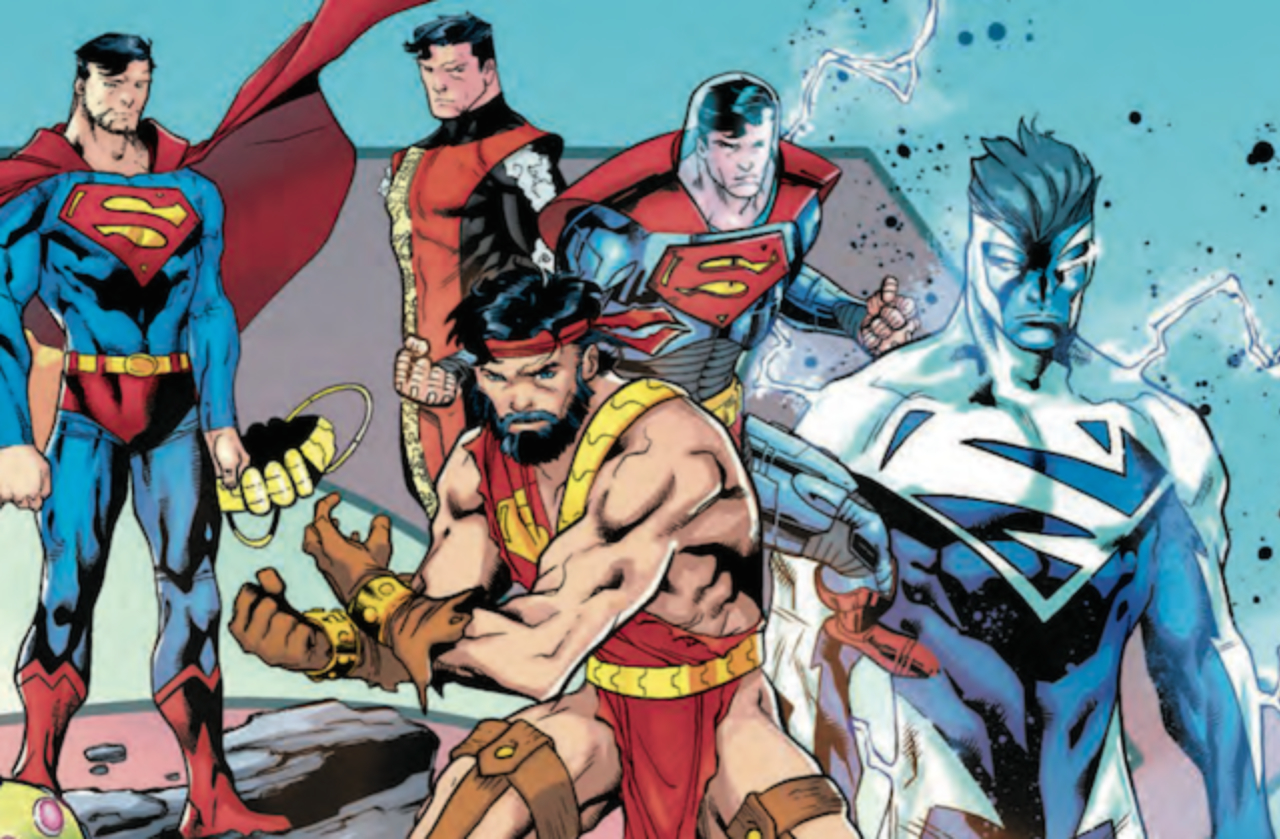 Last time, I took a look at Superman's underrated rogues gallery. This week, I want to turn a friendlier light on those who help Supes do battle with the forces of evil. From super teens to super pets to non-super regular folk, here's my favorite assortment of Superman's pals.

Look, cloning the best person of all time isn't the greatest of ideas. Like, you're really testing the whole nature vs. nurture thing, and rolling the dice that the super powerful godlike being you just created decides not to conquer the earth. But thankfully, it worked out, and Superboy came out okay.

The dude managed to grow up into just kind of an occasional jerk, as opposed to insisting that everyone refer to him as "the new overlord of the planet Earth, or as it is now called, Superboy-topia". And that's even more shocking, given how the non-Superman half of Superboy's DNA came from Lex Luthor.

But Kon-El managed to grow up, with the influence of other superheroes, like Supes himself and the Young Justice/Teen Titans squads. When he was given the chance to live with the Kents, he took it, and formed a life in which he had the parents he was so long denied. Eventually, Superman came to terms with having a clone of himself bopping around, and he took a more active role in Conner's life. 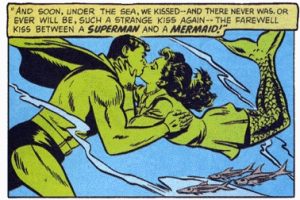 That's right, Superman dated a mermaid. It's cool; it was while he was in college. Experimental phase for us all. Had to find himself. And he found himself dating a mermaid. She is canonically Superman's third-choice lady. That's true! In the three wives of Superman, Supes married Lois Lane. Then he tried to give her super powers, and it poisoned her and she died. Then Superman married Lana Lang, but Lex Luthor put him in a death trap, and she gave her life to save him. Then Superman settled for Lori Lemaris. And she also died. 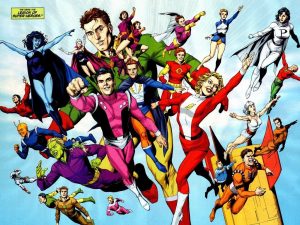 8. The Legion of Super-Heroes

Superman is an inspiration. Not just to readers, but to the people of the future.

In the 30th century, Earth was been welcomed into a united federation of planets. As a part of that unification, Superman’s heroics inspired the teens of various planets to band together as the Legion of Super-Heroes and save the planet. The three foremost members – magnetic Cosmic Boy, telepathic Saturn Girl, and electro-kinetic Lightning Lad – created the team with the backing of billionaire R.J. Brande after saving him.

When they got access to a time bubble, they decided to go back in time to meet their hero as a teenager. And, like a bunch of kids, they just played a series of cruel pranks on him to see if he was cool enough to hang out with them. But since then, Supes and the Legion have gotten closer, and they’ve become true friends.

Superman isn't just their inspiration, he's a legionnaire, as well. 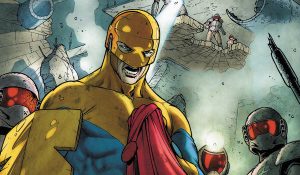 Jim Harper was a 1940s beat cop who fought the Nazis and crime on the streets of Brooklyn.

After he died, Project Cadmus salvaged his DNA, cloned him, and made him the facility’s security officer. Using his shield and his cool half helmet, Harper started fighting crime in Metropolis as a regular partner of the Man of Steel. At least, whenever Agent Liberty wasn't around.

What the hell happened to that guy? He used to be in all sorts of Superman comics for like, a long time. And then he up and vanished. Look, Agent Liberty is unofficially Number 11.

But back to The Guardian. He's one of my favorite underappreciated characters who really should get some more love. He was in Young Justice! And had a good role in  that cartoon as one of Cadmus's team leaders. Cool dude, Jim Harper. 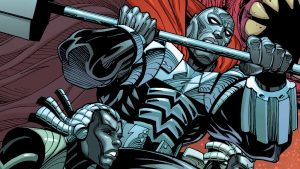 John Henry Irons was a genius and a bad ass, through and through.

As a weapons designer for Amertek, he created some of the most damaging tools in the DC Universe. But when those weapons fell into the wrongest of hands and a street gang got hold of them, Irons decided to do something about it. He built himself a super suit of armor and started calling himself The Man of Steel.

At the time, this nickname wasn’t in use, since its former holder had recently been claw-punched to death by the monster known as Doomsday. With his super suit, The Man of Steel became one of the four replacement Supermen, alongside Superboy, The Cyborg, and Eradicator. Notably, he was the only one who didn't either die, kill a city, or act like a total turdblossom.

When Superman came back from the dead, he gave The Man of Steel permission to keep on keeping on, albeit with the suggestion to maybe shorten his name to something that was less of a mouthful. And so, Steel was born! Over the years, he adapted, taking on a more tech support role for Superman. Sure, he often went out to hit stuff with his hammer, but he was pretty content to hang out and tinker away with his super cool toys. 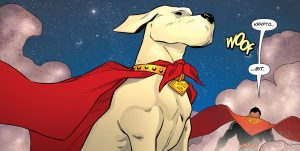 The number of people who lack respect for the truest of adorable bad ass Super Pups is truly astounding.

Krypto is Superman's favorite pet, and of all of the animal companions he's had over the course of his tenure, that's saying something. Krypto was the El family's pet pooch back on Krypton (yes, Krypton has dogs, that's just a thing you're gonna have to accept) around the time of Krypton's demise.

While testing the rocket technology that would eventually carry baby Kal-El safely to Earth, Jor-El fired Krypto into deep space on a path to Earth. The rocket was knocked off course by an asteroid storm, and drifted off into space. Jor-El, upon seeing this unsuccessful flight that resulted in a living thing potentially dying out in space, decided to stick his baby in one of those rockets. 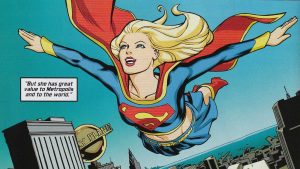 Supergirls. There have been many. Many, many Kara Zor-Els.

There was the Silver Age Supergirl, who came out of a rocket as a full teenager, got stuck in an orphanage by her jerky cousin Kal, and eventually died fighting the Anti-Monitor.

Later came Matrix, who was a literal angel, who was also Supergirl. She had fire wings. So, good on her. Fire wings are totes cool.

After Matrix went away, we got a brand new, Kryptonian Kara Zor-El in the pages of Superman/Batman. Kara came from the city of Argo, which survived the destruction of Krypton, only to have Brainiac return and destroy it. Kara was put in a rocket and sent to Earth, where she met her now grown-up cousin Kal-El. Also, she had to deal with the fact everyone she’d ever known was almost definitely dead. Yeah, Superman lost a planet too, but he was a baby. He wasn't forming memories. Kara knew and loved all of the people she had to leave behind. 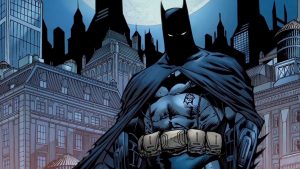 One of the worst character misunderstandings that has ever become popular in all of comic books is the idea that Superman and Batman aren't friends.

The Big Blue Boy Scout and the Guardian of Gotham are two of the most evenly matched friends in comics. The day and the night. The light and the dark. And it’s easy to see why they respect each other.

Batman, who became the hero he needed as a child, looks up to Superman as the heroic figure who could've helped him as a kid. And Superman, as someone constantly impressed by the human spirit, sees Batman as the ultimate example of that spirit. The duo are perfectly teamed, and have been friends since the earliest of days.

They're the oldest superhero friendship of all time. Before the Brave and the Bold, there was the World's Finest Team. And watching these two bounce off each other will always be one of my favorite things in comics. 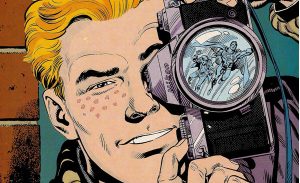 Jimmy Olsen is a necessary part of the Superman canon, and he's easily one of the best allies Superman has ever had.

Jimmy had numerous romantic foils, including Lois Lane's sister Lucy Lane, who was a nutcase monster lady with zero redeeming qualities on any front. Jimmy was a cub reporter for the Daily Planet, and in that capacity, he became close friends with Clark Kent. He also became buddies with Superman himself, and that friendship caused some unpleasant circumstances for him. Namely, he got kidnapped a lot.

Like, if you were a supervillain, and you couldn't kidnap Lois Lane (usually because someone else had already kidnapped her), you went for Jimmy Olsen. To help, Superman gave Jimmy a Superman Signal Watch, so he'd never be without help from his best friend. 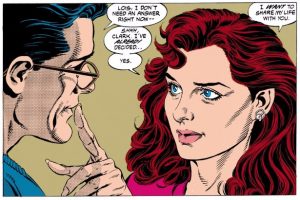 Of course Lois had to be on this list. What am I, an idiot?

Lois isn't just Clark Kent's girlfriend and wife; she's also a vital part of his team. As the world's greatest investigative reporter, Lois spends much of her time risking her life, going undercover, and writing stories. I love the characterization of Lois as a bad ass reporter who doesn't take any s**t from anyone.

She was raised as a military brat, for God’s sake. You don't grow up as the daughter of General Sam Lane without emerging as a stone-cold bad ass. A lot of people joke about how often Lois is put in danger, but that’s because she throws herself into dangerous situations to get the story. The call of the job matters above all else, and she will do anything to expose evil and root out corruption.

We say that Superman fights for "truth, justice, and the American Way", but really, when you get right down to it, that's Lois Lane in a nutshell.

And there you have it! Superman's super best friends! I love Clark Kent's supporting cast, and I hope they’ll have bigger roles in the future. 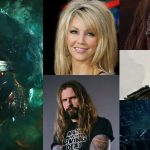 Guardians of the Galaxy Vol. 2: Easter-Eggs and References
Next Post 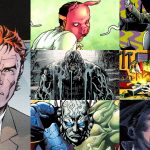 The Batman: Characters for Andy Serkis