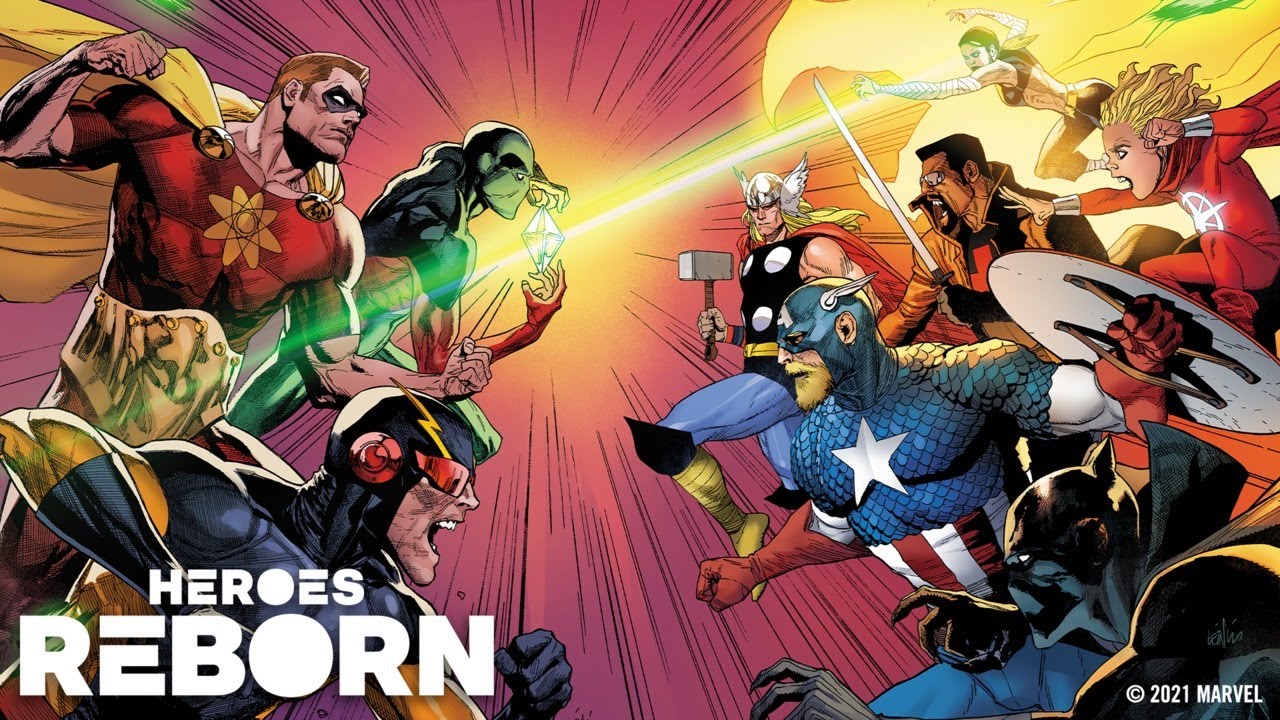 Marvel has released a brand new trailer for Heroes Reborn. The upcoming event is set to explore what the world would look like without the Avengers. It has the namesake of the classic event from the 90s. However, it is to be compared in name only, as this is going to be a wildly different ride. Have a look.

As we can see, this will give us a look at an alternate version of the Marvel universe. It asks a simple question; what would happen if the Avengers never came to be? Many of the heroes and villains we’ve come to know over the years would live radically different lives. The world they live in would be deeply different. Whereas the original event transported some of the publisher’s key characters to a “pocket universe” that allowed for a soft reboot, this is more of a “What If?” tale. Or so it seems.

Here is the synopsis for Heroes Reborn #1.

“Welcome to a world where Tony Stark never built an Iron Man armor. Where Thor is a hard-drinking atheist who despises hammers. Where Wakanda is dismissed as a myth. And where Captain America was never found in the ice because there were no Avengers to find him. Instead this world has always been protected by Earth’s Mightiest Heroes, the Squadron Supreme of America. And now the Squadron faces an attack from some of their fiercest enemies, like Dr. Juggernaut, the Black Skull, the Silver Witch and Thanos with his Infinity Rings. But why is the Daywalker Blade the one man alive who seems to remember that the entire world has somehow been…reborn?”

Writer Jason Aaron and artist Ed McGuinness are teaming up for the massive crossover event. The whole thing was spun out of Aaron’s recent run in The Avengers. And, as the writer has teased, this will have nothing to do with the Heroes Reborn of the 90s.

“This story really has nothing whatsoever to do with the original Heroes Reborn event,” Aaron said in a previous interview with ComicBook.com. “The only similarity is that this is a look into another version of the Marvel Universe, one familiar in some ways, but profoundly and fundamentally changed in others. I’m quite confident in saying it’s a world unlike any version of the Marvel U we’ve ever seen before.”

Aside from the trailer, Marvel has also revealed some new preview images, which we’ve included for you to check out below.

Heroes Reborn #1 hits shelves on May 5.

What do you think? Are you into this idea? Do you plan on reading along? Join in on the conversation over on Facebook or Twitter! 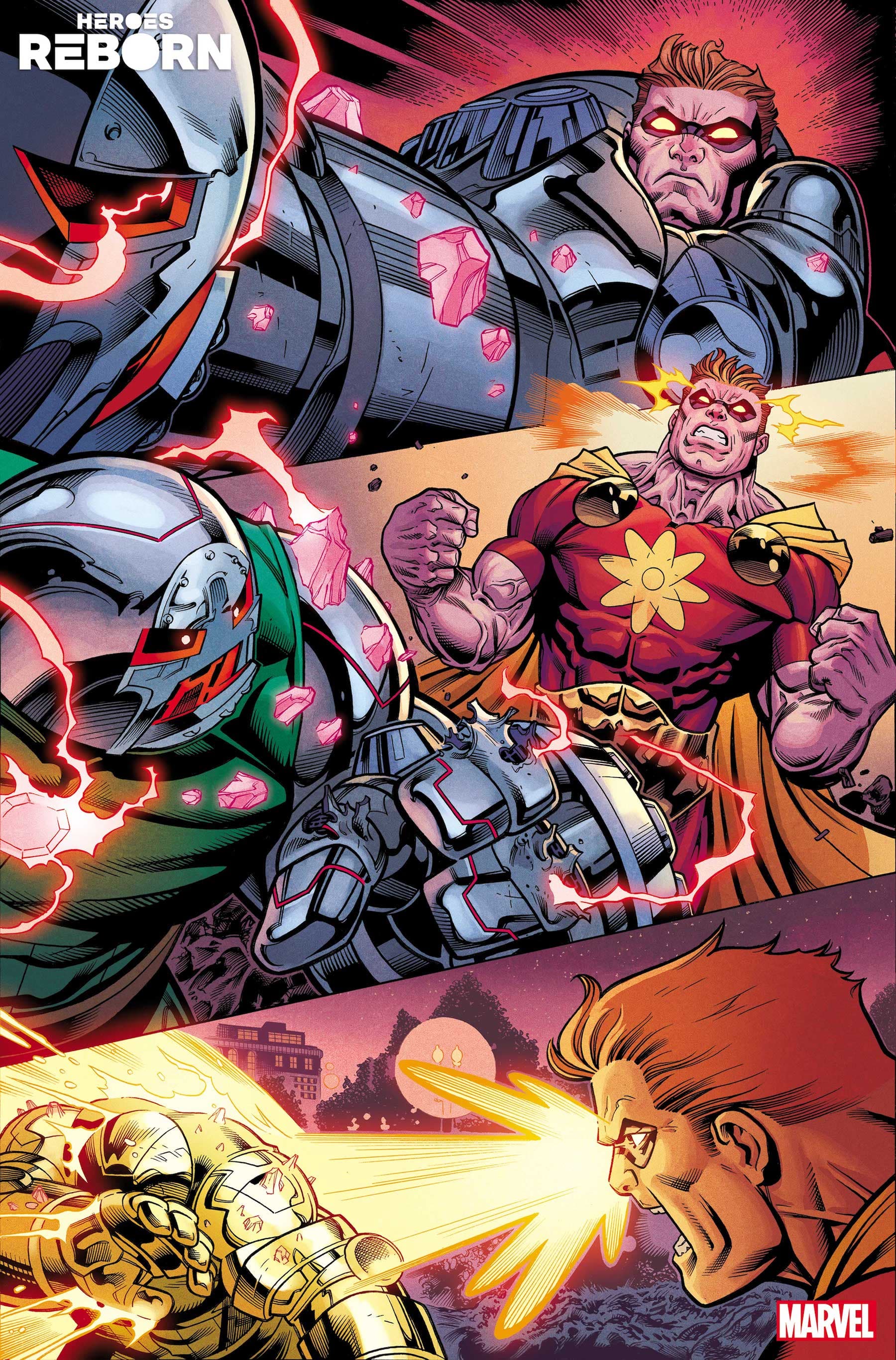 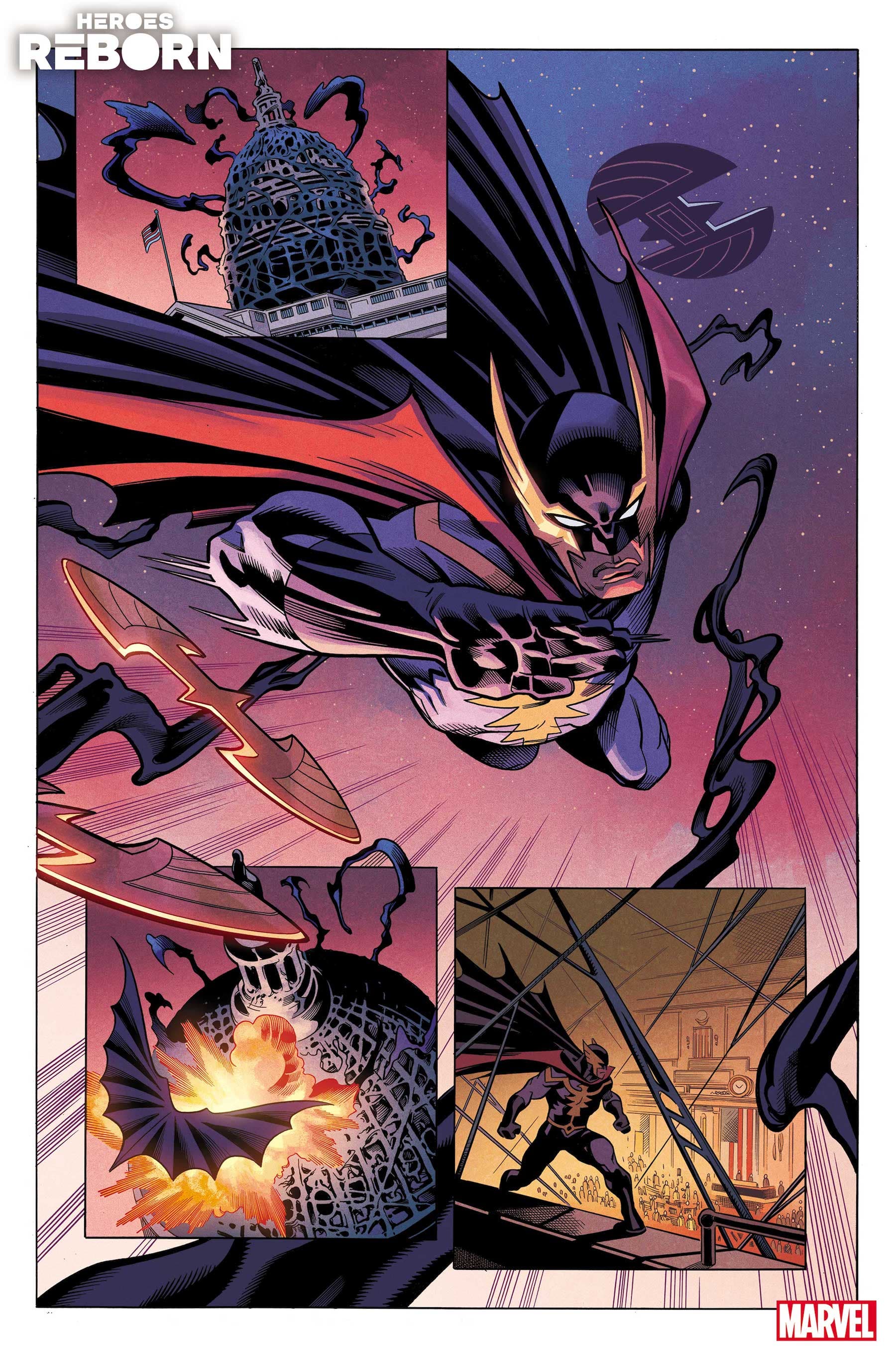 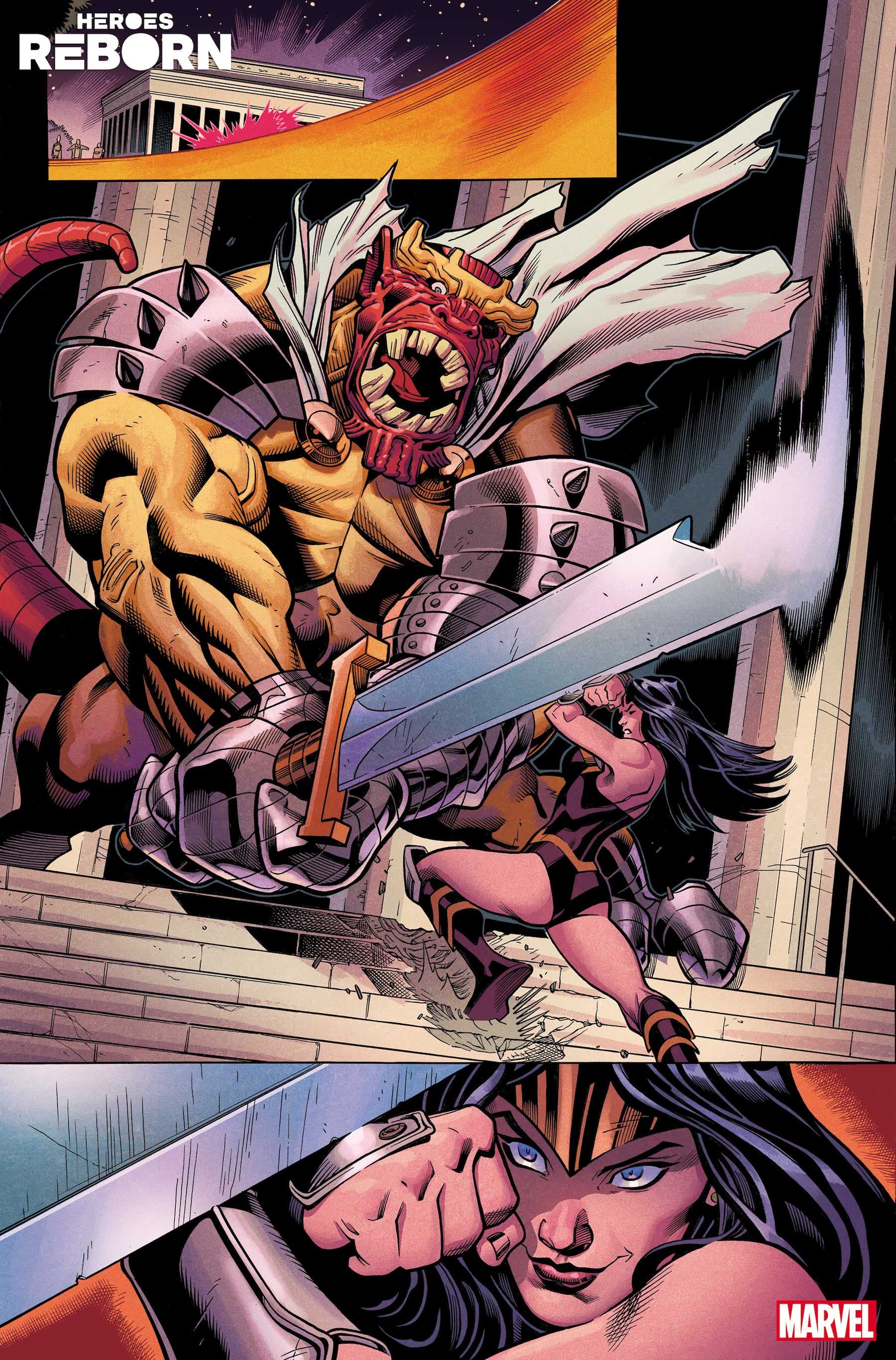 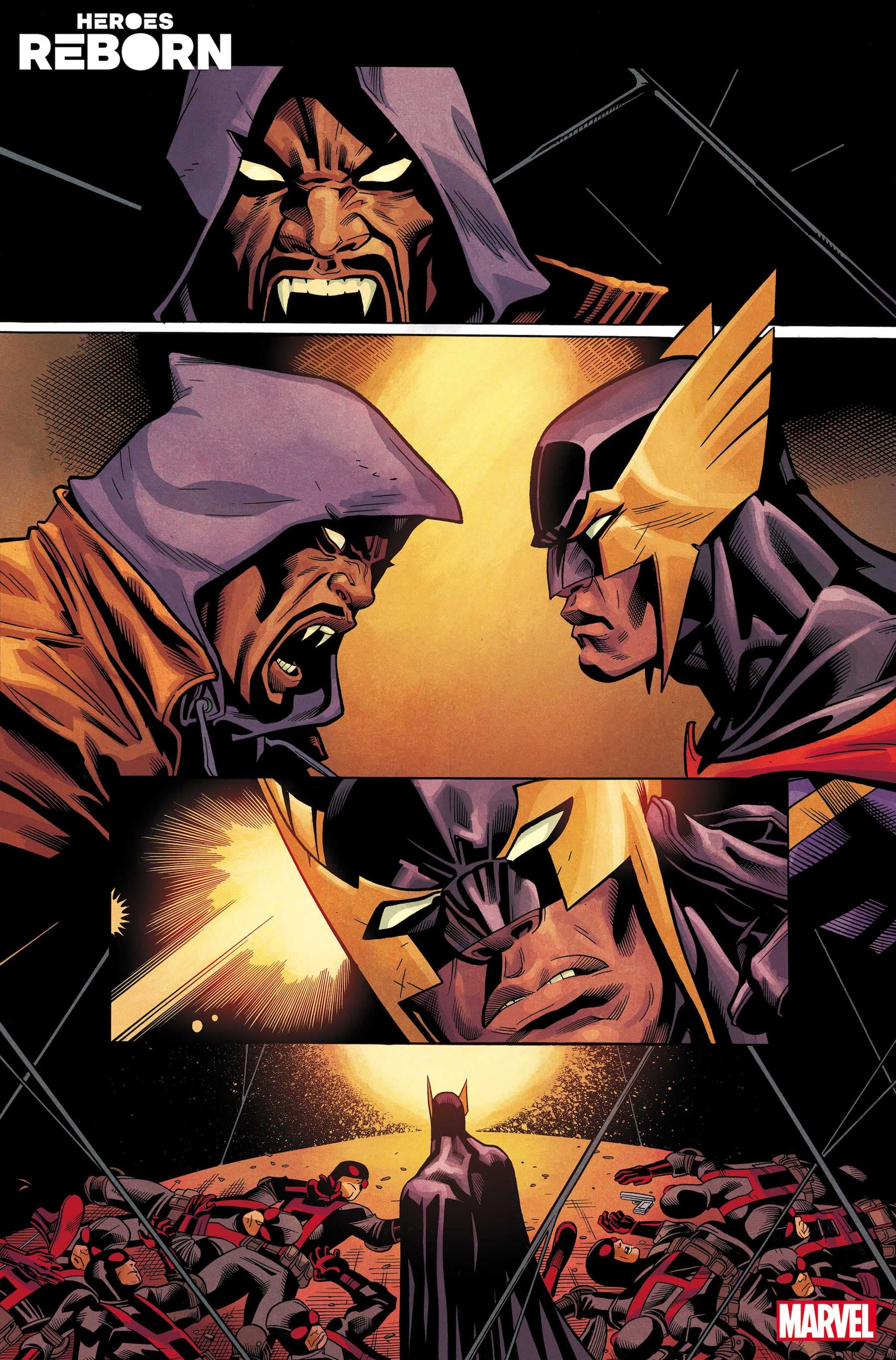 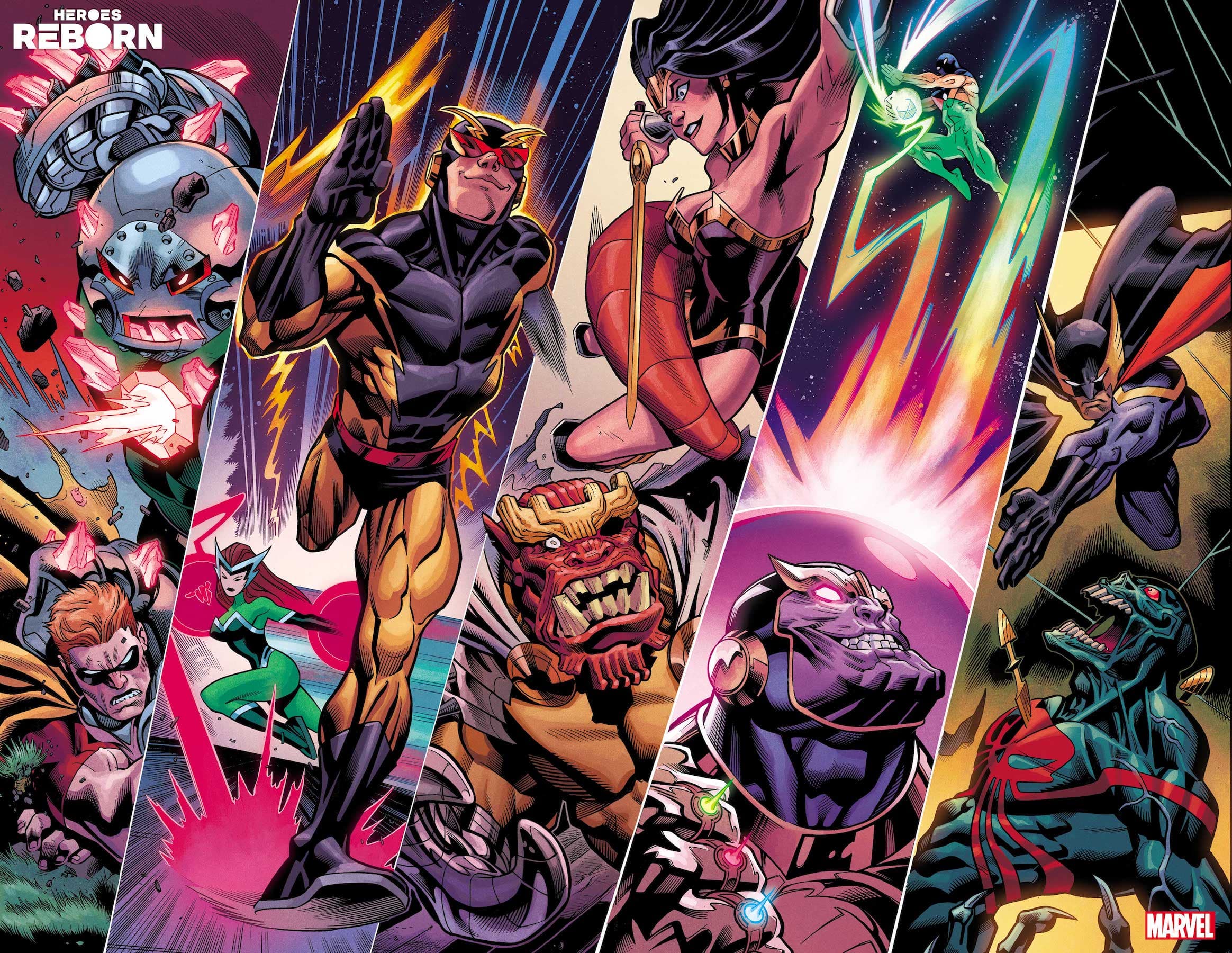 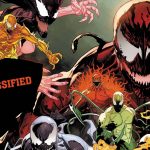 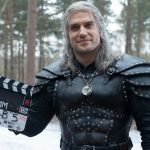