A My Little Pony and Transformers Crossover Is Happening 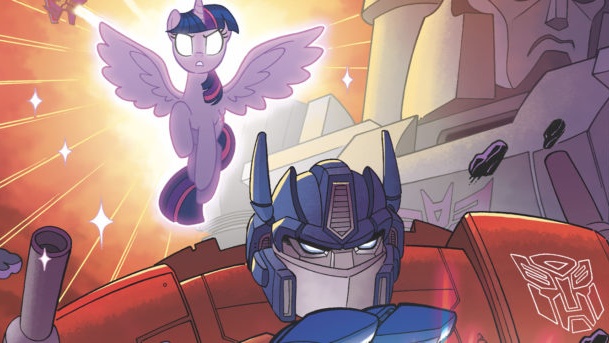 The team bringing the book to life includes writers James Asmus, Ian Flynn, and Sam Maggs, as well as artists Casey W. Coller, Jack Lawrence, Sara Pitre-Durocher, Priscilla Tramontano, and Tony Fleecs, who also provides cover artwork for the entirety of the series. Several pages of preview art have been revealed, which we’ve included below for you to check out. It’s truly something to behold, as it’s hard to have imagined we’d ever seen Optimus Prime teaming up with the likes of Twilight Sparkle.

“The writing I’ve gotten to do individually for MY LITTLE PONY and TRANSFORMERS  have already proven to be some of the most fun I’ve had in my career, so it’s pure joy to play them off each other,” says Asmus. “We’re making a wild mash-up unlike anything else in your comic collection. You basically owe it to yourself and your future happiness to get a copy!”

“It’s been a delightful challenge finding common threads between the ponies and bots. It’s certainly a fun and unique opportunity,” says Flynn. “I hope fans of both franchises can come together and enjoy this.”

“MY LITTLE PONY and TRANSFORMERS are two of my all-time favorite universes. Having written for them both previously, the idea of bringing the citizens of Equestria and Cybertron together is incredibly exciting,” says Maggs.

“Teaming TRANSFORMERS and MY LITTLE PONY has been a dream we’ve had for a long time,” says IDW Editor-In-Chief John Barber. “We’re all really excited to see this mashup of characters by a mashup of creators who are honoring the legacy of both universes… and doing it in the most bonkers, fun way imaginable!”

Here’s the synopsis for My Little Pony / Transformers.

“In MY LITTLE PONY / TRANSFORMERS, the scheming Queen Chrysalis casts a spell in search of changeling allies, but accidentally interferes with a distant Cybertronian Spacebridge… and brings the Autobots and Decepticons to Equestria! As the dust settles, it’s up to Twilight Sparkle, Optimus Prime, and others to overcome the menace of malevolent magic and machinery!”

While the two franchises seem entirely distant from one another, they both fall under the Hasbro banner and, aside from that, they both have wildly passionate fanbases. Sure, on paper something like Transformers vs The Terminator makes a bit more sense, but isn’t the beauty of comics as a medium, that it allows for things like this to happen?

So what do you think? Will you be giving this book a chance when it arrives in May? Is this something you’d like to see explored on screen, possibly in an animated series? Or maybe even a movie? Join in on the conversation over on Facebook or Twitter! 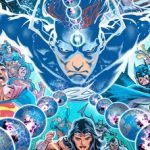 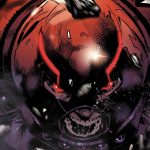