You either love the Transformers movies or you hate them - there’s no middle ground. But no matter what, the Transformers franchise is one of the highest grossing of all time, having managed to make almost $3.8 billion worldwide with just four movies. We could say that this is close to Star Wars level, although this could upset some people.

Sure enough, Michael Bay has proven himself as a crafty director, and one can recognize his style in an instant. There are the flags, there is the army, and there is tons of slow-motion. And this is what appeals to moviegoers, even if the movies do lack coherent storylines.

Mark Wahlberg is back (MovieWeb)

But, at the end of the day, the little kids in us always want to see giant robots fighting other giant robots - after all, no story is necessary when smashing two toys against each other, especially when the toys have names like Optimus Prime, Megatron, and Bumblebee. And especially when Transformers: The Last Knight mixes the giant robots with the legend of the Knights of the Round Table, the Nazis, and who knows who else.

As we’ve said quite a few times, no matter how good or bad the movie turns out to be, the Transformers trailers do get us pumped up. Check out the first trailer for Transformers: The Last Knight below!

Michael Bay's style is quite obvious here, right? And Anthony Hopkins, who narrates the entire trailer, is mesmerizing (even if what he’s saying doesn't really make any sense). Will you see this movie? We will.

Transformers: The Last Knight will be released on the 23rd of June 2017 – during a weekend without any competition.

We have no doubt that it will pass the billion dollar mark without much effort. 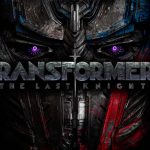 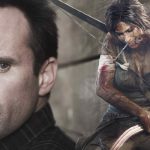