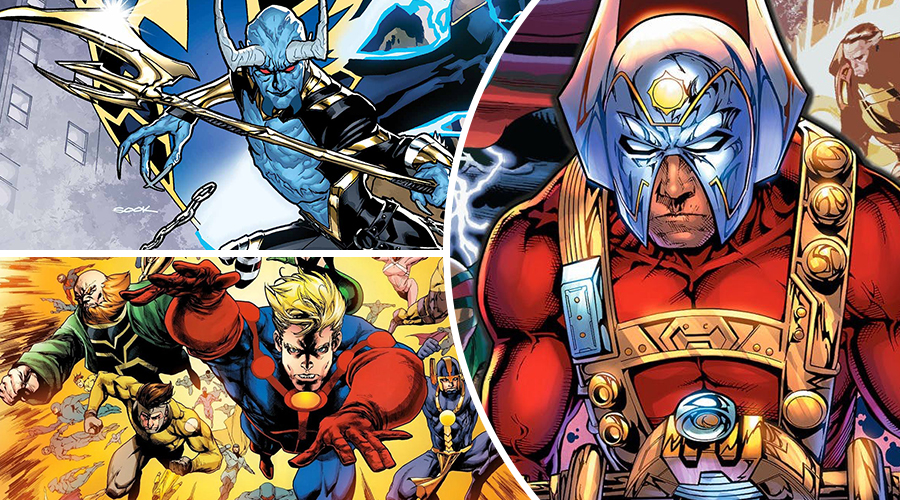 There are tons of gods and famous mythological figures just bouncing around all over the place. Heck, the Avengers and the JLA both had myriads of gods and mythological beings on their teams and/or starting lineups.

But let's compare. Let’s look at how each company took the same pantheons of godlike beings and integrated them in a completely different manner. Five sets of gods, two universes: Who did them better?

Is Marvel's Dark Avenger Ares better than DC's Wonder Woman Villain Ares? Mephisto vs. Neron? The New Gods and The Eternals? Does DC even have a Thor? We’ll answer all these questions and more in a timely fashion (or a National fashion if you prefer, lol). But, all in all, let's buckle down, do some praying, and lock down the gods of the DC and Marvel universes.

Who's stronger, who's better, who's more accurate? Here comes the ultimate showdown over who's more godly. 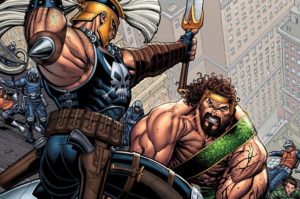 A recurring theme that we'll see throughout this whole thing is that Marvel's gods are presented more like aliens or dimensional travelers, while DC's gods are just straight-up gods.

And it's no different here. Marvel's Olympus debuted in the obscure "˜40s comic Venus, which stared the titular goddess. The 2000s series Agents of Atlas would eventually reinvent Venus.

But the Olympians’ prominence would actually come when a very different character was introduced. Originally introduced as a friendly rival of Thor, Hercules later became an Avenger, and he remained one on an on-again, off-again basis for some time. Olympus would have loose ties with the Marvel Universe until the Japanese god of evil, the Chaos King, attacked and Zeus died in the ensuing battle.

Hera took leadership, and the rest of the gods spread across the earth, waiting for their time to return. 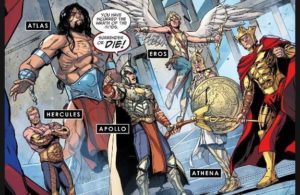 Mostly/entirely because of Wonder Woman, DC's Olympus is obviously much more prevalent than Marvel's version.

In this case, the most notable god is probably Ares, due to his role as a prominent Wonder Woman villain. His visual design is fantastic, and enjoys starting wars and trying to end the Earth. He's definitively more powerful than Marvel's version of Ares, just by virtue of having actual powers besides is very strong.

Neptune is also fairly significant, but largely as he relates to Aquaman and his lordship over the people of Atlantis. 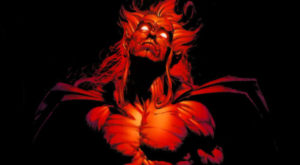 We'll get to the Christian god at some point. But first, we should talk about his opposite number.

Despite the shockingly small number of references to a "devil" in the actual canonical Bible, The Devil left a lasting impression on pop culture. Marvel's devilish side is actually quite populous. There's Azazel, who got retconned into being Nightcrawler's dad, because comics are sometimes dumb.

We also have X-Men and New Mutants villains S'ym and Nastirh, who usually fought Magik and eventually wound up causing Inferno. And they both also became techno organic? It's weird.

But Mephisto is the big one. Mephisto is pretty much THE Devil when it comes to Marvel comics. They also have a Lucifer who sometimes shows up in Ghost Rider, but Mephisto is the go-to demonic figure who fought Silver Surfer, the X-Men, X-Factor, the Avengers, etc. He's also the first person Thanos talked to after he assembled the Infinity Gauntlet. He's a good listener. 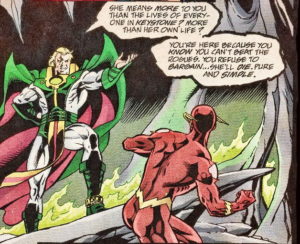 Like Marvel, DC has a number of Satans, including Belial, the three Lords of Hell, and the one we’ll focus on here, Neron. Neron first appeared in the ’90s event comic Underworld Unleashed, in which he appeared to villains across the earth and promised to supercharge their abilities in exchange for their immortal souls. That was pretty fun.

Most of these villains immediately said yes, and that was how we got Charaxas, aka Killer Moth, who at that time was an actual mothman. He also turned Blue Devil into a genuine demon, rather than just a guy in a suit, and that was definitely for the better.

Neron's creepiness is off the charts, and the neon green color pallet that goes along with him is all-time great. It practically glows on the page. Neron would appear on and off for decades, most recently popping up in Apollo and Midnighter. But as far as abilities go, he's nowhere near as strong as Mephisto. 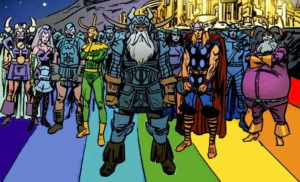 Like, were we not gonna talk about this? It's maybe the most obvious comparison point on this list. Marvel's Asgard rose to prominence through Thor and his ongoing tenure in the Marvel Universe. Odin, Loki, Tyr, Heimdall, Hela…all of them found their way into comic book canon. And they fit in pretty well.

The hot-headed Thor swings a massive hammer and shoots lightning at people; dude's practically made to be a comic book character. The Asgardians themselves went through Ragnarok multiple times, one of which resulted in their being stuck living over Oklahoma. More recently, however, they survived the vicious attack of Mangog, which resulted in the destruction of Mjolnir and the end of Jane Foster's tenure as Thor.

In the Marvel universe, Asgard is nothing if not resilient. As far as interpretations of the actual mythology go, it’s fine. But there isn’t enough of Loki turning into a female horse and giving birth to another horse with eight legs to suit my tastes. 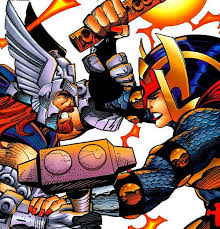 I mean, they also exist.

Look, Marvel hit the Norse mythology well so hard and so effectively that DC couldn't really do anything to top them. But fine. Let's see what DC did with Thor. In the forties, Thor was summoned by Adolf Hitler and mind-controlled with the Spear that stabbed Jesus into fighting the Justice Society. Huh. Well that's rad as hell, and I think I underestimated how badass DC's treatment of the Norse gods could be.

Odin was most prominent during the tenure of forgotten Brave and the Bold character The Viking Prince. Aaaaand that's about it. Loki’s also popped up from time to time, but for the most part, DC seems to have left the Norse pantheon alone. I guess they know that when someone's taken, you don't keep hitting on them. 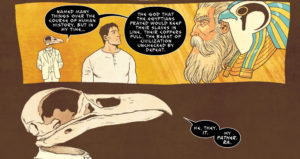 Marvel's Egypt is its own thing. For the most part, it’s tied in with Moon Knight, one of my all-time favorite underrated Marvel characters.

A mercenary working in Egypt, Marc Spector was betrayed and left for dead. In a bloody stupor, he crawled into a tomb and bled out at the feet of a statue of the Egyptian moon god Khonshu, to whom he prayed to be resurrected. Khonshu listened, resurrected Marc, and turned him into the Moon Knight, Khonshu's champion on earth.

Well, maybe. Marc also suffered from a deeply outdated depiction of DID or MPD, which means maybe he just hallucinated everything? In the storyline Crazy Runs in the Family in the most recent Moon Knight series (which I highly recommend because it’s great), a mental patient apparently believed that he had been imbued with the spirit of Ra the Sun God.

He then began to shoot fire from his hands, so maybe it wasn't craziness, after all. Ra and Khonshu battled it out, and with Moon Knight’s help, Khonshu emerged victorious. 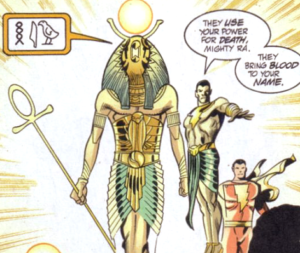 DC also has some pretty strong ties to ancient Egypt, predominantly through a select group of Golden and Silver Age characters. First up, we have Ra! Ra only had only a couple connections with the DCU, but my personal favorite was his orb, the source of Metamorpho's powers. Horus, in addition to granting Black Adam a subsection of his powers and being loosely linked with Hawkman, specifically gifted him with the giant-ass glove he uses to do magnetism stuff.

Dr. Fate also had ties through Nabu, the Egyptian wizard who granted him his powers. He sometimes fought Anubis, who also had a part in fighting the second Doctor Fate during War of the Gods. There's also Thoth, who gave Black Adam his wisdom and Ibis his staff, namely… *sigh*…the Ibistick. Khonshu may not have had a DC Universe counterpart, but – as previously mentioned – Ra did. 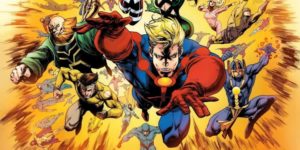 Okay, I can do this. I can make the Eternals interesting.

The Eternals were Jack Kirby's attempt to reinvent the New Gods during his return to Marvel, and it didn't really work. We'll talk about the New Gods in a minute, but the Eternals pretty much fell off the map.

Neil Gaiman did a revival that also only succeeded in being really boring. Ikaris, who was sorta like a deeply boring Jack Kirby take on Superman, was a notable Eternal.

The Avenger Gilgamesh was so deeply boring that his codename was The Forgotten One. And then there was Sersi, an Avenger who was most notable for being "that one Avenger you mistake for Mantis and then mistake for Moondragon before you realize that it's actually Sersi. You know, Sersi? She was on the Avengers team with Quasar for a while? Yes, Quasar is actually the more memorable of the two. I know how weird that is." 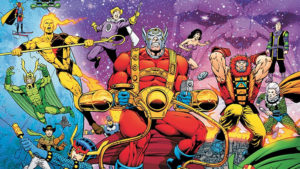 Kirby's New Gods were absolutely spectacular. Like, Mister Miracle alone was among the best comics of its era. Seriously, the maddest I've ever been at a fellow comics critic was when I saw that somebody else saw that Kirby "couldn't write". But what made these books so good is mostly what they are at the core.

They were a new pantheon of mythological gods who were nonetheless influenced by classic Marvel Age superhero comics. Orion, the redeemed Son of Evil. Mister Miracle and Big Barda, the purest relationship in all of superhero comics. The weird hippie energy of the Forever People and the chilling horrors of Desaad and Granny Goodness. And Darkseid, the Tiger force at the center of all beings.

The New Gods were absolute comic book perfection, and they outclassed the Eternals so hard that it isn't even funny.

And there you have it: the godly pantheons compared. Looks like DC came out ahead, with 3-2 in their favor, but it sure was close. This was fun; maybe I'll do more sometime soon. 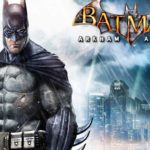 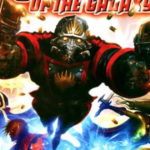 The First Ten: Guardians of the Galaxy