The Justice League teaser trailer from this year's Comic Con has, once again, split the audiences. Pretty much like in the case of Man of Steel and Batman v Superman: Dawn of Justice before it, the audiences can’t decide just yet - maybe it’s because of these previous Zack Snyder-directed movies. Anyway, what could have been the most talked about trailer of the summer is now one of the most talked about trailers of the week.

We got to finally see how the Justice League looks on the big screen. And it’s good - granted, the CGI isn't finished and some of the dialogue might still need to be polished. But a change can definitely be seen. Did Warner Bros. hear what the general audiences argued about when BvS came out? Or did the studio misinterpret everything?

What were the best moments of the teaser trailer? What didn't work so well? This list is all about that. So check it out! But be warned - there may be spoilers! The hand that feeds - I already covered the symbolism of Aquaman's tattoos in an article written a long time ago. It’s safe to say that, in part, I was right. He is indeed a superhero who helps people in unique ways when compared with other superheroes.

This being said, this version of Aquaman is not as one would expect. He is a total beast who likes drinking and doesn't really care about the bigger problems of the world. Genuine or not. He is just like a leader should be - he isn't hot headed and he wants to know more about it.

And that is why he doesn't join the Justice League from the start. As it is revealed in the dialogues between Bruce Wayne and Diana Prince, he won't fight alongside the other superheroes. At least in the beginning. So, while he doesn't hide from the world (since he does help people), he isn't keen on being in the spotlight.

Jason Momoa nails this persona, even if it doesn't really resemble the Aquaman everybody knows. His eyes, which seem to be empty (they are not, of course), are as cold as the abyss in which Atlantis was submerged.

I still hope that the Flashpoint will arrive on the big screen. Especially after seeing the disagreement between Aquaman and the leader of the Justice League (do you even doubt that Batman isn't in charge?).

A long time ago As it was revealed from the journalists' visit on the set, there will be quite a few flashbacks in Justice League. One of them concerns the history of the Mother Boxes. And one of these Mother Boxes is in Atlantis.

As expected, it was brought there before the continent was submerged. And we do see in the Justice League teaser trailer how one Mother Box is buried by what seem to be the Ancient Kings of Atlantis.

One rumor suggests that we see the Dead King, one of Aquaman's foes, burying the Mother Box. If this is so, maybe we have already found out how the Aquaman solo flick will go - Atlan returning in order to reign again over the continent. Flash has two suits - and he wears the one I didn't like. I get it. He made it himself, from what he borrowed from various agencies. I guess this can be said about everything in his room.

Flash is the comic relief, as everybody expected. We covered the scene already, when it was described after the visit on the set. But, to be noted, there is something peculiar about the way Ezra Miller portrays Barry Allen. Maybe his little gestures and the way he talks are influenced by the way he perceives the passing of time. At the moment, I am not really impressed.

However, I am impressed about his superpowers. Namely, about the use of the Speed Force - unlike with other speedsters we have seen on the big screen, he seems to always be in this state (which, again, would explain his mannerisms). And it is impressive - at one moment he is here; at the next, he isn't.

But will there always be blue lightning when he uses it? I guess only when we see things from his perspective, when the focus is on him. And I say that because it can become tiresome after a while if there's lightning whenever he appears on screen.

One more thing should be added - while the suit isn't anything special, it is quite understandable why Barry went with it. Like in the Fant4stic, it isn't about the look, it’s about the purpose. An even cooler Flash moment

I can't wait to see the suit Bruce Wayne designs. 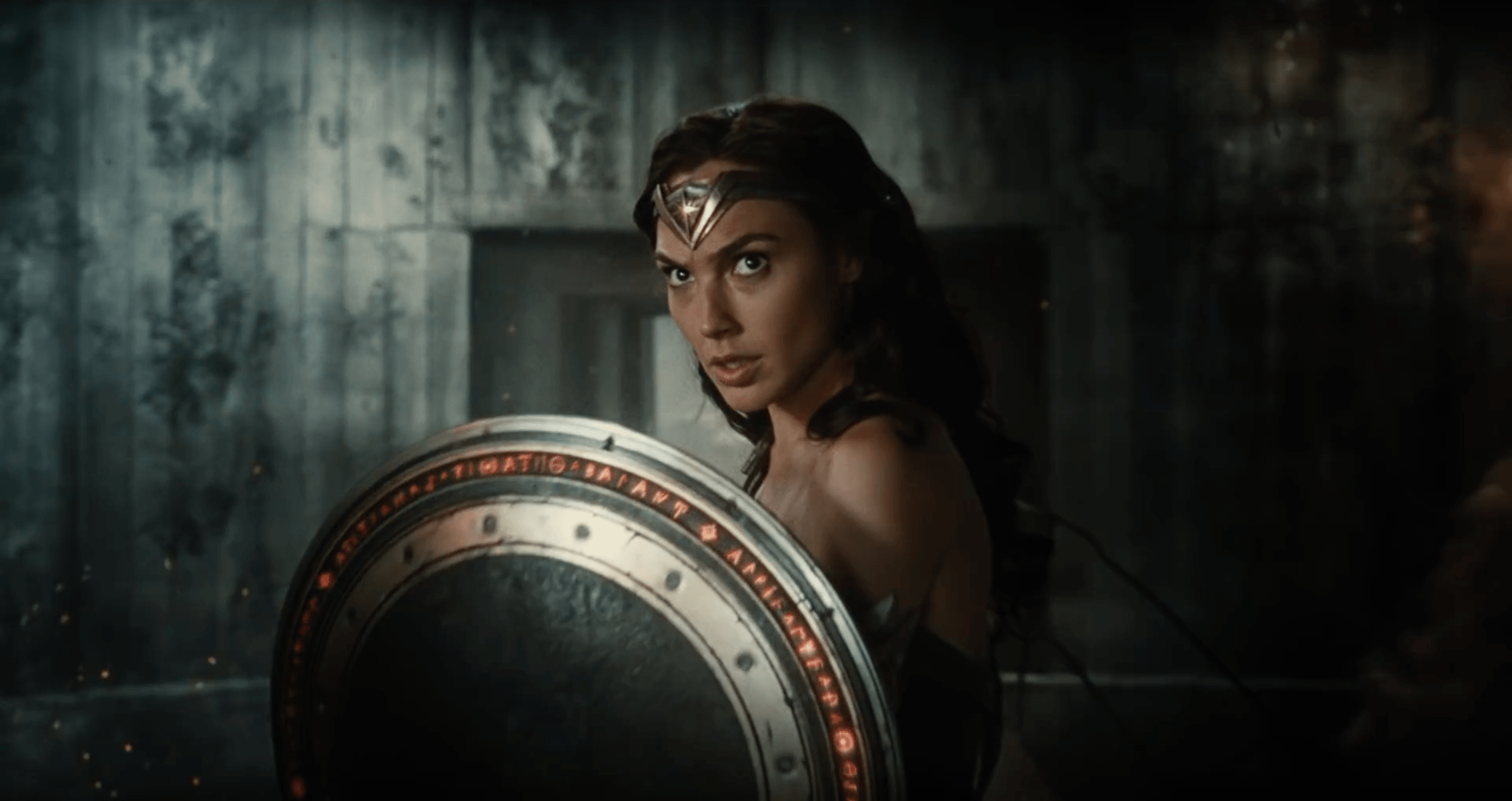 As expected, there wasn't too much of Wonder Woman in this teaser trailer, the focus being on Aquaman and Flash. And it is understandable - her trailer arrived moments before the Justice League one. However, she does have her moments.

One of them is during the conversation with Bruce Wayne, from which we can take that she is the other leader - the warrior - of the Justice League (only Superman is missing). Another shot is even more revealing.

One of the things we took from the journalists' visit on the set is that there will be a huge fight in an abandoned tunnel between Gotham and Metropolis. And there is a shot in the teaser that hints about that. It features Wonder Woman in various poses. In one of them she keeps her shield raised.

What is interesting is that the script on the shield is glowing, as if it has absorbed a tremendous amount of energy. Similar to when she battled Doomsday. So are the heroes battling just Parademons, as the journalists said? Or are they facing a much bigger threat? Cyborg is the last one to join the League in the teaser trailer. We see him first before being merged with the Mother Box (the second Mother Box on Earth, out of three - the last one, unrevealed just yet, is on Themyscira). Victor Stone is a football player for the Gotham City University in the DCEU.

But, unlike the cartoons that made him popular, he isn't actually a goofy, good-humored hero. He is exactly the opposite. Is it because he is still hasn't come to terms with his new body? Maybe. Is it because there can't be too many jokers on the same team? That could be, as well.

From this point of view, it will be interesting to see how he'll interact with Flash.

The design of his body, completely made with CGI, is something special. While it doesn't impress at first, its ruggedness does suggest that Cyborg can morph his body (the visit on the set did indicate this). Which is great.

However, this is also the reason why we didn't see more of him - it's CGI and it wasn't completed. I am amazed that Zack Snyder actually revealed the character so early. What can be said about Batman? He has a new suit that was revealed quite a while ago. According to the journalists who visited the set, this new suit is better armored than the latter. I guess it makes sense, since now the Dark Knight must battle aliens.

And it is great! Far better than anything we have seen in the previous iterations of the Caped Crusader. The hero can actually move!

There is one other thing - is that, on the screen, one of the new vehicles to be featured in Justice League? It may be. Although I have no idea what kind of input Wonder Woman might bring. Is that a new vehicle? What do I believe about this Justice League teaser trailer? It does seem that Warner Bros. has payed attention to what the audiences have said. However, it appears to me that the studio is overdoing it with the jokes. Almost every exchange in the teaser hides one - and this may be too much.

It’s as if Warner Bros. is trying too hard.

However, the superheroes actually look good - even though I’m not convinced just yet about the designs for Flash and Cyborg. I'll wait for the CGI to be improved.

What was the best thing about the Justice League teaser? Well, obviously, Aquaman - he means business. And I cannot wait to see how he's convinced to fight alongside the other superheroes. I just hope that his mother's name is not Martha.

All the pics on this list are screenshots from the Justice League teaser trailer.