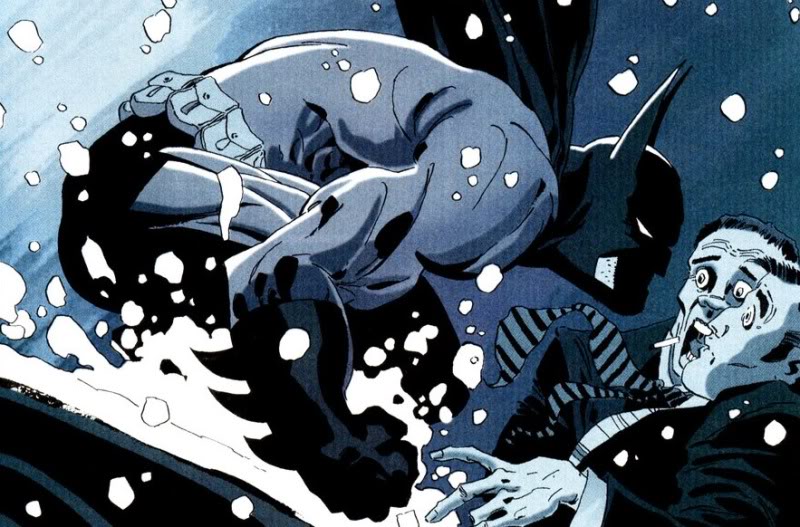 There are certain Top Ten list ideas that I don't write because they'd be incredibly boring for the both of us. Like, If I was gonna write a list of the best Batman stories of all time, you know how that'd go. Year One, Dark Knight Returns, and Court of Owls would be top contenders, Killing Joke and Hush might make it somewhere on there; boring list, right? You've all read all of those (sidenote, if you haven't read those, GO READ THOSE). It'd be more fun to make a list of stories that you are less likely to have read. The ones that are still great, but are less recognized for being so. If you pick up any of these, you're in for a good time. 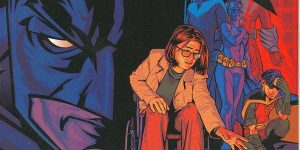 Okay, I might have an ulterior motive for this pick. Officer Down serves as the unofficial prelude to the incredibly underrated series Gotham Central.

In this one, Commissioner James Gordon is shot three times in the back and left in critical condition. It's up to the GCPD and the extended Bat-Family to track down his attempted killer. God do I love me some early 2000s Bat-Family. Like, Tim Drake-Robin, Cassandra Cain-Batgirl, Azrael thrown in there for some reason? The best.

But this story isn't just great for that, it also shines in its character interaction. Detectives Allen and Montoya show flickers of greatness that would be fully paid off in Gotham Central. Batman's reaction to Gordon's injuries is a wonderfully humanizing moment for the character. And Oracle and Detective Bullock both get some excellent moments to themselves.

It really makes you realize how important Gordon is to the Bat-Universe as a whole. 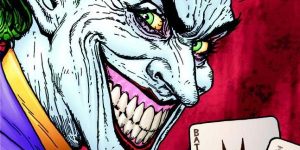 9. The Man Who Laughs

Finished Batman: Year One and not sure what to read next? This. Read this next. It's good and stuff.

Okay, fine, there's more to it than that. Man Who Laughs is a retelling of the Joker's first appearance, with Batman having to deal with this horrifying new threat for the first time. And it delivers on the chills, folks.

The scene in which Gordon and the police find Joker's test lab? Where he tested the Joker gas until he figured out how to make it make people smile? That %&^* is terrifying. And that's the opening scene.

I recommend this as a chaser for Year One not JUST because it takes place immediately afterwards, but also because it keeps to that very grounded crime comic tone that stories about early Batman adventures seem to. Sadly, no purple gloves Batman this time around, but you win some, you lose some. 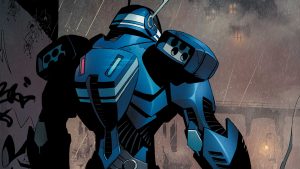 Why yes, I DID pick a Batman story for this list where Bruce Wayne isn't the main character. In fact, this is the Jim Gordon Batman story.

After the events of Batman Endgame, Bruce Wayne is left with severe amnesia, no longer remembering any of his time as the Dark Knight. So to fill the role, the GCPD taps Jim Gordon to take over the role of the Batman. He does, replacing Wayne's physical strength with a Batarang gun and a robot exoskeleton.

But Gordon isn't the only one making a power play in Gotham, as the quietly horrifying Mr. Bloom begins to take over the city. As Gordon tries his best to be the hero the city needs, Bruce Wayne slowly discovers his own true past.

This is a story about what it means to be the Batman, especially the emotional toll it takes. It might start off a little slowly, but it will hit you hard with some truly breathtaking pages as the book goes on. This story got some initial negative reception at the time, but if you give it a shot, you won't be disappointed. 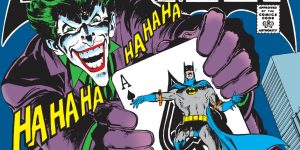 Did you really think I could possibly put together a list of incredible Batman stories without including at least one from Denny O'Neil and Neal Adams?

And Joker's Five Way Revenge is absolutely the perfect one for this list. In the story, Joker has escaped prison yet again, and this time has decided to get revenge on five of his former partners in crime, trying to find the one who betrayed him.

As Batman frantically scrambles to get to these criminals before his nemesis does, he finds himself outmatched at every turn. This all leads up to one hell of a climax, with Batman fighting a shark in an aquarium. Unfortunately, without the aid of Bat-Shark Repellant this time.

It’s one of those stories that has been adapted to death, but it's no less wonderful because of it. The Joker is the perfect level of funny and menacing without being an over-the-top monster, and the ending is kind of weirdly perfect in its own way.

Boy, did late nineties/early 2000s DC events know how to do high concept or what?

In this one, Batman returns from a night of fighting crime to find a former girlfriend shot to death in his living room. As the only suspect, and with no alibi, Bruce is immediately arrested and thrown in Blackgate. As the Bat-Family try frantically to clear his name, Bruce retreats more and more into the Batman persona. It's a really strong mystery story with a great premise.

And what makes it even better is how hard it commits to the premise. It really does put together a compelling case supporting why Bruce Wayne MIGHT have actually killed this woman. I mean, we know he didn't, he's Batman and Batman DOES NOT KILL, especially innocent people, but the story goes out of its way to make it seem plausible.

Good work on that one, Batman creative team, it's not easy. 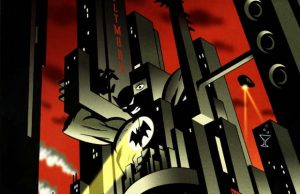 Oh, Darwyn Cooke, your art always was the quickest route to my heart.

Batman: Ego is a spellbindingly beautiful look into Batman's tortured psyche and what it means to be the Dark Knight. In the story, Bruce Wayne ends a hard night of Batman-ing back in the batcave, bleeding pretty badly. As he begins to hallucinate, he talks with a spectral avatar of his Batman persona, who tries to convince Bruce to turn fully to the dark side.

But as fun as the plot is, this one is a real art showcase. It is absotively beautiful. I mean, holy hell, I can't stop looking at the pages of this thing. From splash pages to parallel page design to tricks of the layout, this is a masterclass in how to make comics. Every panel flows into the next so fluidly you'd swear it was animated.

Need some gorgeous art to pore over for a while? Pick this one up. 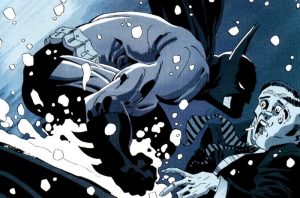 Of the whole list I've put together, this is the one you're most likely to have already read. But it's still really good so I'm putting it on anyway.

The Long Halloween is a thirteen-part story taking place across one year. Over this year, a string of mysterious mob killings begin, taking Batman, Commissioner Gordon, and District Attorney Harvey Dent on a disturbing path that will leave the three of them changed, one irrevocably so. As the year progresses, with a killing on each major holiday, Batman must face many of his greatest foes in a gauntlet with a mystery at the center.

Oh, and if it seems familiar to you when reading it, that's because a little movie called The Dark Knight heavily borrowed from it for its version of Harvey Dent.

It's one of my favorite Batman mystery stories, and although its easily the best known book on this list, it's one you should definitely own. 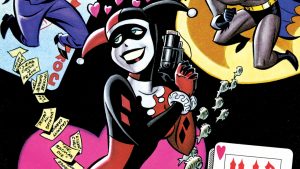 Oh boy, I get to talk about some serious issues that I'm not qualified to discuss with this one. Yaaaaaaay.

Batman: Mad Love is the Harley Quinn origin story, and I'd argue the best story the character has ever been a part of. The graphic novel was eventually adapted into an episode of the cartoon itself and also served as one of the better ones of those. This story follows Harley as she tries to kill the Batman once and for all, while simultaneously flashing back to how she met the Joker. It's also a tragic story of domestic abuse and the type of person who stays in one of those relationships.

Harley's story is incredibly depressing as, in most of her appearances, she isn't allowed to leave the Joker once and for all. Mad Love shows how she fell for her Mr. J and how horribly he treats her. I think it's a must read for any Batman fan, and one of the best examples of comics handling serious issues well.

Don't read this one if you want a pick-me-up, but please DO read it.

Mortal Clay is a thrilling and disturbing look inside the mind of Clayface as he finds his true love. Unfortunately, that true love is a mannequin. Not that Clayface realizes this of course. As Clayface slowly descends deeper into his madness, Batman is eventually called in to deal with the crazed murderer.

As the tense and horrific buildup reaches its crescendo, the book shifts from horror story to tragedy. Preston Payne is among the least remembered Clayfaces and this story is his only notable appearance, but it is one hell of a calling card that makes me sad no one ever did anything else of note with the character.

It also has one of the best last pages I've ever read. A perfect button on an amazing story. It makes me sad that Moore didn't write more Batman because he clearly gets the character.

1. Night of the Stalker

An absolute must read for anyone who even casually likes Batman.

Steve Engleheart writes the character with all the best qualities of "˜70s Batman, and the art by Vin and Sal Amendola is unparalleled for the time. This is the preeminent "Batman seen as monster by criminals" story and hits every beat you'd want out of that.

After a gang of robbers gun down two parents in front of a child, Batman tracks them down and, one by one, silently picks them off. Every time the robbers think they've killed him, he shows up again as a force for unholy vengeance. There are so many great moments in this one that should be infinitely more iconic than they are.

Why we haven't seen a hundred cinematic versions of Batman silently dropping the car keys at his feet and daring his targets to come and get them, I'll never know. This one is collected in the "Batman: The Greatest Stories Ever Told" Trade Paperback, where it most certainly belongs.

And there we go! If you love Batman even half as much as I do, I’d give each and every one of these a good long read. 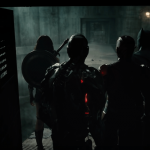 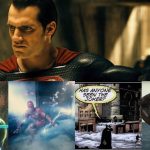