Oscar-Winner John Ridley May Be Taking Over DC’s Batman 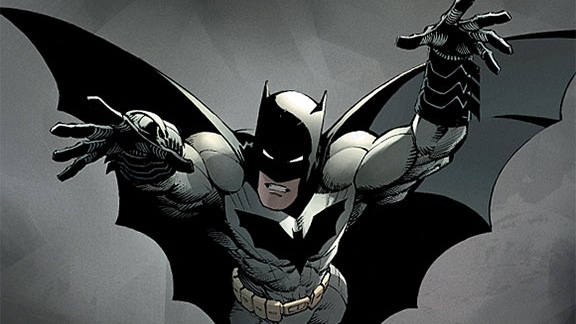 Could an Oscar-winning screenwriter be the next in line to write DC’s Batman? That’s the hot new rumor floating around right now. According to the folks over at Bleeding Cool, John Ridley (12 Years a Slave) is being eyed by DC Comics to take over Batman after issue #100. What’s more, it’s expected that this will bring us a new #1, resetting the series with a new character wearing the cape and cowl.

Before proceeding, we should caution that this is just a rumor for the time being. That said, Bleeding Cool has been ahead of DC on this front lately and have been right about many developments. So it’s worth taking this relatively seriously. Per the report, Ridley’s possible run on Batman would see Luke Fox, son of Lucious Fox, taking over as Gotham City’s Dark Knight and introducing us to a Black Batman. This is something we’ve heard previously as being a possibility, which would make for a major shake-up.

Tom King recently wrapped up his epic run on the book a bit early, paving the way for James Tynion IV to come in starting with issue #85. So, interestingly, it seems that Tynion’s run on the book could be a relatively short one. This is all pretty fascinating stuff. King ends his run 15 issues early to take on a Batman/Catwoman book. Tynion is announced as his successor, only to possible tee up the ball for a major change, paving the way for DC to pull in a man who has an Academy Ward to his name to write a major comic book series.

It’s a lot to process, and there’s possibly even more going on here than we may realize. Bleeding Cool also states “this would be part of DC’s upcoming 5G publishing plan that will see a number of DC Comics characters aged out of their roles with the new timeline and replaced by other characters in their superheroic roles.”

John Ridley, for his part, is very accomplished. Some of his other credits include the TV series American Crime and and Jimi: All is By My Side. He is also said to be working on an unnamed Marvel TV series as well. So he would have his foot in both DC and Marvel’s camps, which would add another wrinkle to this situation.

“With Selina on his arm, the ‘Playboy’ Bruce is dead,” Tynion said recently in detailing his plans for Batman. “Every waking minute is dedicated to the rebuild of Gotham City, both as Bruce Wayne and as Batman. He is in control of every room he enters, and people are a little frightened of him. He is one of the richest people in the world, and he has experienced so much loss. But it’s clear he’s trying to make the city better. People admire him, because most people in his shoes would have left Gotham a long time ago.” He also teased that his run will consist of “three big stories.” In the span of roughly 15 issues, he could fit in three arcs then walk off into the sunset.

Again, this is a lot to take in and it could be a while before we get confirmation. Either way, it seems DC Comics is making plays for the future and it will be interesting to see how this all unfolds.

So what do you think? Is John Ridley the right guy to take on Batman? Are you excited about the prospect of Luke Fox being the new protector of Gotham City? Join in on the conversation over on Facebook or Twitter! 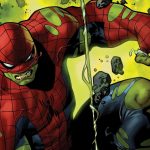 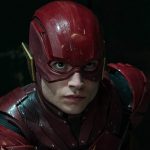