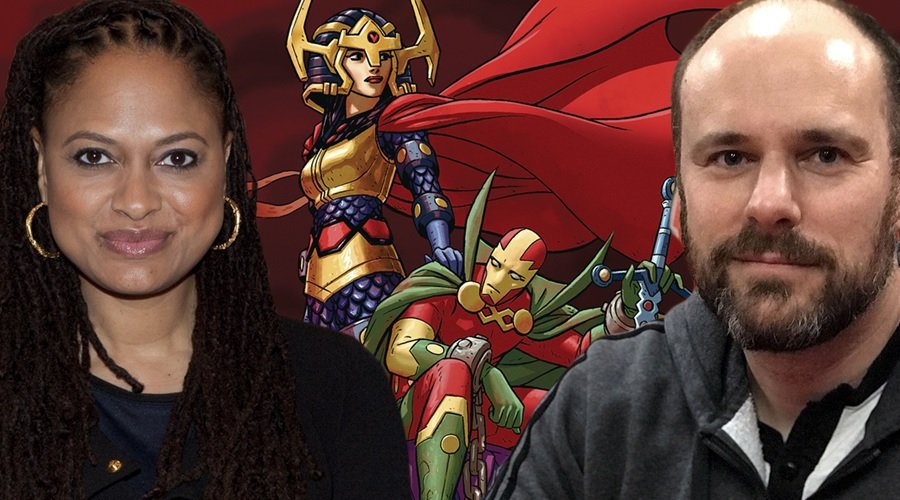 Warner Bros. has brought in a celebrated DC Comics writer to develop the screenplay for Ava DuVernay's New Gods.

TheWrap recently broke the news that Eisner Award-winning comic book writer Tom King is joining the big-screen adaptation of New Gods as its co-screenwriter. He will co-write the script with DuVernay, who came on board to direct in March 2018.

The director of Selma and A Wrinkle in Time was originally expected to team up with Score and Chasing Maverick scribe Kario Salem for her upcoming DC project's script. But it appears that particular partnership didn't work out so well.

Tom King is best recognized for his work on Batman and Mister Miracle. He is also known for writing The Sheriff of Babylon for DC's Vertigo imprint and The Vision for Marvel Comics. Last year, he was the joint winner of Eisner Award for Best Writer along with Marjorie Liu. But he is still a newbie when it comes to writing for movies and television.

It's unclear whether the events of Ava DuVernay's New Gods will take place in the DC Extended Universe continuity or it will be another Elseworlds-esque project like Todd Phillips' Joker. Early reports contradicted to each other on this matter. But of course, once the script is ready and the cameras start to roll, we can expect to learn more.

DuVernay has mentioned multiples times that her favorite comic book character is Big Barda. So, it's safe to say that the Apokoliptian warrior is going to get a lot of attention. With King coming on board, the same can be said about Mister Miracle as well. There were rumors that Big Barda and Mister Miracle will be the central characters in the movie. At the moment, those definitely seem to be on the money.

What do you think about the news of Tom King partnering up with Ava DuVernay to pen the script of New Gods? Share via comments and stay tuned for the latest updates!