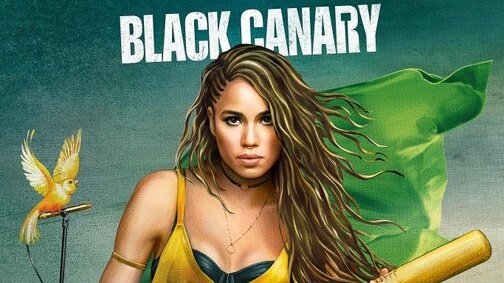 Another DC movie is in the works for HBO Max. Per The Hollywood Reporter, a Black Canary solo film is currently being developed for the streaming service. It will see the character, who was introduced in last year’s Birds of Prey (and the Emancipation of One Harley Quinn) take the spotlight. Though this time in the world of streaming, as opposed to on the big screen.

According to multiple reports, Jurnee Smollett will be reprising her role. Misha Green, who worked with the actress on HBO’s acclaimed Lovecraft Country, is set to pen the screenplay. Green will also produce alongside Sue Kroll, who also produced Birds of Prey. There is no word yet on who will wind up in the director’s chair. However, the project is described as being in the early stages. Smollett took to social media to confirm the news personally after reports surfaced.

Guess the Canary is out of the cage! 🤪 So excited to finally embark on this adventure with my creative soul sis @MishaGreen. 🖤💛 #blackcanary #dinahlance #lettttssssssgoooooo ahhhhhhhhh!!!!! https://t.co/GocuNdEn6E

“Guess the Canary is out of the cage! So excited to finally embark on this adventure with my creative soul sis Misha Green. #blackcanary #dinahlance #lettttssssssgoooooo ahhhhhhhhh!!!!! #BlackCanaryMovie,” Smollett said on Twitter.

Plot details are currently being kept under wraps. It also has not been revealed if any of Smollett’s Birds of Prey co-stars will be along for the ride. Margot Robbie’s Harley Quinn seems like a long shot. But it would not be hard to envision Huntress, played by Mary Elizabeth Winstead, showing up. Robbie most recently appeared in The Suicide Squad, which is currently in theaters and on HBO Max.

Here is the synopsis for Birds of Prey.

“You ever hear the one about the cop, the blonde, the psycho and the mafia princess? Birds Of Prey And the Fantabulous Emancipation of One Harley Quinn is a twisted tale told by Harley herself, as only Harley can tell it. When one of Gotham’s most sinister villains, Roman Sionis, and his sadistic right-hand, Zsasz, put a target on a young girl named Cass, the city’s wicked underbelly is turned upside down looking for her. Harley, Huntress, Canary and Renee Montoya’s paths collide and the unlikely foursome have no choice but to team up to take Roman down.”

Birds of Prey played well with critics. However, it had a muted showing at the box office, taking in just $201 million. Fortunately, the R-rated comic book flick was produced for just $82 million.

Black Canary first debuted in Flash Comics #86 back in 1947. Created by Robert Kanigher and Carmine Infantino, the character has been associated with several major DC teams over the years. But her appearance in Birds of Prey was the first major live-action appearance in a feature film.

Even though Lovecraft Country was canceled after just one season, it was held in extremely high regard critically. The movie will keep both Green and Smollett in the HBO/WarnerMedia fold. And both of them are in-demand talent. Other DC movies currently in the works for HBO Max include Batgirl, Blue Beetle and Static Shock.

Black Canary does not yet have a release date set.

What do you think? Are you excited about the spin-off? Do you think making it for HBO Max is the right call? Join in on the conversation over on Facebook or Twitter! 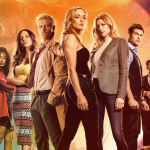 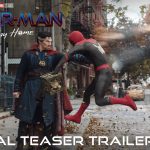