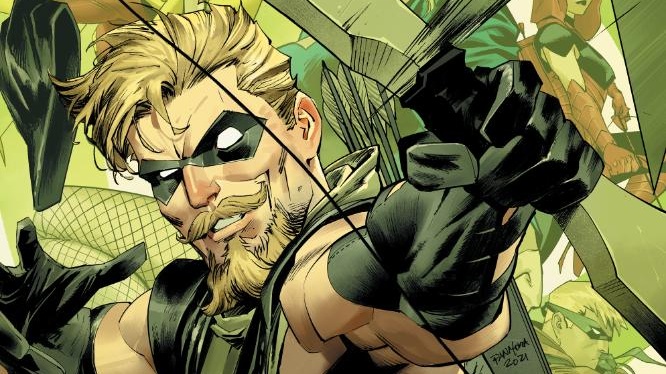 DC Comics is celebrating Green Arrow’s 80th anniversary in style. The publisher has announced the Green Arrow 80th Anniversary 100-Page Super Spectacular #1. The oversized, 100-page issue will be released this June to celebrate the character’s legacy, which spans a full eight decades.

The issue will feature contributions from a number of prominent authors and artists. It will be available from both digital retailers and comic book shops. The book will retail for $9.99. DC has also released the main cover for the book. Have a look.

DC had this to say about it in a press release.

“Since his first appearance in More Fun Comics #73 in 1941, Oliver Queen, a.k.a. the Green Arrow has been one of the premier (and loudest) characters in the DCU, always at the forefront of where the super hero genre is headed as the eternal champion of the underdog. This over-sized anniversary issue follows in those footsteps, combining an all-star line-up of Green Arrow storytelling legends such as Mike Grell, Jeff Lemire, Phil Hester, Otto Schmidt, Ben Percy, Tom Taylor, and Devin Grayson alongside new Green Arrow contributors, including Stephanie Phillips, Mariko Tamaki, Ram V, Vita Ayala, Nicola Scott, Chris Mitten, Laura Braga, Max Fiumara, Brandon Thomas and others to pay homage not just to the Battling Bowman, but Ollie’s partner-in-crime fighting Black Canary, Connor Hawke, Arsenal, Red Arrow, Speedy, Onomatopoeia, Count Vertigo and more!”

The main cover for the Green Arrow 80th Anniversary 100-Page Super Spectacular #1 comes from Detective Comics artist Dan Mora. This special issue will also feature a selection of “decade” variant covers from some of the most acclaimed artists in the business.

Green Arrow was created by Mort Weisinger and designed by George Papp. Aside from being a mainstay in the DC Comics universe for 80 years, the character got a huge boost when Arrow hit the airwaves in 2012. Starring Stephen Amell as Oliver Queen, the show ran for eight seasons and kicked off The CW’s ArrowVerse, which now contains several shows in an interconnected universe. It all started with DC’s most infamous archer. The character has yet to appear in a live-action film, though that seems like an inevitability.

What do you think? Are you excited about the Green Arrow celebration? Do you plan to grab a copy of the book? Join in on the conversation over on Facebook or Twitter! 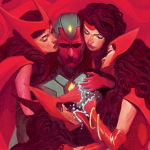 5 Marvel Comics to Read After Finishing WandaVision
Next Post 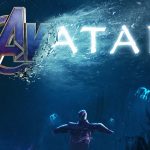 Avengers: Endgame No Longer the Biggest Movie Ever at the Box Office, Avatar is King Again