The Punisher Season 2 Teaser Puts The Spotlight On Frank Castle And Billy Russo! 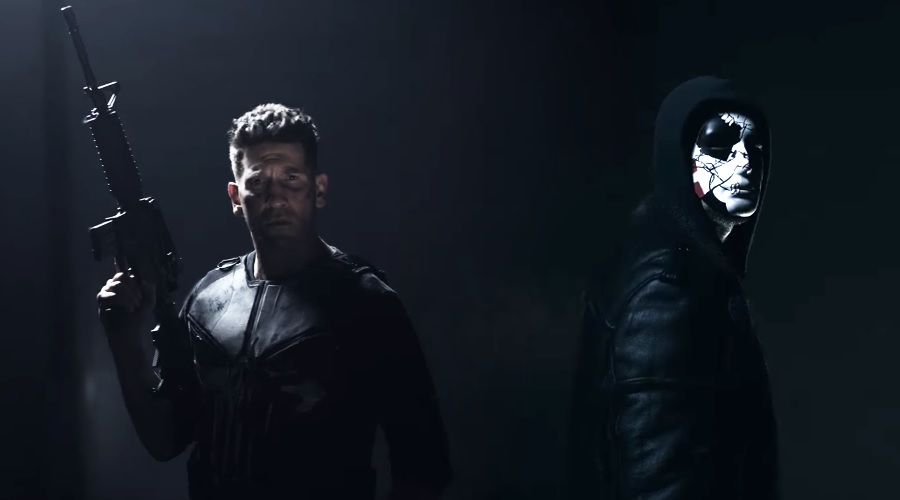 Marvel and Netflix have dropped a brand new teaser for The Punisher Season 2 that teases a more brutal rematch between the titular antihero and his friend-turned-foe.

The last time we saw Ben Barnes' Billy Russo, he got his face disfigured by Jon Bernthal's Frank Castle and was lying in a hospital bed with his head wrapped in bandages. But we haven't seen the last of him, and we definitely haven't seen him at his worst. That's what the new teaser confirms. Even though The Punisher Season 2 is pitting Frank against a new villain named John Pilgrim – portrayed by Josh Stewart – there's still another, far more personal war coming his way.

"It's like a bomb went off inside my mind, scattering all the pieces," says Russo in the teaser as he removes the bandage from his face. We catch glimpses of his scarred face which are soon interspersed with footage revealing his new cracked monochrome mask. He continues:

There's something on the edges, someone, like a dark shadow, waiting for me. This face has everything that I ever did wrong written all over it.

But we can rest assured that Frank won't be going softer either. In the teaser, we see him ready for some action in his iconic skull vest as he asserts:

A couple of days ago, we came across a report suggesting that the sophomore season of Frank Castle's standalone series will premiere on Netflix on January 18, 2019. The new teaser makes it clear that the reported premiere date isn't erroneous. Here's the promotional video for you!

Marvel and Netflix have also released an official synopsis for The Punisher Season 2. Check it out below!

Former marine-turned-vigilante Frank Castle (Jon Bernthal) has been living a quiet life on the road until he suddenly becomes embroiled in the attempted murder of a young girl (Giorgia Whigham). As he is drawn into the mystery surrounding her and those in pursuit of the information she holds, Castle attracts a new target on his back as new and old enemies force him to confront whether he should accept his destiny and embrace a life as "The Punisher."

What do you think about the new teaser for The Punisher Season 2? Share via comments and stay tuned for the latest updates!