CONFIRMED - Elodie Yung's Elektra Will Return in Marvel's The Defenders! 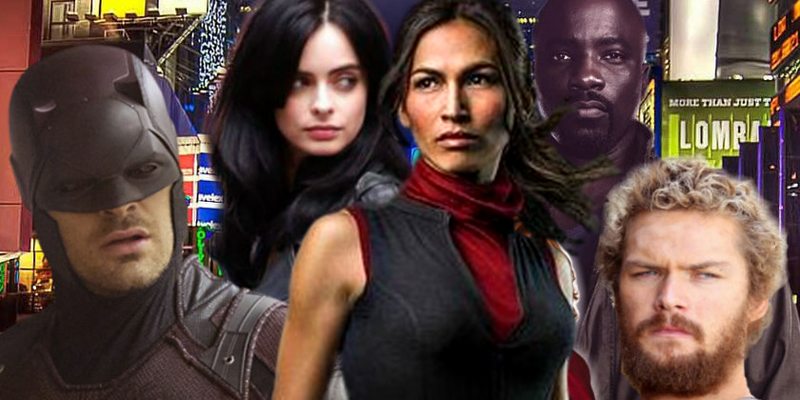 Elodie Yung's journey as Elektra Natchios is not over yet! The master martial artist and assassin will be back in Marvel's The Defenders next year! Marvel has officially confirmed the character's return, first to Entertainment Weekly and again via their official social media accounts.

After being briefly mentioned in the first season of Marvel's Daredevil, Elektra got her proper introduction in the show's second season. But in the season finale, we saw her sacrifice her life to save Matt Murdock.

However, we could envision the character's future resurrection, as the criminal organization named The Hand was eventually in possession of her dead body, which they placed in some kind of large container.

It is widely speculated that The Hand will have a key role in The Defenders, and that Sigourney Weaver's unnamed big baddie has connections with them. So many of us have been expecting Elodie Yung's character to return in the Marvel/Netflix crossover miniseries.

But the question remains - will Elektra stand alongside Charlie Cox's Daredevil, Krysten Ritter's Jessica Jones, Mike Colter's Luke Cage, and Finn Jones' Iron Fist, or against them? Since The Hand is likely to bring her back to life, it is perhaps safe to assume that she would be fighting against The Defenders, at least for a little while.

The Defenders has already been filming for a couple of weeks, and a number of supporting characters from previous Marvel/Netflix shows have been officially confirmed.

Simone Missick's Misty Knight from the recently released Marvel's Luke Cage and Jessica Henwick's Colleen Wing from the upcoming Marvel's Iron Fist will also be in The Defenders.

Are you excited about Elektra's return in Marvel's The Defenders? Share via comments!