Hawkman and Hawkgirl in Legends of Tomorrow 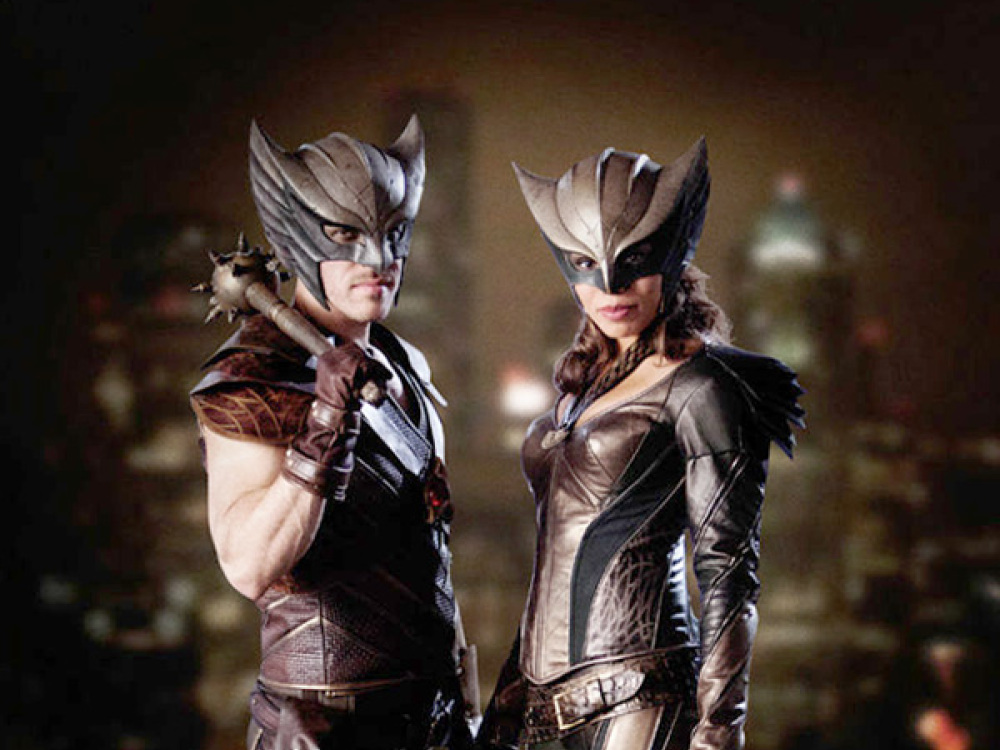 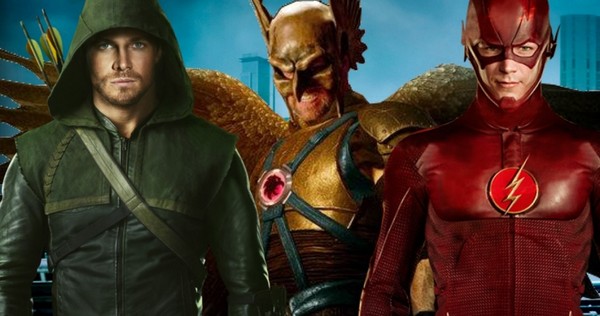 Hawkman in The Arrow (with wings).

Warner Bros, DC Comics and the CW provided us with a first look at Hawkman and Hawkgirl as they will appear in the series. Their outfits look very similar to the ones in The Flash and Arrow, while the helmets are identical to those of the characters in the comics. Hawkman has his trademark mace, but we cannot see their wings, maybe they will be digitally crafted afterwards or they are simply not part of the photo, this aspect is not clear yet.

Go on the next page to find out more about the first official photo of Hawkman and Hawkwoman.

Hawkman and Hawkwoman in their first official photo

First Look At Hawkman And Hawkgirl.

The photo seemed to have been taken on the rooftop that appears in the teaser of Legends of Tomorrow, the place where the team first comes together with Green Arrow, The Flash and Dr. Rip Hunter.

The DC Comics blog made a characterization of Hawkman and Hawkgirl as they will show up in Legends of Tomorrow. They will not be different from their counterparts in the comics: a pair of lovers from Ancient Egypt, able to reincarnate time after time, always finding each other and fighting for their version of truth. Here is the excerpt from DC Comics blog:

“That's Ciara RenÃ©e as Kendra Saunders and Falk Hentschel as her soulmate Carter Hall in the first official image of the two characters. With powers derived from the ancient Egyptian hawk god, Horus, Kendra and Carter are destined to reincarnate through time as winged, helmeted warriors."

In the middle is the first official photo of Hawkman and Hawkgirl.

As DC Comics has described them, it seems that they will have wings, even if the first picture of theirs as they will appear in Legends of Tomorrow is "wingsless".

On the next page you can read about the plot of Legends of Tomorrow and more!

Heroes and villains try to save the world and time itself 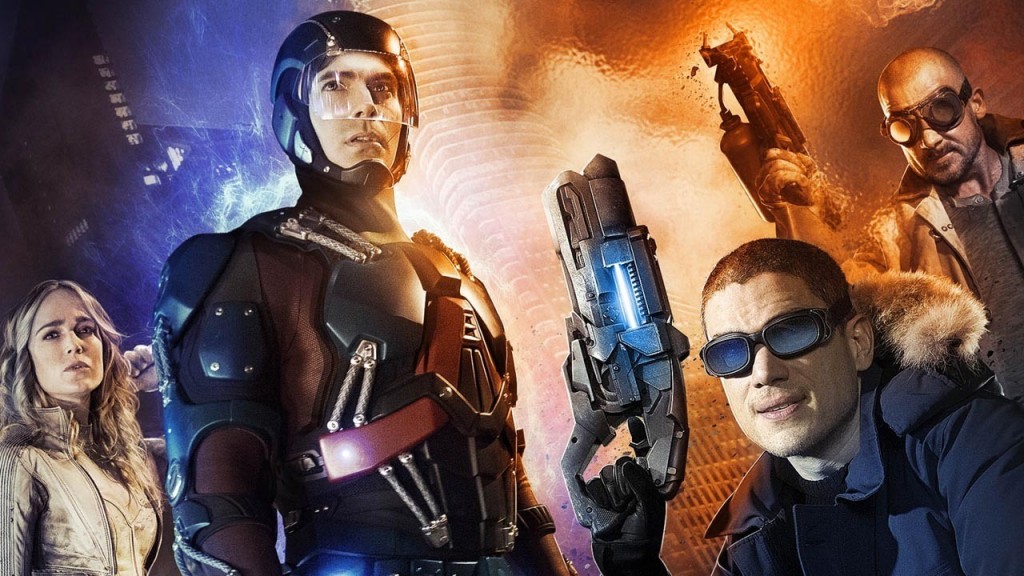 Legends of Tomorrow will premiere in early 2016.

What will Kendra Saunders and her soulmate Carter Hall fight against in Legends of Tomorrow? And who will they have on their side? DC Comics blog answers: 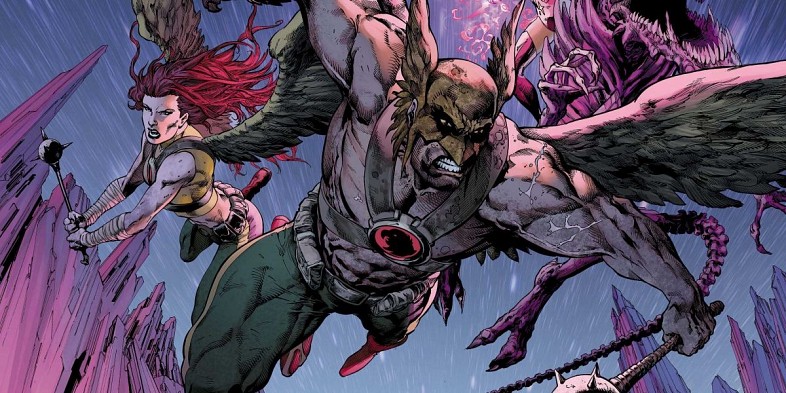 So, before moving into Legends of Tomorrow, Hawkman and Hawkgirl will first play their parts in this season's Arrow/Flash crossover event. Anyway, they will find themselves in the same universe, as the action from Legends of Tomorrow happens in the universe from Arrow and The Flash. 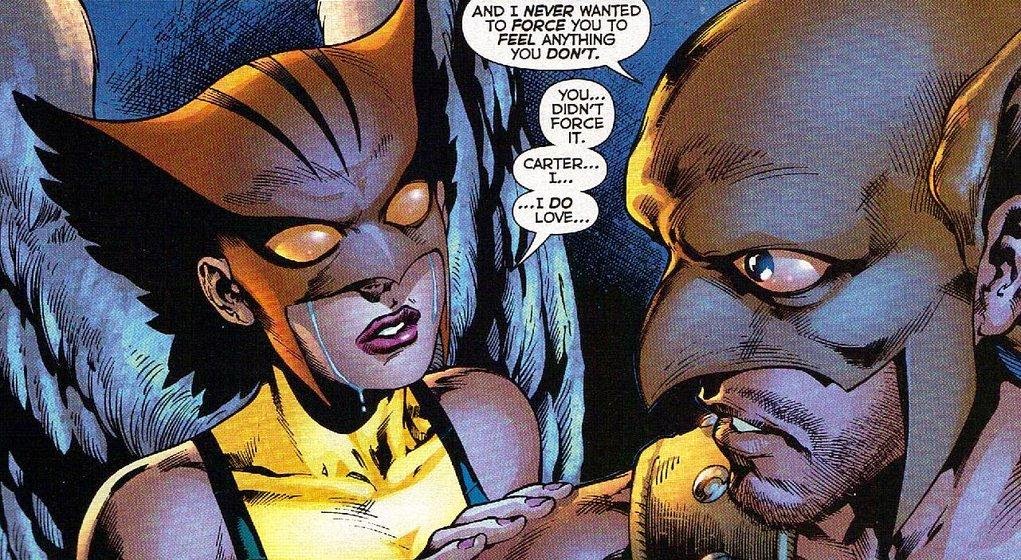 Legends of Tomorrow focuses on Rip Hunter, a time travelling rogue who's trying to prevent the immortal supervillain Vandal Savage from destroying reality, by putting up together a team of villains and superheroes to fight against him.

Go on to read the official synopsis as presented by The CW.

An immortal threat must be destroyed 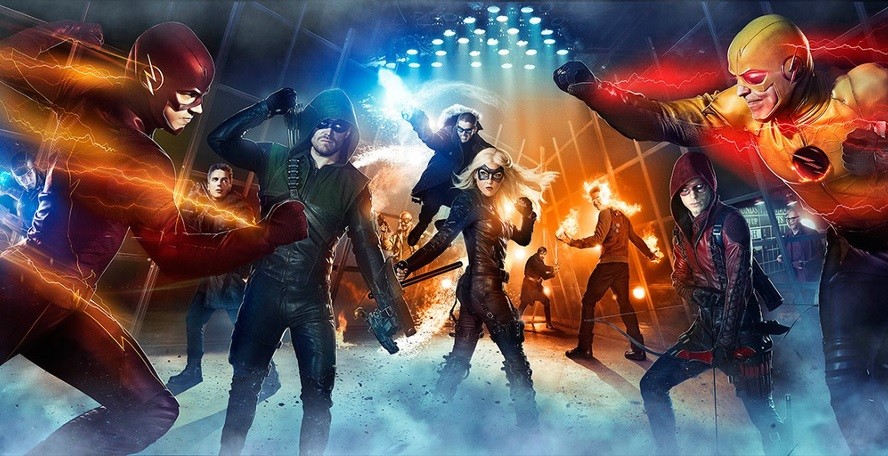 Villains and superheroes gather their powers to save the world.

The official synopsis from The CW for Legends of Tomorrow is quite interesting. Did you have the chance to read it? If not, here it is:

"When heroes alone are not enough, the world needs legends. Having seen the future, one he will desperately try to prevent from happening, time-traveling rogue Rip Hunter is tasked with assembling a disparate group of both heroes and villains to confront an unstoppable threat - one in which not only is the planet at stake, but all of time itself. Can this ragtag team defeat an immortal threat unlike anything they have ever known?"

It will be interesting to see heroes and villains in the same team against a force that they have never confronted before.

The premiere of the series will be in January 2016 and there will be 13 episodes, but with the filming currently in progress and possible scheduling breaks from the network, it may not run until April or the beginning of May. 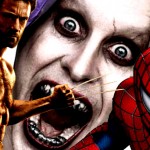 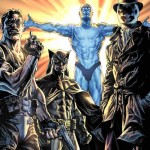