The Punisher: 5 Ups and 5 Downs 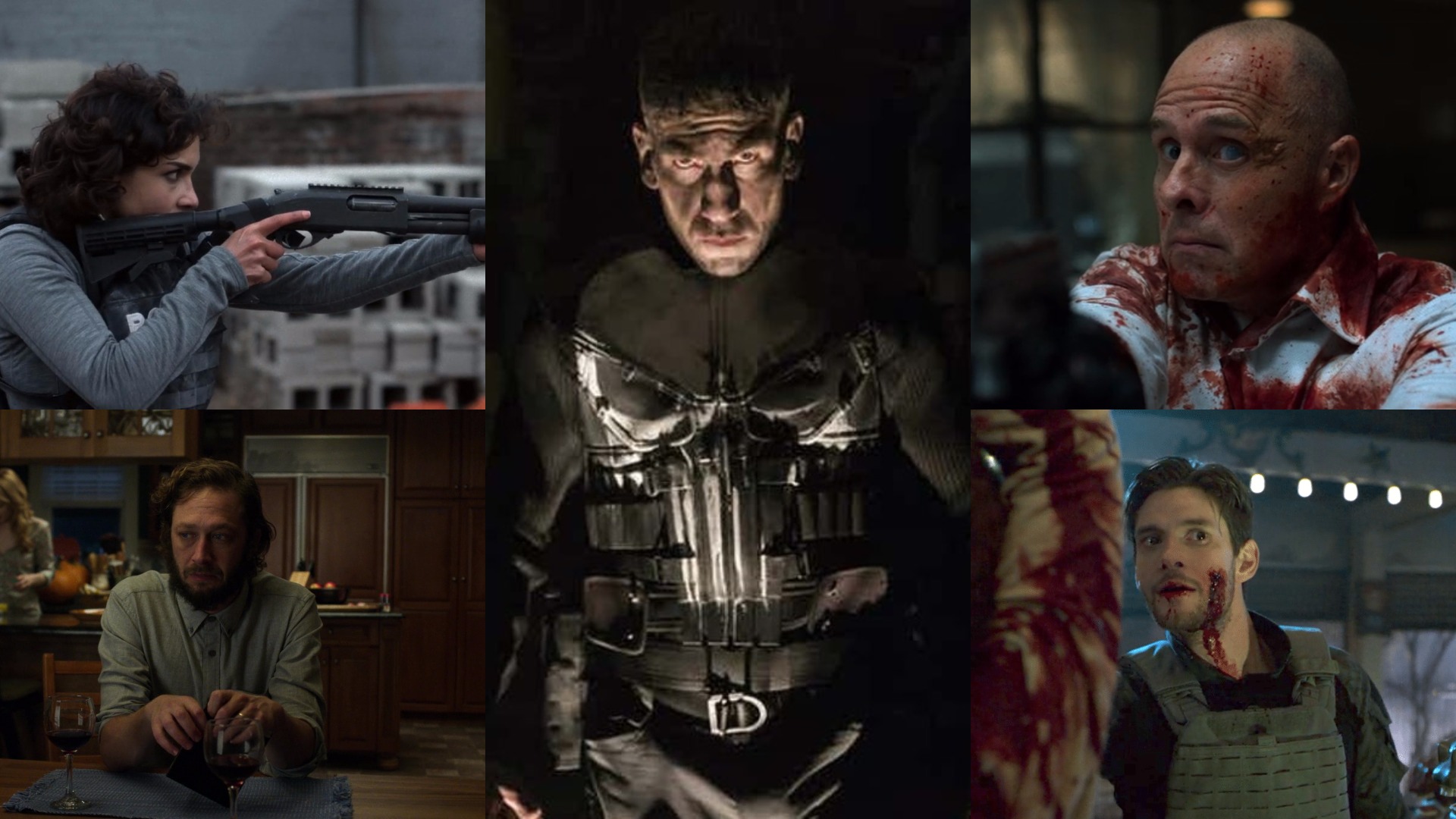 Under different circumstances, Marvel/Netflix's The Punisher would have easily drawn the attention of all genre enthusiasts. Unfortunately, someone had the bright idea of releasing what may be one of the best comic book TV series ever right when another concern put out what should have been their biggest hit, and things didn't work out well for The Punisher. If Justice League had failed to impress, its divisiveness remained a major distraction.

The first season of The Punisher definitely placed it high on the list of best comic book TV series. It ranks well above the Marvel/Netflix collaborations we’ve binge-watched. We admit that it’s no Daredevil, but in no way does it drag along the way other series do.

So what works and what doesn’t work for The Punisher? Check it out, but it goes without saying that important moments from the first 13 episodes will be spoiled!

Up: It's a standalone series in a shared universe 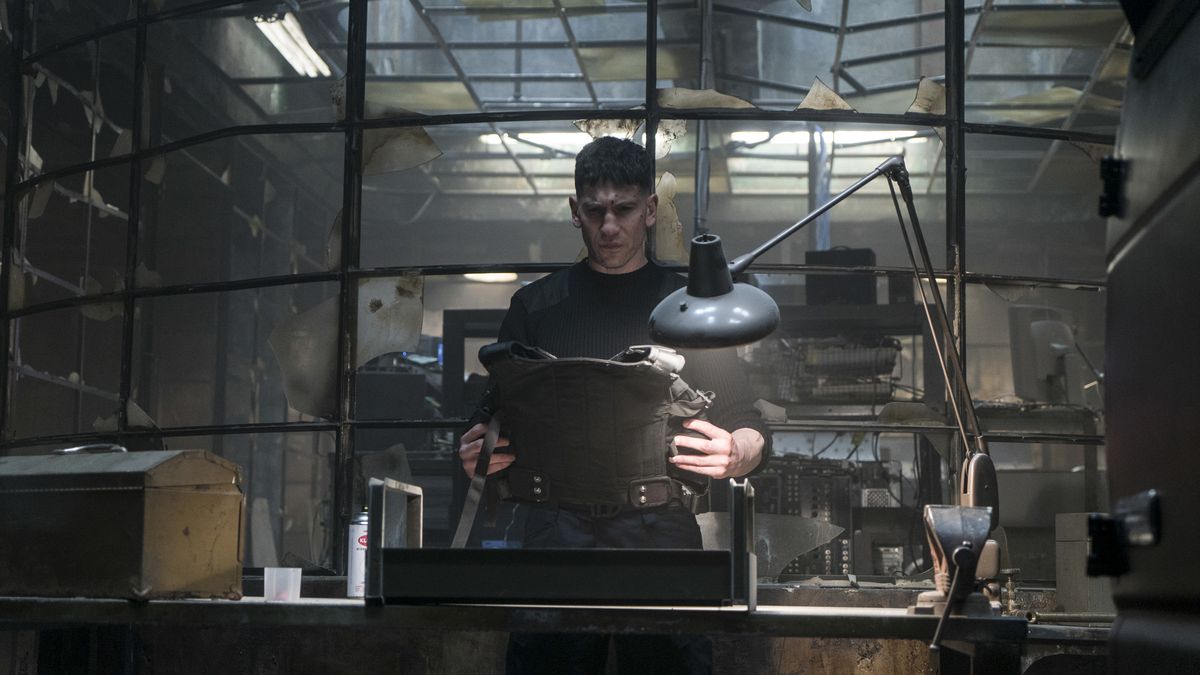 Frank Castle is no superhero. As a mere human whose special ability is a high tolerance for pain, he can't hold a candle to the likes of Luke Cage. The show’s producers were aware of that, so Castle lacks the presence of the other Defenders.

But that works well in this first season, because it makes the story more intimate. The inclusion of Karen Page is the only hint that The Punisher exists within a larger shared universe. Bernthal’s scenes with Deborah Ann Woll don’t feel as if they were worked into the show just to demonstrate a connection with that universe. The scenes work well on their own, even for viewers who may not have seen other Marvel/Netflix shows.

For the most part, the season stays on track. It becomes clear that The Punisher isn’t a superhero. He’s not even a hero, but he’s not a villain either, although he’s done some horrendous things.

Even better, unlike most of the other Netflix series, there are no ninjas in The Punisher! There’s no hint of the The Hand, which was getting boring by the time The Defenders hit. No, this season is sharply focused on learning who murdered Castle's family.

Down: It doesn't inspire discussion 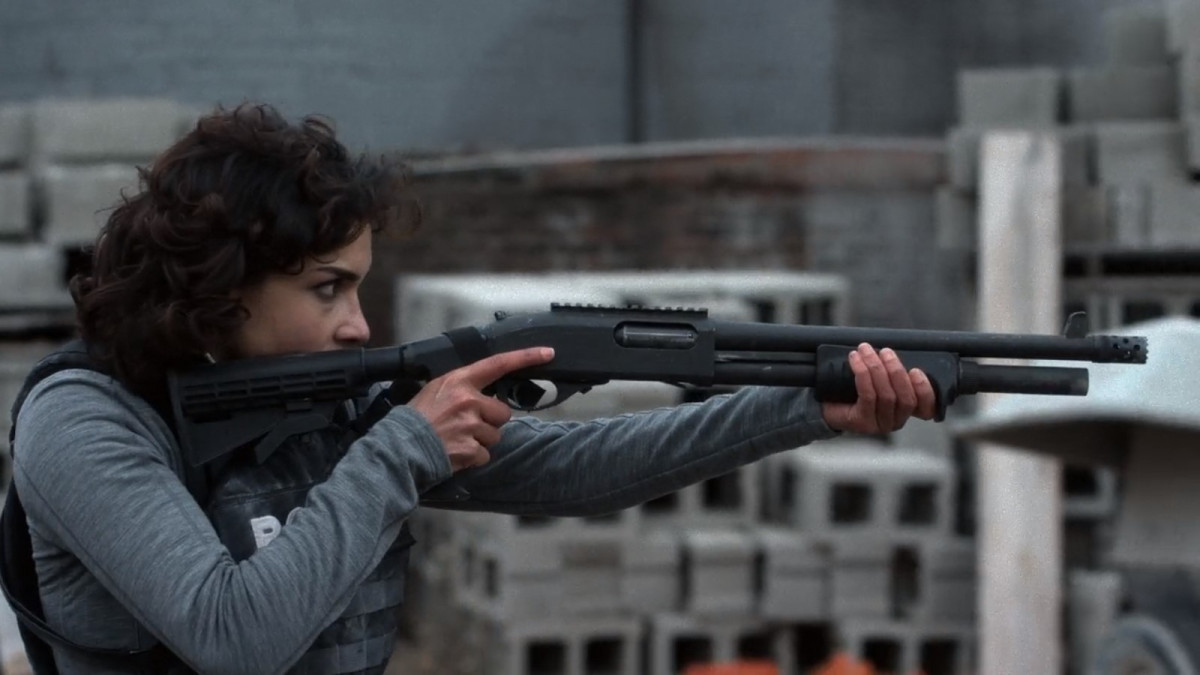 The Punisher works wonderfully as a standalone series, but it needs a second major character to express an opinion on the meaning of justice. One of Daredevil's biggest achievements was that it featured a conversation between two characters with opposing views on the topic at hand. The dialogue itself, when it took place, and the characters’ motives made it difficult to choose a side.

With The Punisher, the story is told from Castle's point of view, although Dinah Medani (Amber Rose Revah) is set up to work as a counterbalance throughout most of the series. In comparison with Matt Murdock, Dinah is just a rough sketch.

While promoting the series, Bernthal remarked that The Punisher should also fuel a conversation about gun control. But that’s difficult when just one side of the issue is presented, even though the series' message on PTSD, veterans, and gun violence  is crystal clear. 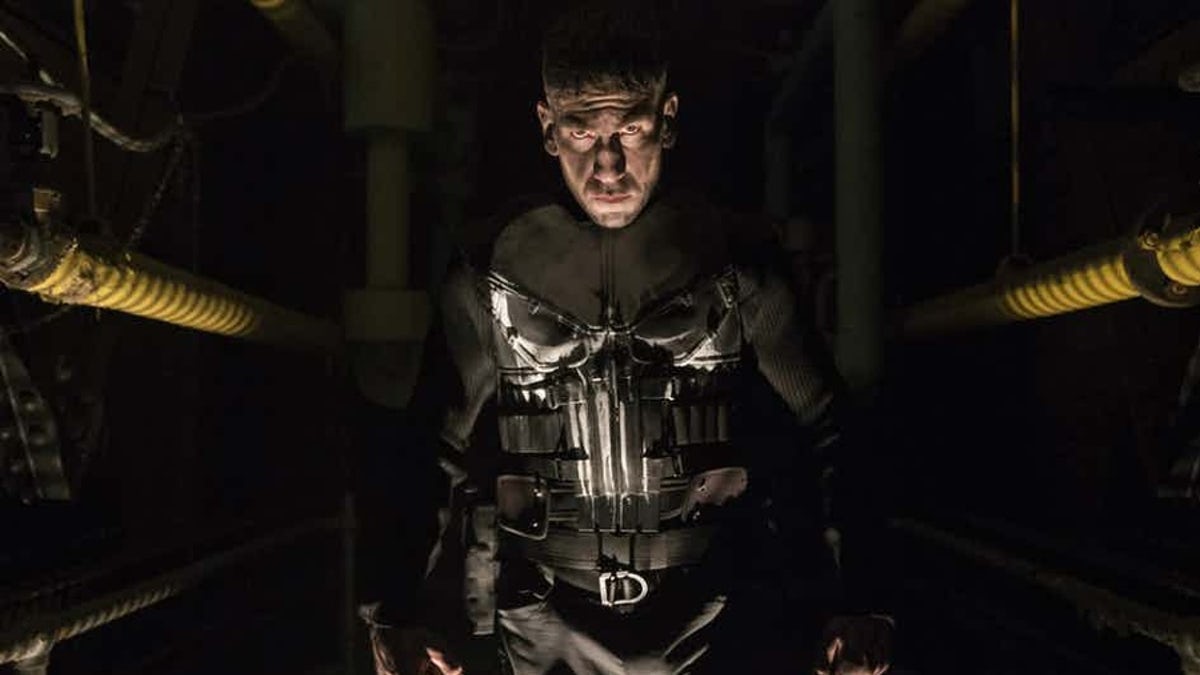 We expected that The Punisher might drag at times, as the other series from the same shared universe have. However, when the series kicks it into high gear, The Punisher stands out from the rest. As it should, given its contemporaneous themes.

The Punisher has much more to say than a show like The Defenders. The show’s creators use violence not just for the shock value, but to underline statements made throughout the series. It doesn't feel at all cheap, and every blow and bullet is right on target.

Castle is a violent character, and this first season explores what this means. Thanks to Kandahar and others, we know what drives this violent anti-hero and what we should expect from him. He won't stop now, even if those who killed his family have paid.

The first season’s violence makes it clear that even if Frank Castle wants to get out, he feels at home with violence. Hurting and killing bad guys is what he was always meant to do. 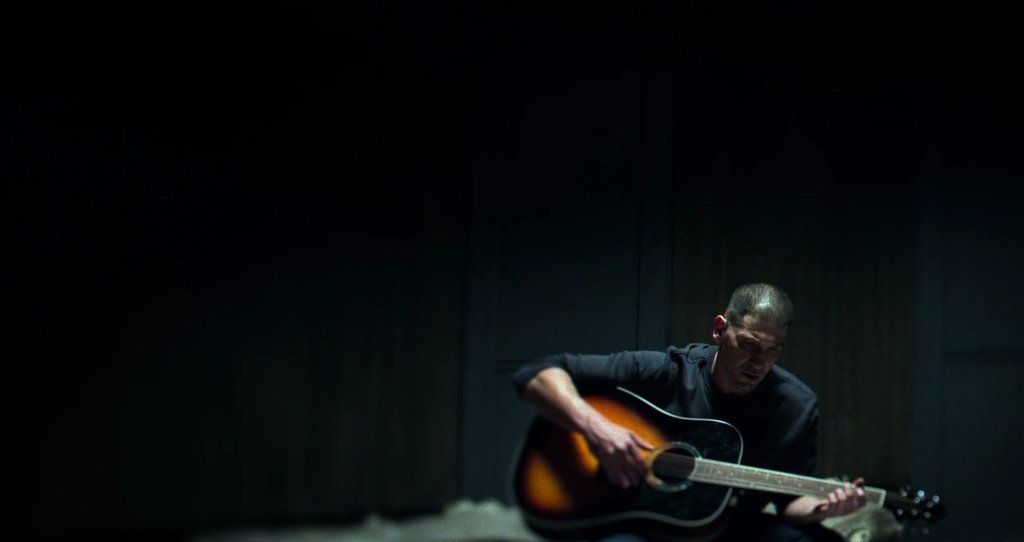 Netflix has replicated the success of the initial Marvel series with The Punisher, but the show nevertheless has some confusing moments. The most confusing of all is what drove Castle to become the Punisher.

Even if we didn't believe that the story of his family’s murders ended when he killed Major Schoonover during Daredevil's second season, this thread should have been much less convoluted. Simply put, the government conspiracy doesn't work as well as the showrunners intended.

The backstory becomes even more confusing when Castle’s flashbacks to his time with his wife and kids show up during the most intense moments. The reason for the flashbacks is obvious, since the memories define and motivate his quest, but it seems odd that he’d recall being intimate with his wife as he’s being tortured.

This dilutes the impression that his life revolves around violent revenge, making such moments seem superficial. And the fact that we know next to nothing about his wife doesn't help much.

And here’s another thread: The relationship between Castle and Micro's family continues even after the point has been made, making the whole thing a little bit awkward.

Up: The cast is excellent 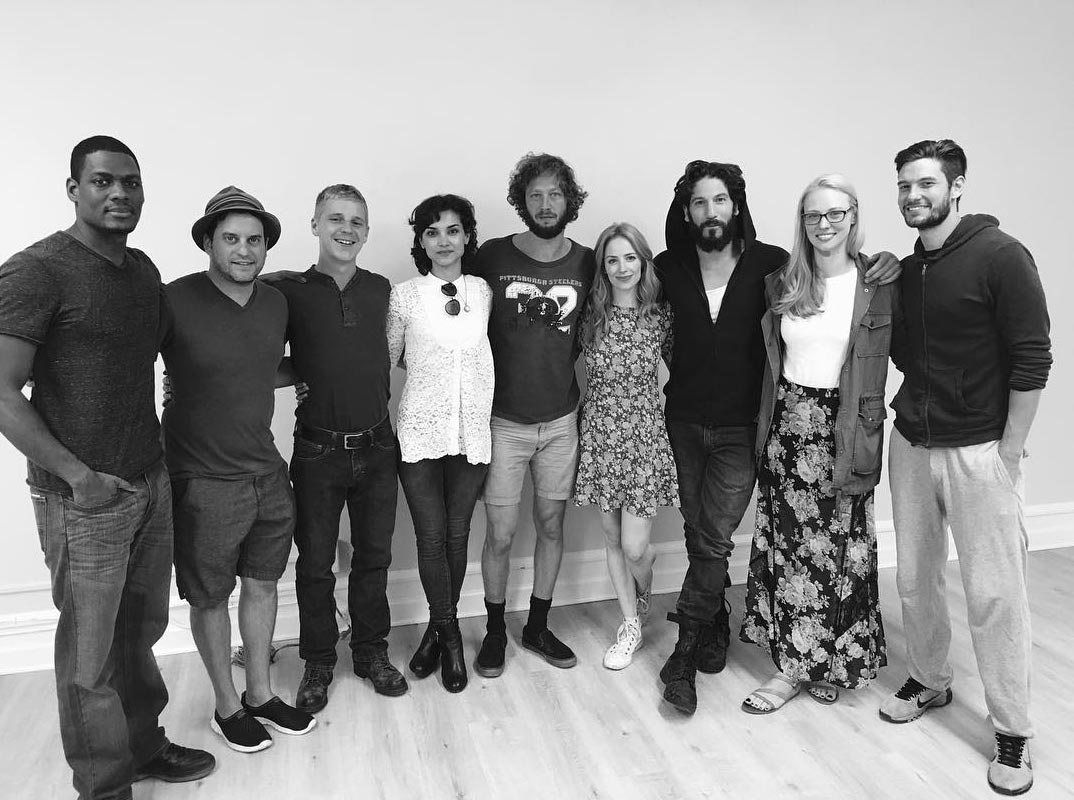 A great cast has become a staple for virtually every Marvel/Netflix collaboration, and The Punisher is no exception. The cast is excellent, and even minor characters show depth.

Ebon Moss-Bachrach's Micro is the show’s second lead. He could have been limited to just providing comic relief, but he also hits all the right notes when it comes to dramatic moments.

Amber Rose Revah is another highlight as Dinah Medani, although her character's arc becomes a bit muddled here and there. Medani is in no way in the same league as Castle, but she does provide the counter-arguments a story about violent revenge requires.

Ben Barnes, although the show’s foreshadowing of his character's fate doesn't always work.

Lastly, we feel that supporting actor Daniel Webber steals the show as Lewis Wilson, who best emphasizes where violence leads and how people might view a character like The Punisher.

Down: Not every character works 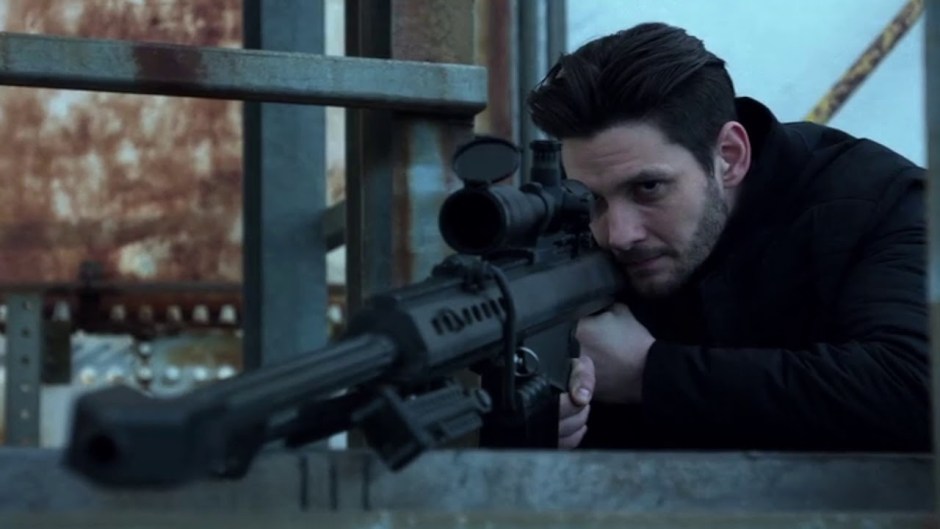 The actors may be wonderful, but some of the characters just don’t work. Returning to Dinah Medani, it was clear from the start that she would never stop in her quest for justice. However, by the time everything ends, she saves the terrorist who murdered Ahmad Zubair.

Sarah Lieberman is another weak link. Her actions make no sense, particularly during her tipsy moment with Castle and during her interactions with her son.

Ben Barnes' Billy Russo is another character the writers should have spent a bit more time developing. Barnes does a great job of making us both like and hate his character, but there’s no mystery to him, even as his identity as a villain was set up to be a plot twist.

Up: Micro and Castle 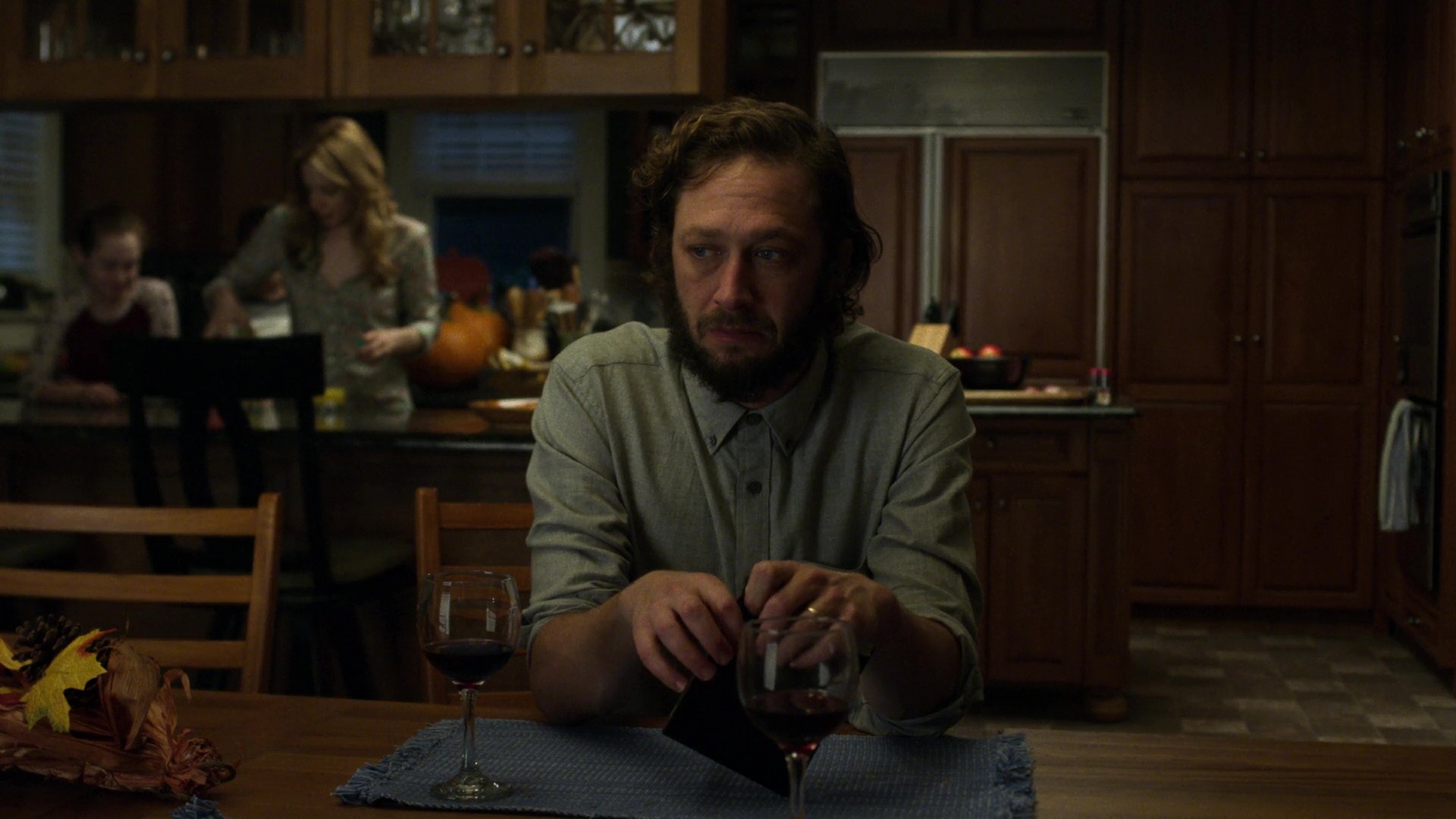 Fans may be displeased by liberties taken by Marvel and Netflix when they brought some of the show’s characters to life. For example, this is the first time we’ve heard that Russo served in the military with Castle. But we can’t deny that this show’s version of Micro is perfect.

One reason for this is that the relationship between Micro and Castle evolves over the course of the first season. Interviews with cast members indicated that the characters weren't going to see eye-to-eye at their first meeting. This is a common trope in this genre, but it isn't too obvious, thanks to the way the characters are constructed. Their relationship evolves organically from one episode to another, and Micro and Castle realize that they need each other.

We don't know whether Castle will find a significant other in the future (Deborah Ann Woll revealed that talks have taken place). He may not, but Micro and his family could give him a reason to continue. 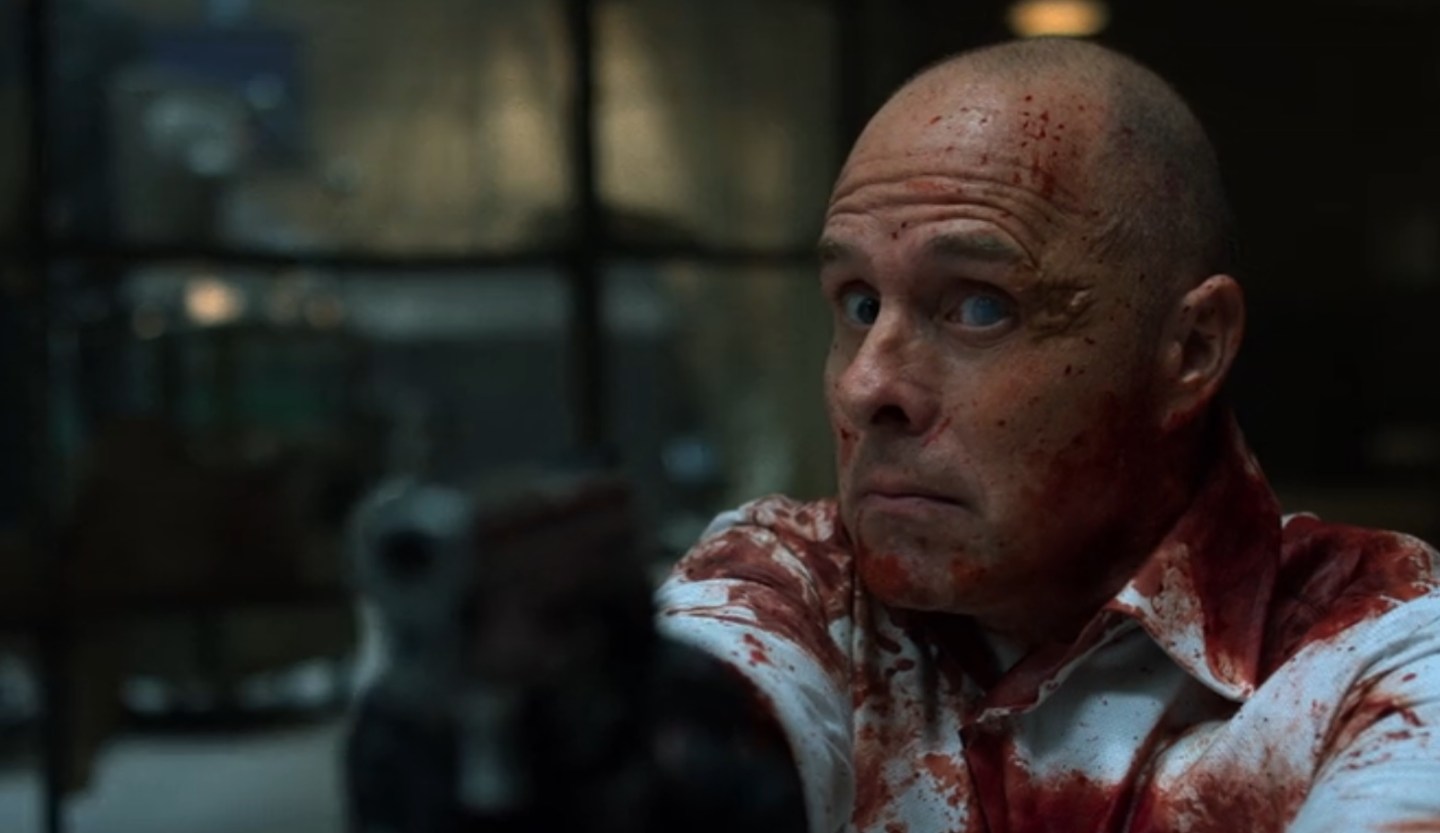 While the reveal that Billy Russo would play a villain didn’t surprise anybody, main antagonist Rawlins (Paul Schulze) didn't meet fans’ expectations. Sure, everybody sees how sleazy he is, and everybody hates him (again, the cast is great). However, he doesn't pose the threat of a Kingpin (Daredevil) or a Kilgrave (Jessica Jones).

Rawlins does know how and when to pull strings. However, when he’s finally in the same room with the one person who’s responsible for his troubles, he lacks the qualities that pushed him to the top.

After Rawlins’ past experiences with Castle and what he learned about him, did he really believe that a bit of torture would work? He didn’t realize that the Punisher would have a backup plan, or that things were happening exactly as he wanted them to? Given his relationship with Billy Russo, how could he expect anything other than betrayal?

Agent Orange failed to rise to the occasion.

Up: Bernthal owns the role 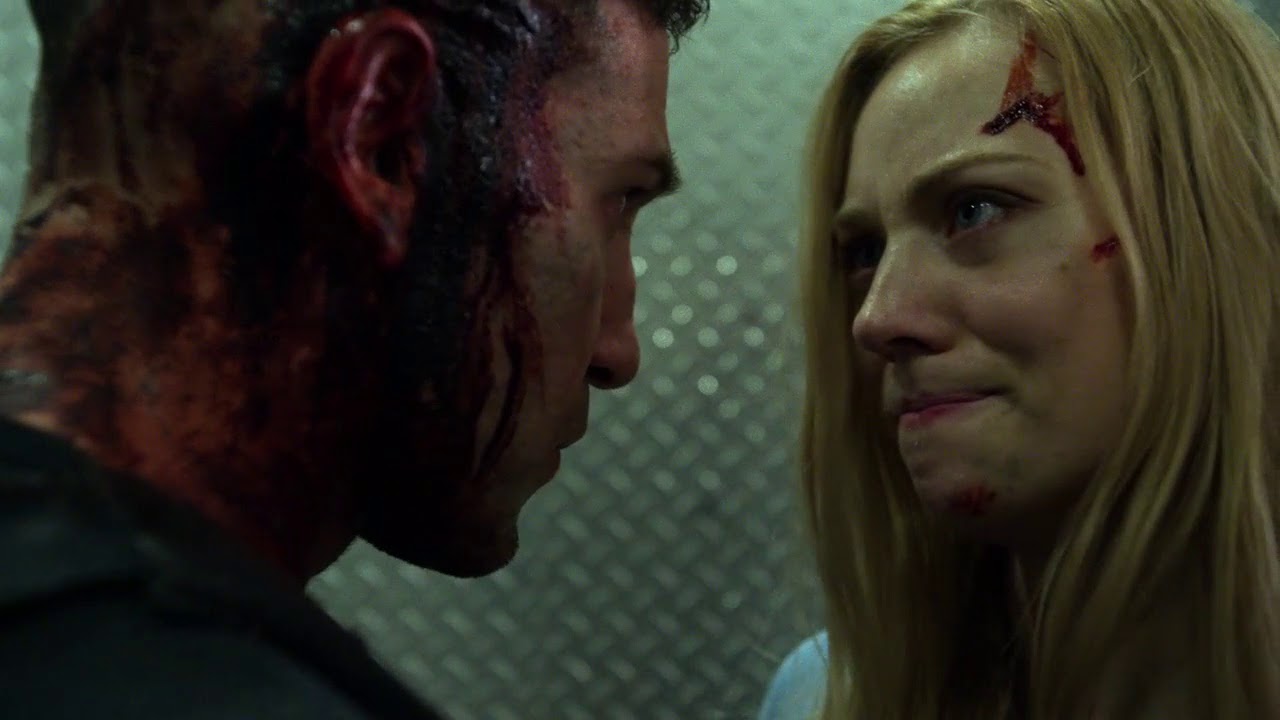 Castle was just a secondary character in Daredevil,  so there was some doubt that he’d be able to carry his own solo series. His interactions with the characters in Daredevil guaranteed his popularity, but the announcement that Karen Page was the only one who would cameo in The Punisher only served to reinforce those doubts.

But Bernthal completely owns the role, and has succeeded in adding to its depth. Some of the flashbacks might not have worked, destroying the tension of certain scenes, but Bernthal made the most of it and elevated the character. Revenge and violence flow through Castle's veins, but the actor also managed to show his character’s vulnerability.

But this really isn’t all that surprising. Bernthal has said that he understands where Castle comes from and agrees with his resolve.

Ending with a bang (Netflix)

The Punisher ended on a high (and violent) note. Unfortunately, it dragged a bit on the way. The story didn’t require thirteen episodes, and the early part of the season was pretty slow-moving.

The show introduced some unnecessary side-plots, although Lewis Wilson’s story was a highlight. Was it necessary to present an actual debate about gun control? It wasn’t, but there it was.

Did we really want to know how high the Agent Orange conspiracy went? Was it necessary to introduce CIA Deputy Director Marion James, especially since it turned out that her connection with Agent Orange was meaningless?

But this is a fairly common fault among the Marvel/Netflix projects. And we’re betting that a shorter season would mean much better stories for the characters. 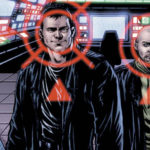 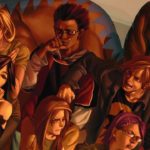