Wonder Woman - What We Know So Far 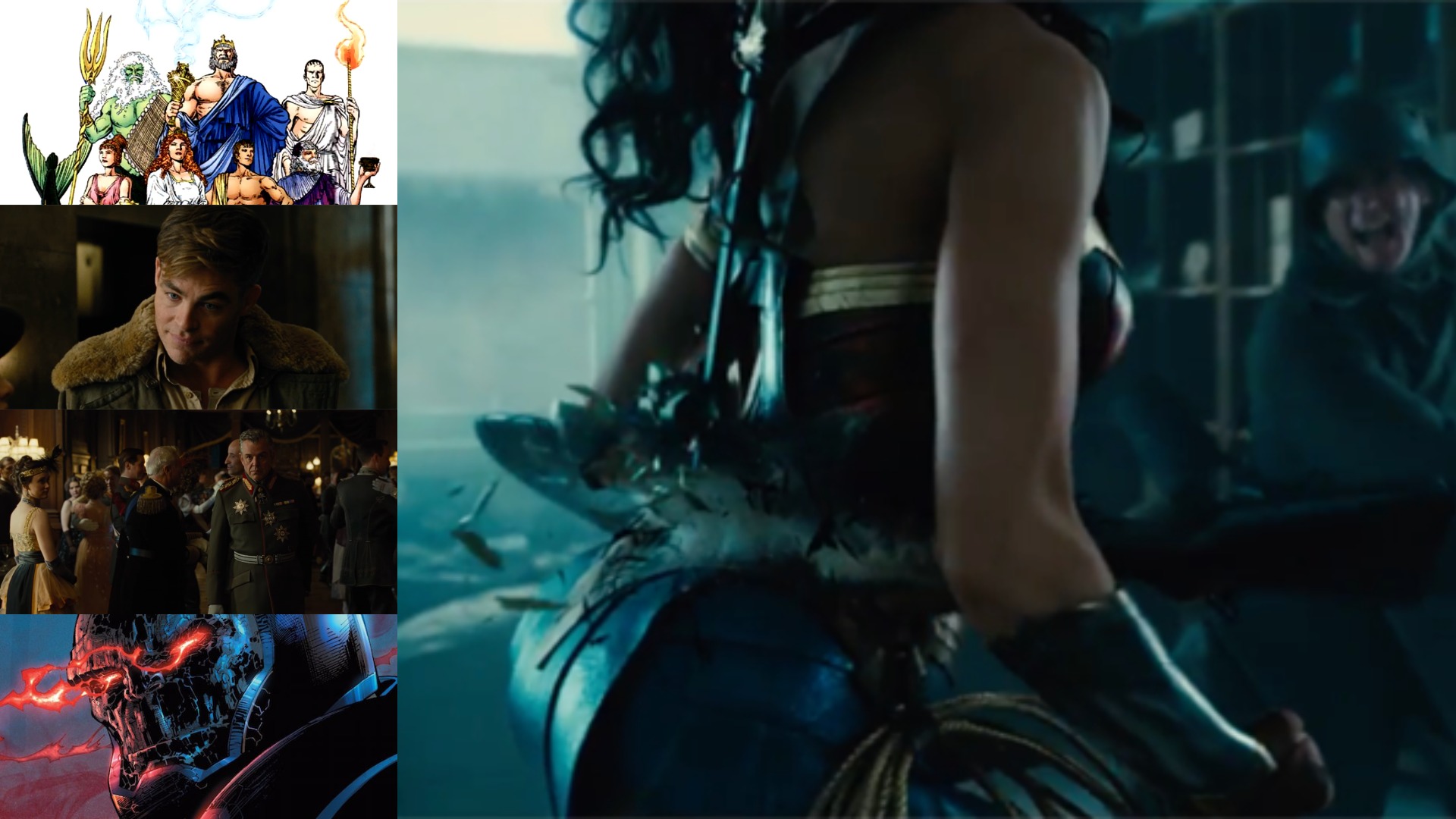 While there is still about one year to go until the release of Wonder Woman (2nd of June 2017), DCEU's next installment has us all hyped up. We already knew that this movie would be something special, being the first superhero flick focused on a female character. However, in addition to that, the trailer revealed a sunnier and more colorful side of the shared universe.

And the trailer managed to do that without throwing away the overall tone of the shared universe.

So yes - Wonder Woman has a chance of being the first DCEU flick to end the controversy and to be both critically acclaimed and a box office hit. Which is great for us all, the comic book movie fans!

So what do we know about Wonder Woman's first solo flick in this shared universe? Well, we don't know too much. We have plenty of questions, and I guess they will be answered as the release date is closing in.

So check out these questions, as well as what we already know. And be warned - there may be some spoilers here! 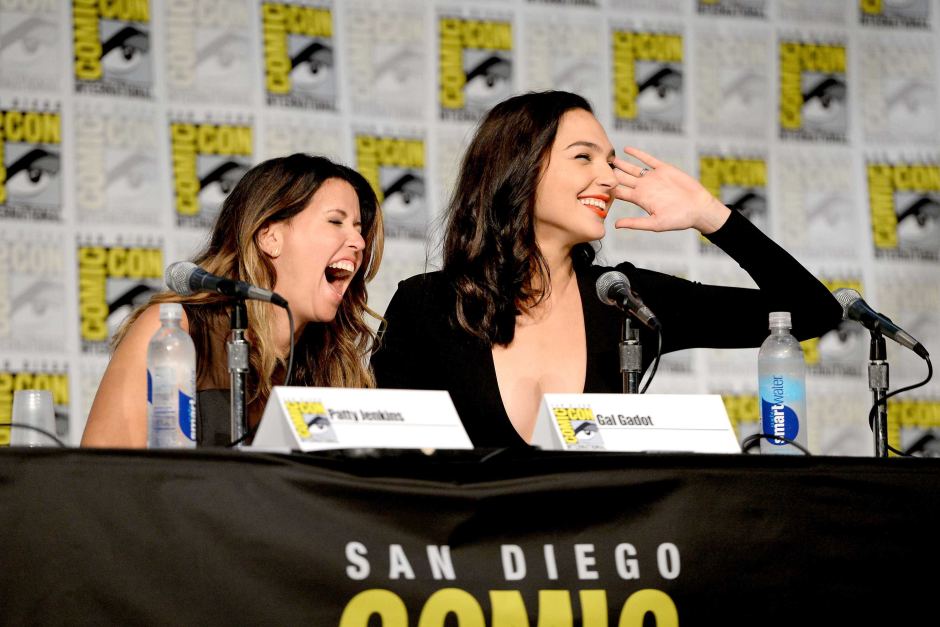 After much debate and many rumors (including one that said that Angelina Jolie Pitt would direct Wonder Woman), Patty Jenkins was hired for this role. The director doesn't have too many credits to her name. As a matter of fact, she directed just a single big screen film, in 2003. However, Monster (starring Charlize Theron) received critical acclaim and secured an Academy Award for its main star.

This isn't all, though. By directing Wonder Woman, Patty Jenkins is also the first female director to helm a tent pole film with a budget bigger than $100 million. So this is yet again a first for Warner Bros. and the DCEU.

Of course, to be noted, Patty Jenkins could have done that earlier, had she signed to direct Thor: The Dark World. But maybe it is for the better this way - the trailer for Wonder Woman looks more than amazing. 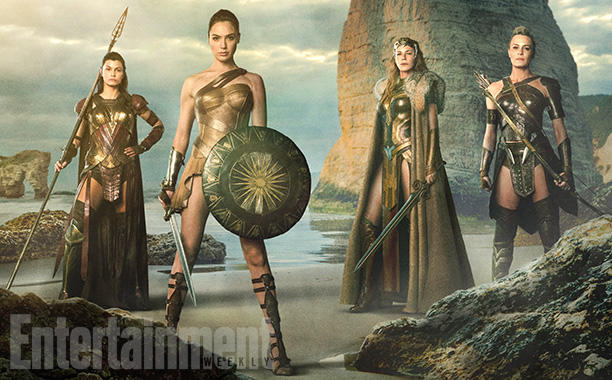 As everybody knows, Gal Gadot is Wonder Woman. She already appeared in Batman v Superman: Dawn of Justice, stealing the show with her heroic acts. In the Doomsday fight, she was literally the best - it was as if the battleground was a playground for her.

Joining her is Chris Pine as Steve Trevor, who has been the love interest of Wonder Woman in the comics for a long time. Which is great - for a change, the woman will come to save the man. And, from what I've seen, there is a great chemistry between the two stars.

Connie Nielsen (Gladiator, The Devil's Advocate) is Queen Hippolyta, Wonder Woman's mother. Previously, Nicole Kidman was in negotiations for the role, but she had to drop out in order to shoot Big Little Lies. 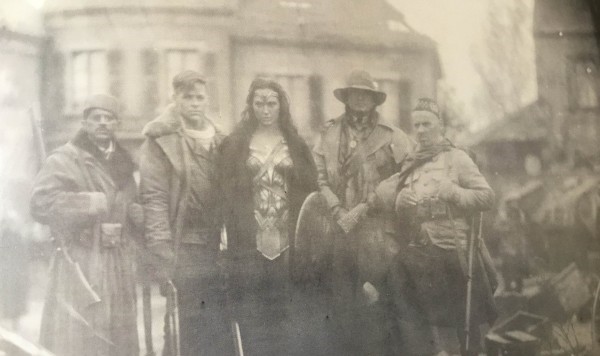 Robin Wright (General Antiope), Lisa Loven Kongsli (Menalippe), Danny Huston, SaÃ¯d Taghmaoui, and David Thewlis round out the amazing cast. Obviously, there are big question marks concerning the roles some of these actors will play.

The most epic superhero shot (ThisIsInsider)

For quite a while, it was rumored that Wonder Woman would take place in several timelines - during WWI, WWII, and the present time. However, later on, it was revealed that WWI is the setting.

Furthermore, the movie is set about 100 years before the events of Batman v Superman: Dawn of Justice. Basically, Steve Trevor (who appears to be a spy of some sort) will become stranded on Themyscira, and he will be brought back into Man's world by Wonder Woman (who assumes the identity of Diana Prince).

Who is Danny Huston?

For the comic book movie lovers (and not only), Danny Huston is the go-to guy for villainous roles. The Wonder Woman trailer does nothing to chase away this idea, especially since we see the Amazon Princess crashing a party with the intent of killing his character.

So is he a villain in this movie? Well, of course he is - after all, he seems to be playing someone very important in the German army. But is he a simple soldier? I bet he isn't - Wonder Woman wouldn't risk exposing herself just for this kind of assassination.

The rumors say that Danny Huston is Ares, one of the most well-known villains of Wonder Woman. And it makes sense - especially if we consider that the God of War is always behind the biggest conflagrations.

Can we assume that she has some Amazons by her side? Of course we can. We do see some soldiers battling the Amazons in Themyscira and there is also that weird lady with the mask, most likely covering her scars. I can bet that she is an Amazon.

However, the rumors do say that she is Silver Swan, who also shared a connection to Ares.

In Batman v Superman: Dawn of Justice, Wonder Woman said that she has fought monsters from other worlds. Furthermore, if we take into account that she retreated from the world of Man right after WWI, we can assume that she has met otherworldly creatures during this Great War.

Can we assume that Darkseid is in any way connected to this? Yes, especially if Danny Huston doesn't portray Ares, but a New God.

Some recent reports suggest that Warner Bros. will drop most of the movies and release dates it has announced for the DCEU. One of the new movies will be titled New Gods and, presumably, will deal with Darkseid's history. In this case, it wouldn't be too hard to believe that the ruler of Apokolips has tried again and again to take over the Earth.

The Justice League trailer made it clear. So, maybe, he sent one of his generals to Earth to destabilize the world through a World War. Or, maybe, he conspires with the leader of Intergang. Who knows? 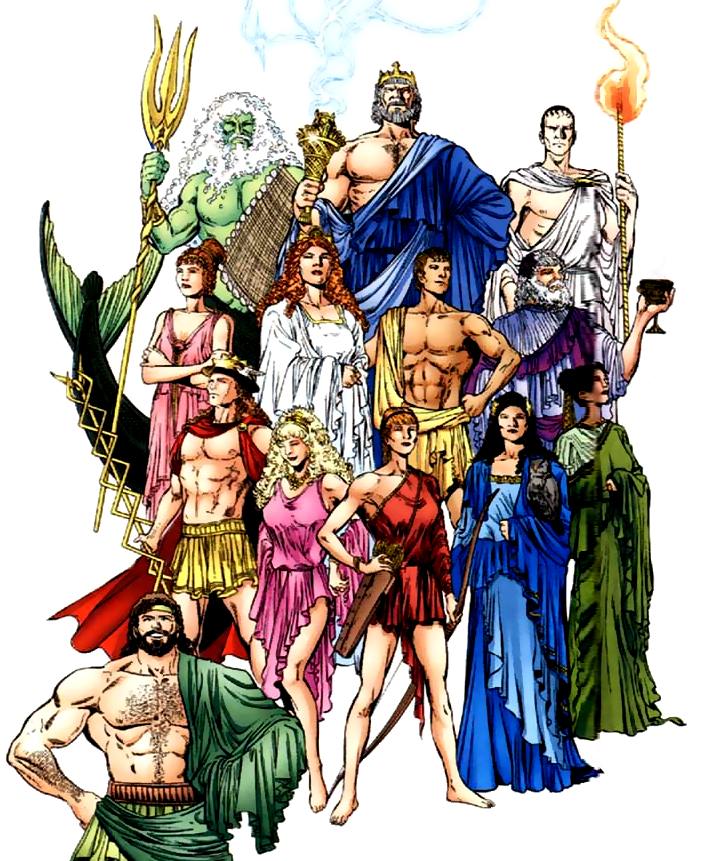 While we did catch a glimpse of what magic can do in Suicide Squad, and while we did see some ancient and powerful beings fighting on the streets of Midway, Wonder Woman will truly delve into the DCEU's pantheon.

Thus, if Ares wasn't a big enough hint, Zeus is also teased in the Wonder Woman trailer. And if Darkseid is a member of the New Gods as it is rumored, we will finally see what these super powerful beings can do on the big screen.

Which is great! Marvel did have this occasion with Thor, but missed it once the Asgardians were described as an evolved alien species (not recognizing that they are actual Gods was also a miss). So, if Zeus and Ares and even Darkseid are in any way like they are in the comics, then we are in for a treat!

To be noted, Wonder Woman's origin from the film seems to be taken from the new 52. Thus, if she used to be made out of clay, her origin changed, being the daughter of Hippolyta and Zeus.

The Invisible Jet can be not seen everywhere, if I may say so. While Wonder Woman will have her shield (an older version than in Batman v Superman: Dawn of Justice), her Lasso of Truth, and her sword, Patty Jenkins has decided against using the famous jet.

According to the director, the time period in which the movie takes place simply didn't allow it. Besides that, I believe that the superheroine’s origin story shouldn't bring in her entire arsenal. Even if she ends up facing just simple human soldiers, she'd have an even bigger advantage with the Invisible Plane.

To be noted, this is indeed an origin story. While Wonder Woman is more than five thousand years old in the DCEU, she has just arrived in the world of Man. And maybe that is why she hasn't discovered all of her powers. For example, there is no hint that she can fly.

Maybe this will happen later on, after a full confrontation with Darkseid and his more powerful generals.

To sum it up quickly, it looks awesome. Whether it is on the battlefield, whether it is in close quarters, Patty Jenkins and Gal Gadot have done a great job at capturing how awesome Wonder Woman can be.

At the same time, the action also speaks about the character itself. If in Batman v Superman: Dawn of Justice the superheroine was smiling no matter how hard Doomsday was hitting her, the Wonder Woman trailer reveals her in her entire ferociousness (as if she were battling something stronger or more threatening than Doomsday).

The look on his face (Coming Soon)

Unlike in the Batman v Superman: Dawn of Justice trailers, the comedy doesn't seem forced. And that is thanks to Chris Pine's awesome timing. Whether he questions his own gender, whether he cannot fathom the existence of godly creatures, or whether he doesn't want to understand what being a secretary means, this Steve Trevor will bring the comedy. Together, of course, with Lucy Davis' Etta Candy.

So, from the trailer alone, Wonder Woman has a big plus as far as other DCEU movies are concerned. From this point of view, this flick seems to be more genuine than even Suicide Squad, which featured some rather poorly chosen jokes in the trailers.

So yes - I do believe that Wonder Woman will be a game-changer. And not just for the DCEU. I am looking forward to more comic book movies focused on superheroines and more female directors at the helm!

The symbolism of Wonder Woman

The best shot in the entire trailer (Coming Soon)

There is also one more thing that we know about the Wonder Woman movie - and this makes me even more excited about this flick. While it is lighter, in both tone and colors, it is still filled with numerous symbolic moments. Or, at least, this is the impression after watching the first trailer. And this is great - Zack Snyder, besides the amazing visuals, has a knack for symbolism. And since Wonder Woman will go on the same path, this is great - the DCEU has continuity, from this point of view.

Of course, we might believe that everything was thrown into the first trailer - the woman rising in No Man's Land, breaking the weapon on the hips, wielding the Lasso of Truth, the color scheme from the party, and so on and so forth.

But still - even if there aren't too many moments of this kind (which I doubt), it won't be a shallow movie. It won't be just action combined with moments of levity. Which is great (maybe this is what Gal Gadot meant when she talked about the emotional intelligence of the superheroine).

What do you think? Are there any other facts and rumors we should have mentioned about the first Wonder Woman movie? 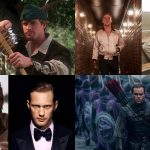 Green Arrow - Actors for the Big Screen
Next Post 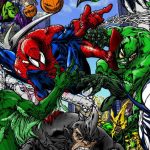