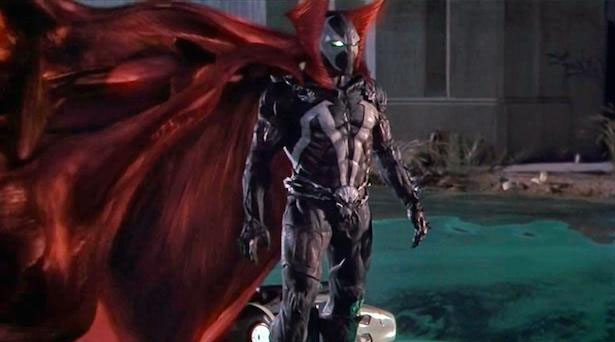 A lot is made of how characters in superhero movies look in comparison to their comic book counterparts – whether it’s in terms of their costumes, their facial appearance, their coloring, their size, or whatever else. But we really have to ask why this is actually the case?

If Hugh Jackman’s Wolverine proves anything, it’s that it really doesn’t matter how they look – if the performance is good, the aesthetics in comparison to the source material are ignored.

Jackman is considerably taller, less bulky, and far better looking than the comic book Wolverine and, of course, he doesn’t wear his iconic yellow costume – and yet he’s one of the most popular comic book movie characters of all time.

On the flip-side, there are some comic book movie characters who looked great, but still sucked – and that’s what this article is going to prove. Here are ten prime examples. 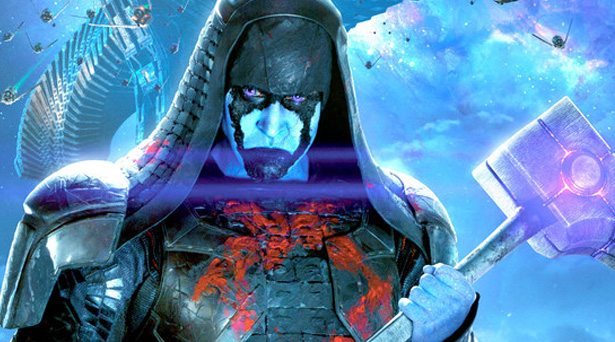 Ronan the Accuser, as drawn by Jack Kirby, has the classic look of the character in question – and it was that version that Marvel Studios drew inspiration from when they adapted the character onto the big screen. Sadly, he was still pretty poor.

Lee Pace played the character in the Marvel Cinematic Universe, showing up as the main villain in 2014’s Guardians of the Galaxy, but there really wasn’t much to him.

He came across as fairly powerful – powerful enough to fairly comfortably take on the entire titular team, even before gaining his Infinity Stone power-up – but he was underdeveloped and boring. Still, at least he looked good.

Now let’s move on to one of the most hated comic book movie villains of all time – and our first DC movie entry. 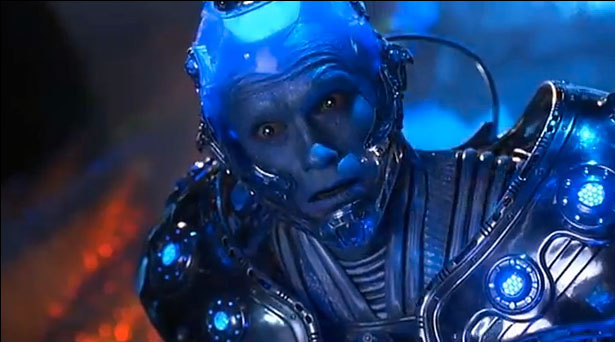 Arnold Schwarzenegger’s portrayal of Mr. Freeze in 1997’s Batman and Robin is one of the most despised portrayals in comic book movie history – and with very good reason.

This Mr. Freeze was awful. His one-liners were diabolical, his threat-level seemed minimal and he was about as camp and playful as villains come – but he actually looked pretty damn good.

His armor was very cool looking (no pun intended) and, aside from Arnie being much bulkier than the comic book version, it was a faithful visual portrayal of a character who always looks pretty good in the comic books as well.

And now we’re heading back to Marvel, with yet another villain. 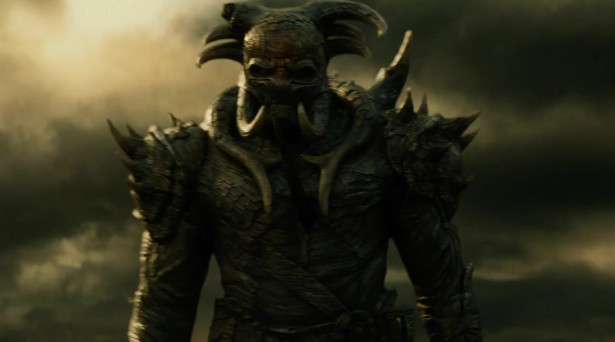 Of the two main villains in 2013’s Thor: The Dark World, Kurse – the secondary villain - was not only the most threatening, he was also the most visually impressive. Unlike his boss Malekith, Kurse actually looked pretty great. It’s just a shame that his imposing appearance was the best thing about him.

Portrayed by Adewale Akinnuoye-Agbaje, Kurse had the physical might to overpower Thor – and he looked great doing it (as good as, if not better than, the character looks in the comics), but he was otherwise wasted.

There was little by way of character development, he had no discernible personality (he didn’t even speak as Kurse) and, despite his power, his role was essentially that of a flunky and he was killed off very quickly.

We’ll now move on to our first titular movie character – one who is neither Marvel nor DC.

Spawn is undoubtedly one of the coolest looking characters in comic books – so the fact that the 1997 movie adaptation of the character absolutely nailed the look was a good sign.

Unfortunately, the movie as a whole didn’t match the expectations provided by the titular character’s appearance – even though it was, in general, visually quite impressive. In fact, as a whole, it absolutely sucked.

Michael Jai White did his best, but the material he was given to work with wasn’t great and the character failed to live up to his popularity in Image Comics. The movie – and the character – relied too much on violence and there wasn’t much more to it than that.

Now, we move back to DC and on to another titular character – the most iconic character on this list, by all accounts. 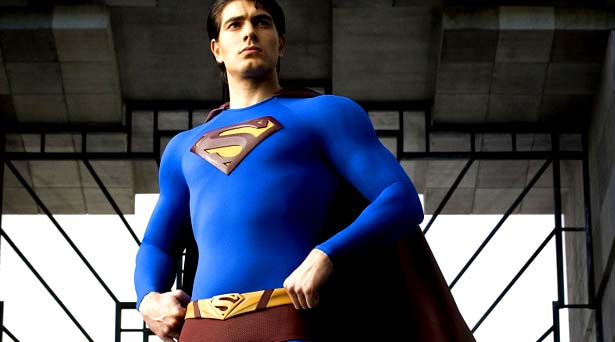 Superman’s iconic look was nailed – and even modernized slightly from the previous movie version portrayed by Christopher Reeve – for 2006’s Superman Returns, but we can’t say the same for Brandon Routh’s portrayal of the character.

Routh lacked both the screen presence and charisma of Reeve and that really did stick out like a sore thumb. The portrayal was every bit as boring as the film itself – which, trust us, was extremely boring (NOTHING of note happened?!).

That’s a real shame, because the potential from the look was huge and is a prime example of why promotional material should never be used as a gauge of a movie or character’s quality in the final product.

Speaking of Kryptonian characters, let’s move on to our next entry. 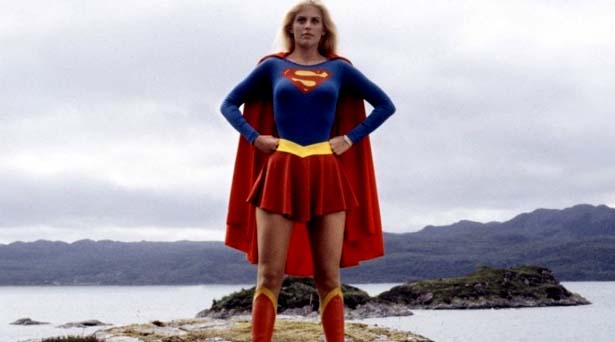 Like Brandon Routh’s Superman before her on this list, Helen Slater’s Supergirl really did look the part. Unfortunately, the 1984 movie was absolutely abysmal on the whole.

It was absolute nonsense, and Slater didn’t really do herself any favors in the role. Sure, she was cheery and likeable enough, but her characterization was too inconsistent and her actual acting was amateurish, to say the least.

Even the movie’s links to the Christopher Reeve series of Superman movies – of which it was a spin-off – couldn’t prevent it from completely flopping at the box office. Slater’s portrayal of the titular character really didn’t help matters on that front, even though her look was nailed.

Now, let’s move on to one of the portrayals of an iconic villain who has actually been portrayed by two different actors in two different franchises. 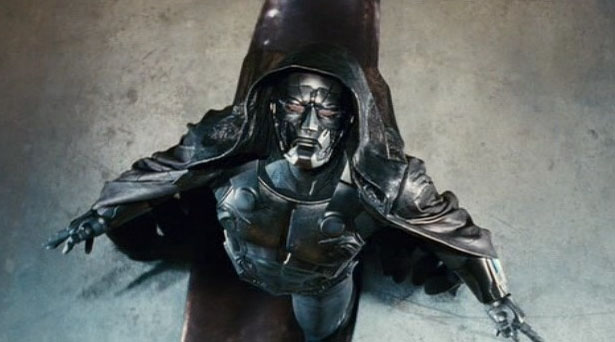 McMahon played a rather pathetic, wimpy, and whiny version of Doctor Doom, but he didn’t actually look half bad – at least not when he wore a cloak and had his all-over metallic look – but it wasn’t enough.

Doom’s origins and the source of his powers were changed from the comic books and, adding that on top of McMahon’s meek performance, it all made for a terrible depiction of an iconic villain.

Now it’s time for another Marvel character – this time one who was somehow allowed to return for a second titular movie. 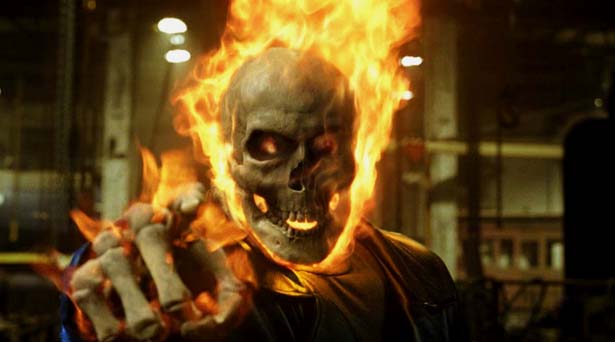 Nicolas Cage seems to have just two levels of performance – absolutely outstanding, like his Oscar-winning performance in Leaving Las Vegas, and absolute trainwreck, like his performance in the Ghost Rider movies (both of which earned him Razzie nominations).

Cage is a big fan of the character and jumped at the chance to portray him, but he just didn’t do it very well. He was far more funny than frightening and went into that typically over-the-top crazy mode far too often.

That being said, the character looked fantastic – absolutely exactly like he looks in the comic books and exactly how fans would want the character to look in live action. It’s just a shame the overall portrayal wasn’t up to the same standard.

The next entry is a whole team, rather than an individual. 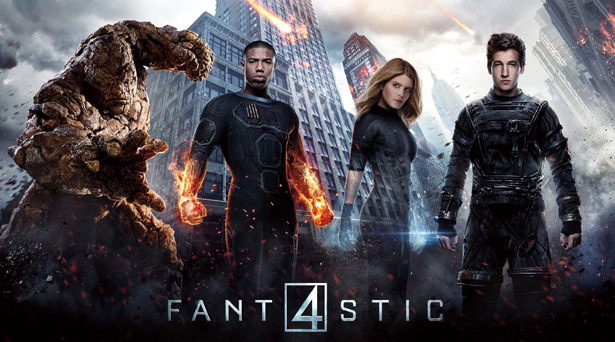 In this instance, unlike the Doctor Doom entry on this list, we are referring to the 2015 movie version of the the Fantastic Four. The 2005-07 version of the team looked pretty terrible and cheesy, but the 2015 reboot gave the team a pretty cool look. Unfortunately, the character portrayals and the movie itself were terrible.

The costumes in the 2015 version looked more combat appropriate than the bright blue spandex they were given in the previous movies, and the Thing’s look was much better – they were actually all a lot better aesthetically than the versions seen in the comic books, proving that taking aesthetics directly from the source material isn’t always for the best.

Sadly, the hideously boring plot and incredibly underwhelming acting performances meant that none of that really mattered.

We now move on to the final entry on this list – a Marvel movie villain who looked great, but was hated almost universally. 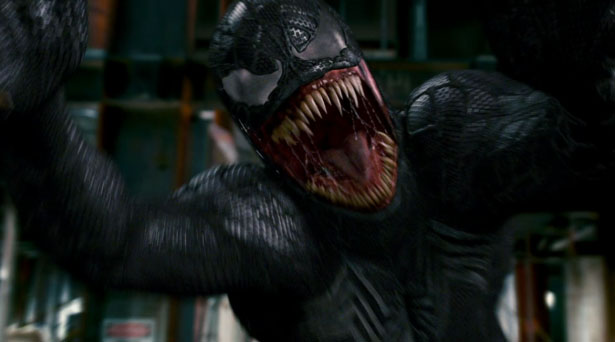 Ugh. There really is no better word than “ugh” to describe Topher Grace’s terrible portrayal of Eddie Brock, aka Venom, in 2007’s Spider-Man 3. It was awful, whiny, and pretty damn pathetic – but the CGI used to create the symbiote and the Venom half of the character was great!

Considering the overall depiction is one of the most hated in comic book movie history, that really makes it a wasted opportunity, because it could have been brilliant.

Here’s hoping we see a better version of the character in the future – something that could actually happen in the Marvel Cinematic Universe, now that Spider-Man’s movie rights are where they belong – with Marvel Studios.

That’s all from me. This was my final article for DailySuperheroes.com. Thank you for reading my stuff over the past fifteen months – and do make sure to continue to visit and support this great site in my absence!

What do you think? Did you think these characters looked the part? Do you agree that they sucked anyway? Which other characters should be on this list? Have your say below!