Created by Kyle Bradstreet, Secret Invasion is based on the Marvel Comics storyline in the same title head. This American TV series has a lot of speculation going on ahead of its release in 2023.  With so many upcoming projects by Marvel, Secret Invasion is the most talked about. As the name suggests, the story showcases a long-term invasion of Earth by the Skrulls which was shown in the original comic book. All the elements and narrative are set to be based on Marvel Comics.

Secret invasion is all set to go on air on the platform service Disney+ in 2023. The makers have put a high impact on the fact that it is going to spin around the original comics, despite having the same name. Here’s everything you need to know about the new release.

Marvel Comics narrates the story of Secret Invasion in a very engaging and interesting manner. An eight-issue limited series that ran from April to December 2008, is based on an alien invasion. The general theme of the story revolves around aliens and shop-shifting Skrulls whose powers have risen. They have found new ways to become undetected. Being imposters for a period of years, they have been successful in replacing many superheroes like Spider-Woman, Ant-Man, and Elektra.

This game-changing comic features Marvel’s best villain The Skrulls and thus, we have high hopes. Even Marvel’s promotional tagline for the release event was “Who do you trust?”

As the promotional tagline goes “Who do you trust?” The heroes faced great trouble identifying each other after their world was flipped upside-down. This happened as a result of consequences after the Invasion and has been shown life-sized in the comics. Tony Stark and Jessica Drew have left no stone unturned in engaging the readers and viewers psychologically. Although expecting the same level of effects on the small screen as the big screen can be a bit too much. But since it’s Marvel, anything is possible.

At D23, Marvel released its first trailer for Secret Invasion and sprawled fire across fans. When Disney+ and Marvel decided to come together to bring this piece of work to the small screen, it had to be a hit. The trailer seems promising with so many different narratives and perspectives. A lot of surprises are in line by Marvel Studios spanning six episodes on Disney+.

Although some similarities can be seen in the comic book and MCU in the trailer, there are also some notable differences. For instance, the scale of the narrative, and characters seem totally different from the original story. Also, it wasn’t Fury who was at the center of the story in the comics, so the focal point also differs. The whole frame of the alien species also looks different in the MCU compared to the villainous stories that Marvel fans are used to. Secret Invasion has a lot of secrets around it and fans are just guessing what’s coming their way. 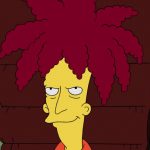 7 Famous Actors Who Voiced Our Favorite Cartoon Characters
Next Post