Rihanna As Poison Ivy? The Pop Star Weighs In 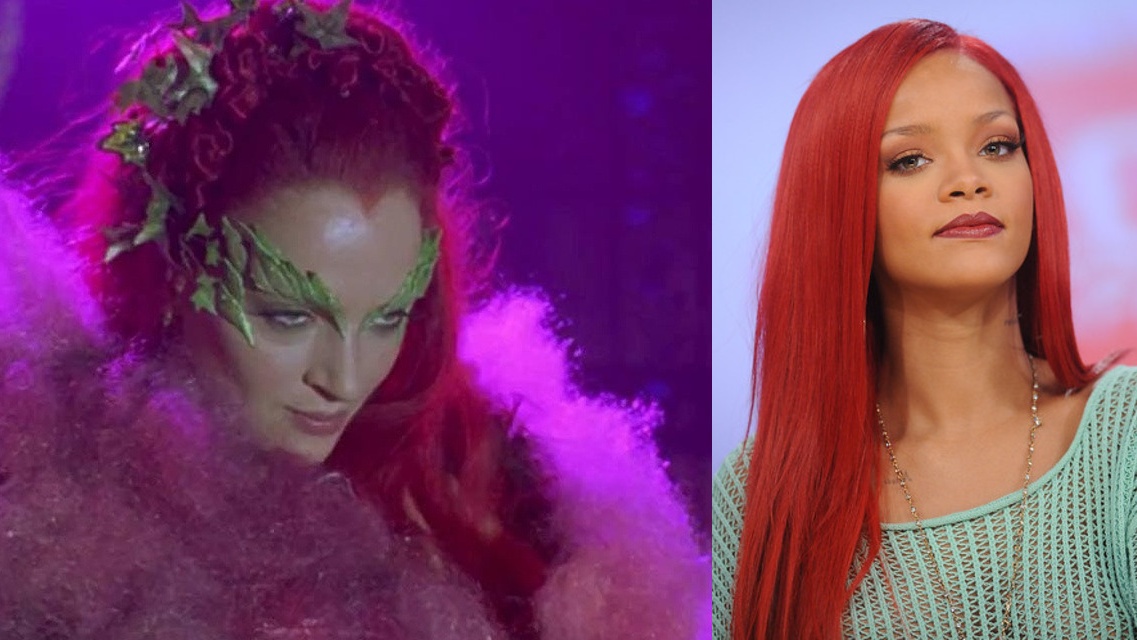 It hasn't even been confirmed what villains are going to appear in The Batman just yet, but Rihanna stirred the pot a little bit a go with a social media post, with many speculating that she was either lobbying for, or hinting at taking on the role of Poison Ivy.

During a recent interview with Entertainment Tonight , the popstar finally addressed the situation. Frankly, she was surprised that some took the post as a signal of anything DC related.

“Wait did I hint anything? Oh that?! Really? That!? Are you serious? No that has nothing to do with Poison Ivy," Rihanna said.

For those who may not be familiar, there's the post in question.

“That [post] has to do a lot with Batman [because] I have separate obsessions,” Rihanna said. “I have bigger obsession with Poison Ivy, I’m just being honest. And yeah, I died my hair red because of Uma Thurman in the original.”

Uma Thurman previously portrayed the iconic villain in director Joel Schumacher’s much-maligned Batman & Robin. The movie, aside from bringing us the Batnipples and a whole bunch of great Mr. Freeze puns, is also famous for giving us a version of Bane that made it tough for many to believe the character could be genuinely imposing. But Christopher Nolan did just that with Tom Hardy's take on the baddie in The Dark Knight Rises.

Now, how does this relate to The Batman? Director Matt Reeves previously revealed that the film will include a bunch of villains for the Caped Crusader's massive rogues gallery. While none have been officially confirmed, persistent rumors include Penguin, Catwoman and Two-Face. It's not hard to imagine Poison Ivy being included in that list. Just imagine Rihanna's take on the villain juxtaposed against Robert Pattinson's Bruce Wayne? It's something the chart-topping musician is game for.

“You know what, they didn’t call me yet. But if they did, I would love to go in and try out because Poison Ivy is one of my obsessions in life,” Rihanna said. “I did it for Halloween one year, I mean come on!”

What we know for sure is that the film is in pre-production as we speak. Reeves penned the screenplay, in addition to his duties as director, and he's previously said it will focus on Batman's skills as a detective in a noir setting.

So what do you think? Would Rihanna make a good Poison Ivy? Should the villain finally get to reappear on the big screen? Sound off in the comments!