Rumor has it a new Constantine movie is coming our way. As reported by The Direct, Warner Bros. is currently developing a film based on the DC Comics character. What’s more, J.J. Abrams would produce via his Bad Robot company, which locked up a huge, multi-million dollar deal with the studio last year.

For the time being this is merely a rumor but one that has been backed up by several sources. Additionally, reporter Brandon Katz took to Twitter to second that he has heard a thing or two about it.

Have heard some whispers about this. If Keanu Reeves returns, that'll give him yet another iconic character to extend his mainstream popularity. Every decade, this dude rolls out another buzzy title to reignite the public's love. What a movie star. https://t.co/v19a0EAcOD

“Have heard some whispers about this. If Keanu Reeves returns, that’ll give him yet another iconic character to extend his mainstream popularity. Every decade, this dude rolls out another buzzy title to reignite the public’s love. What a movie star,” Katz said.

Keanu Reeves previously played the character in the 2005 movie adaptation. Interestingly, before the DCEU as we knew it came to be, Constantine was the highest-grossing DC movie that didn’t feature Batman or Superman in it.

It is unknown at this time if Reeves would reprise his role or if this would be a firm reboot. That said, Reeves is as popular as he has ever been, largely thanks to the John Wick franchise. As Warner Bros. and DC Films continue to experiment with the idea of a multiverse, bringing Reeves back might be a winning idea.

John Constantine has found popularity on the small screen in recent years as well. Matt Ryan played the character in a short-lived live-action series that has a cult following. Ryan later reprised the role in several animated projects, as well as on The CW’s Legends of Tomorrow.

The other question is whether or not Abrams could be persuaded to direct this alleged new Constantine movie. It was always assumed that Abrams’ deal would heavily involve the DC brand. The filmmaker is already confirmed to be developing a Justice League Dark TV series for HBO Max. But serving as a producer and committing to directing a big-budget superhero film are two very different things.

Here is a synopsis for Constantine.

“Renegade occultist John Constantine (Keanu Reeves), who has literally been to hell and back, teams up with a skeptical policewoman (Rachel Weisz) to solve the mysterious suicide of her twin sister. Their investigation takes them through the world of demons and angels that exists just beneath the landscape of contemporary Los Angeles.”

So what do you think? Are you excited for a new Constantine movie? Would you like to see Keanu Reeves return? Or would you prefer a reboot? Join in on the conversation over on Facebook or Twitter! 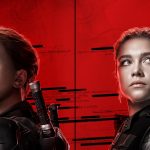 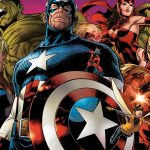