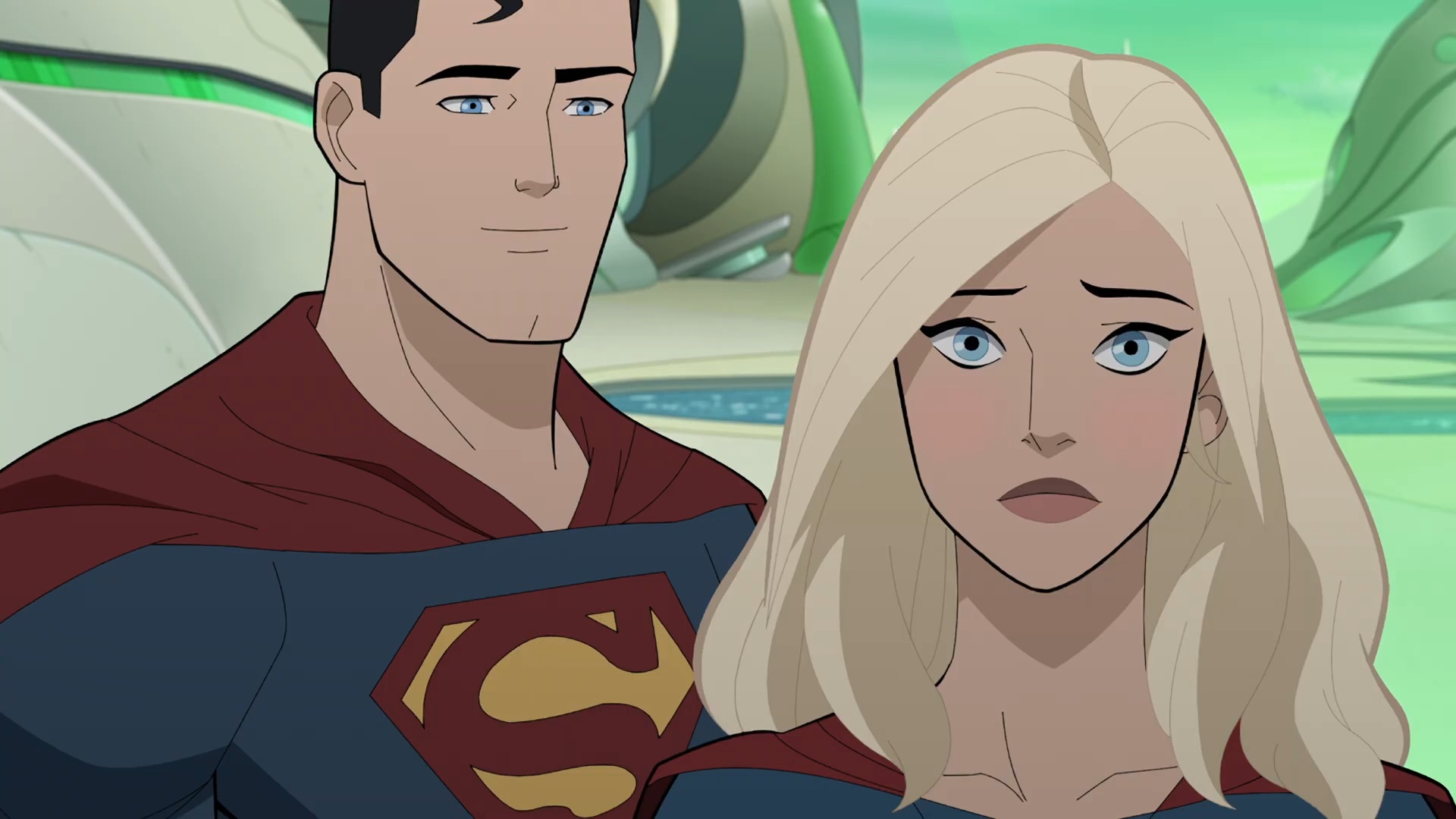 Heads up, DC fans as a new animated movie is coming your way to help kick off 2023. Warner Bros. has announced that Legion of Super-Heroes is coming to Blu-ray, 4K Ultra HD and Digital on February 7, 2023. The studio has also released full details on bonus features, as well as cover art and even a trailer. Check it out.

Legion of Super-Heroes will be available on 4K Ultra HD Combo Pack and retails for $39.99. The Blu-ray+Digital edition retails for $29.98, while the Digital copy will go for $19.99. It will also eventually make its way to HBO Max. Though no release date for its streaming debut has been confirmed. As for the movie itself, it puts the focus on Supergirl, voiced by Meg Donnelly (The Winchesters).

Here is the synopsis for Legion of Super-Heroes.

“Welcome to the 31st century and the Legion Academy, where a new generation hones their powers with hopes of joining the Legion of Super-Heroes. Devastated by tragedy, Supergirl struggles to adjust to her new life on Earth. Taking her cousin Superman’s advice, Supergirl leaves their space-time to attend the Academy. There, she quickly makes new friends, as well as a new enemy with old ties: Brainiac 5. But a nefarious plot lurks in the shadows – the mysterious group known as the Dark Circle seeks a powerful weapon held in the Academy’s vault. Find out if the budding heroes can rise to the challenge in this all-new DC Universe Movie!”

– The Legion Behind The Legion (New Featurette) – It took a heroic effort from a legion of writers, artists, animators and filmmakers to bring Legion of Super-Heroes to life. In this featurette, filmmakers and stars give us a deep dive into the making of the movie, from the original story idea through character development and final animation.

– Meet the Legionnaires (New Featurette) – There are dozens and dozens of Legion members, many of whom are featured in Legion of Super-Heroes. Who made the cut, and why? Lucky for us, the filmmakers are here to introduce us to each one – and give us some background on who they are, and why they’re important to the movie.

– Brainiac Attack: The Intellect Behind the Super-Villain (New Featurette) – In Legion of Super-Heroes, Brainiac 5 proves himself to be the pinnacle of all Brainiac iterations, but how did he become that way? In this featurette, filmmakers explain what we should we know about the 4 Brainiacs who came before him, and how – and why – Brainiac 5 chose his own path.

– Down to Earth: The Story of Supergirl (New Featurette) – Supergirl’s narrow escape from Krypton and her arrival on Earth is just the beginning of our story (literally). In this featurette, filmmakers explain why they chose to center Legion of Super-Heroes on Supergirl, what the backstory is between her and Superman at the start of the movie, and what exactly is going on between her and Brainiac 5.

Jeff Wamester (Justice Society: World War II) is in the director’s chair, working from a screenplay by Josie Campbell (She-Ra and the Princesses of Power). Jim Krieg (Batman: Gotham by Gaslight) and Kimberly S. Moreau (Batman vs. Teenage Mutant Ninja Turtles) serve as producers, with Butch Lukic (Batman: The Long Halloween) on board as supervising producer and Sam Register as the executive producer.

Legion of Super-Heroes arrives on February 7, 2023.

What do you think? Are you looking forward to the movie? Do you plan on picking up a copy? Join in on the conversation over on Facebook or Twitter! 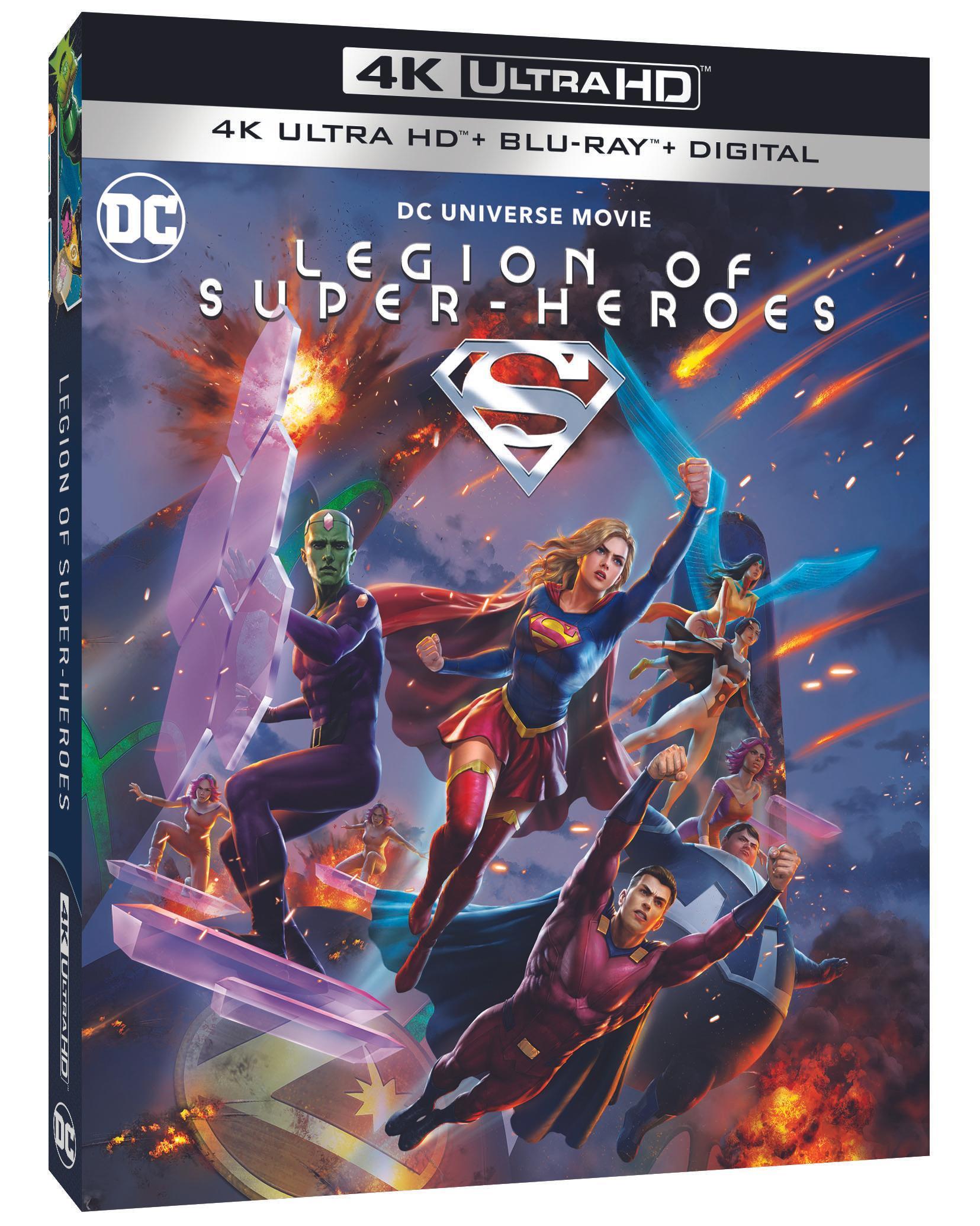 How Much Has Black Adam Changed the DCEU?
Next Post