Guardians of the Galaxy was one of the freshest Marvel flicks in years when it was released back in 2014. So it shouldn't be any wonder to hear that the first trailer for Vol. 2 became the second most viewed trailer of all time. The movie’s colorful characters, perfect blend of action and comedy, and amazing cast will certainly make the sequel one of the most successful movies of 2017.

And Rocket and Groot were the best duo by far in the entire 2014 movie. As seen in the Vol. 2 trailer, they’ll once again steal the show - even though Dave Bautista's Drax the Destroyer may be a serious competitor this time around.

During a conversation about his character, Vin Diesel brought up another subject: James Gunn's intention to helm a Guardians of the Galaxy spin-off. So, according to the Fast and Furious star, the director does want to make a spin-off focused entirely on Rocket and Groot.

Diesel added that this could happen only after the Infinity War arrives, so it would be after 2018:

I think if it's up to James Gunn, you are going to see a Groot and Rocket movie after Infinity War. I think that's highly possible. We shall see (via Screen Rant).

But this isn't all: The actor also teased (or, better yet, promised) a battle nobody would ever forget:

This could be interesting, right?

However, we shouldn't take Vin Diesel's words for granted. After all, he was also the one who hinted time and time again that he had won the role of Black Bolt in the now-scrapped Inhumans movie. 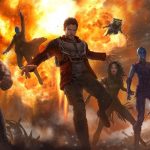 Guardians of the Galaxy Vol. 2 Teaser Breaks Record as Marvel’s Most Viewed
Next Post 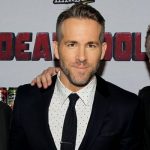