Quicksilver of Avengers: Age of Ultron

As said in here, Elizabeth Olsen talked a bit about Scarlet Witch in the most recent Empire Magazine edition - but she wasn't the only Avengers newcomer featured in the pages, since Aaron Taylor-Johnson also spoke about Quicksilver. As everybody knows, these two are twin brothers and in Avengers: Age of Ultron they are miracles raised by HYDRA to take down the superhero team.

Speaking about Quicksilver, the actor said that the character feels very agitated - because everything moves so slowly around him, he is fast to lose his temper. But thankfully Wanda Maximoff is always there to calm him down.

Speaking about the relationship between the twins, the actor said that Wanda is pretty much like a motherly figure for Pietro. However, their relationship is best described by yin and yang, with Scarlet Witch calm and, well, motherly, while Quicksilver is physical and protective.

Aaron Taylor-Johnson also says that the character's temper makes him not able of trusting anybody except his sister, for which he will be quick to jump in front of a bullet.

Furthermore, the actor explains that they wanted to get both the characters as close to their comic book roots as possible and that is why they will have East-European accents.

Unlike Scarlet Witch, Quicksilver has appeared before on the big screens, last year in X-Men: Days of Future Past. So a comparison will definitely be made between the Marvel iteration of the character and the Fox one.

But Aaron Taylor-Johnson says that it would be completely unnecessary, since these have become two distinct characters. And, as said before, this version of Quicksilver is like a lose canon. As far as his scenes are concerned, Aaron Taylor-Johnson said that he had to do a lot of skidding during the shooting - which makes sense, in a way. And we didn't see anything like that in Days of Future Past, since that Pietro had plenty of knowledge of his own powers.

This comes to say yet again that Avengers: Age of Ultron will be like an origin story for the twins, a story in which they are still inexperienced and they are still discovering their powers. 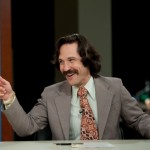 Paul Rudd - How the Fart Joke Entered the MCU
Next Post 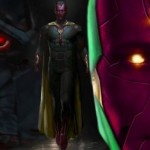