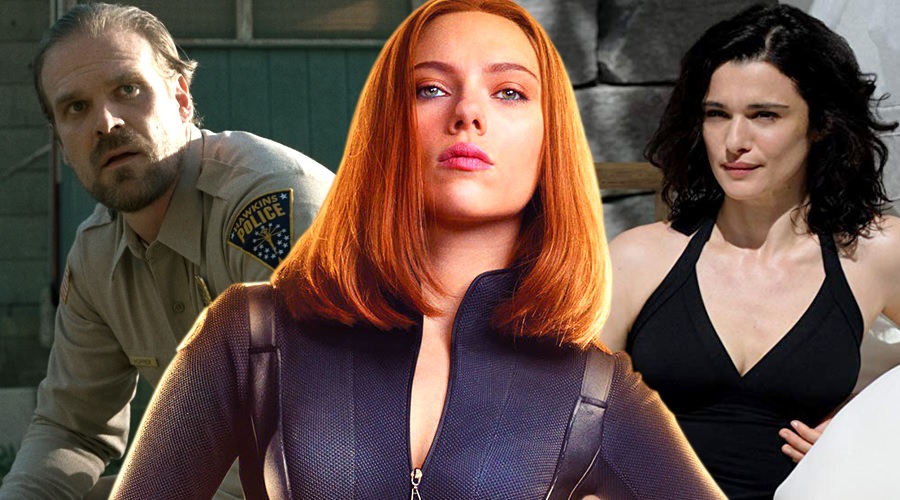 It seems like the Black Widow solo movie is adding two more names to its cast roster.

Variety is reporting that Marvel Studios has approached Rachel Weisz for an undisclosed role in Black Widow. According to the outlet, a deal has yet to be sealed, but talks are headed in that direction. Both the actress and the studio are apparently showing strong interest.

Deadline, on the other hand, claims that no negotiations are taking place between Weisz and Marvel. The outlet admits that the Academy Award winner is a person of interest for a role in the Cate Shortland venture, but rejects the notion of an official offer being already made.

Both Variety and Deadline can agree that David Harbour is in talks to make his Marvel Cinematic Universe debut with the standalone movie for Scarlett Johansson's Natasha Romanoff. But unfortunately, none of the trades are able to give us any idea about what character the Stranger Things star would be portraying.

If Weisz and Harbour end up joining Black Widow, it won't be the first comic book movie for either of them. Weisz was the female lead opposite Keanu Reeves in Francis Lawrence's Constantine. Meanwhile, Harbour popped up in David Ayer's Suicide Squad as a government official named Dexter Tolliver. And of course, we are about to see him as the Big Red in next week's Hellboy reboot.

Apart from Johansson, Black Widow also has Florence Pugh on board. The exact identity of Pugh's character has not been revealed, but it's the second lead role in the MCU installment - possibly the moral opposite of the titular superheroine. We have heard through the grapevine that Taskmaster would be the big baddie, but should take it with a pinch of salt.

Share your thoughts on these Black Widow casting updates and stay tuned for the latest tidbits!