The first official full-length trailer for The LEGO Batman Movie is finally here. Though Warner Bros. had already released several teasers for the animated feature, they contained no hints about the film’s plot and instead focused on the comedic aspects that made us love the version of Batman in The LEGO Movie.

It’s this immature, depressed yet incredibly self-assured Batman that Will Arnett will once again be voicing in the spin-off. As you’ll see in the trailer below, which was part of the studio’s presentation at Comic-Con 2016, The LEGO Batman Movie shows the titular caped superhero looking to take down the Joker and put him in Arkham Asylum, while having to deal with the fact that he adopted an orphaned boy. Watch:

So Batman is Robin’s adoptive father in LEGO Gotham, and that was a funny explanation on Robin’s costume too. Michael Cera will be providing the voice for Dick Grayson and that was Ralph Fiennes as Batman’s ever-dependable butler Alfred. Joining them are Zach Galifianakis as The Joker, Rosario Dawson as Barbara Gordon and Mariah Carey as the Mayor of Gotham. The trailer also showed that Superman, Wonder Woman and other prominent Justice League superheroes will be in the film, though their voice actors have not been revealed yet.

Expectations are high for The LEGO Batman Movie to wow audiences as much as The LEGO Movie, which early on looked to be a cash-grab based on a popular children’s toy that had no overarching theme or characters. LEGO has acquired numerous licenses and branched into different genres and it seemed a feature film is just a disaster waiting to happen. Yet we were all pleasantly surprised when the movie turned out to be a fun, delightful and even thoughtful experience that appealed to all ages.

The spin-off is on-track for its February 10, 2017 release date, unlike the sequel. Warner Bros. announced that The LEGO Movie 2 has been delayed nine months from its slated May 2018 release to February 2019. Hopefully, Batman’s standalone will more than make up for it.

How excited are you for The LEGO Batman Movie? Let us know on Facebook! 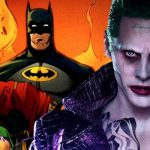 The “Jason Todd Is The Joker” Theory Is Dead, Bury It!
Next Post 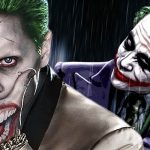 Jared Leto on Heath Ledger’s The Joker - One of the Best Performances Ever!