Joker 2 Largely To Be Set In One Particular Location: Arkham Asylum

It’s possible that the majority of the next Joker sequel will take place in just one location: Arkham Asylum.

The publication The Wrap cited an anonymous source who claimed to have information regarding the DC project and claimed that “a lot of the Joker sequel takes place inside Arkham Asylum.” In the DC Comics universe, the asylum acts as a psychiatric hospital for the Gotham City metropolitan region. It is also the primary location for the majority of the supervillains who come into conflict with Batman. Patients in the asylum include those who are criminally insane. In the Joker universe, there is already a version of the asylum, which will be renamed as the Arkham State Hospital in the upcoming picture. It will make an appearance in a sequence in which Joaquin Phoenix’s character, Arthur Fleck, will steal the medical file of his deceased mother. At the conclusion of the movie, Arthur Fleck is shown to have been checked in as a patient at the Arkham State Hospital.

Joker was supposed to be a one-off movie with no sequels, but discussions for a second installment began not long after the 2019 film smashed expectations at the box office by generating more over $1 billion around the world. The film is presently the highest-grossing R-rated film ever and the second highest-grossing DC film following 2018’s Aquaman. When filmmaker Todd Phillips posted a series of photographs on Instagram in June 2022, one of the photos revealed the sequel’s working title to be Joker: Folie à Deux. This was the moment that an official confirmation of a sequel was made. Phoenix, who was awarded the Academy Award for Best Actor for his work in the 2019 picture, will allegedly earn $20 million to reprise his role as Arthur Fleck/Joker in the sequel. The performance that earned him the award was featured in the 2019 film.

Lady Gaga is in discussions to play Dr. Harleen Quinzel/Harley Quinn in the upcoming film Joker: Folie à Deux. Quinzel is a former psychiatrist at Arkham Asylum named who fell in love with her patient, the Joker, which led to her becoming his accomplice and lover. Gaga is currently in talks to play the role. Paul Dini, a writer, and Bruce Timm, an artist, were the ones responsible for the creation of the DC character, and he made his debut in an episode of Batman: The Animated Series in September 1992.

Read More: Which Joker Are You Quiz

The popularity of the character Harley Quinn led to her becoming a recurrent character in the DC Animated Universe series. This was not the initial plan for the character, as she was only supposed to appear in a single episode. She was eventually written into comic book canon in October 1999, and since then, she has gone on to star in many solo series and appear as a prominent character in the comics based on the Suicide Squad. Margot Robbie currently stars as Harley Quinn in the DC Extended Universe, which takes place in a separate timeline from the Joker films.

Because Joker: Folie à Deux will be the first sequel that Joaquin Phoenix has ever worked on in his whole career, the picture is a significant project for the actor. It has been rumored that a musical adaptation of the impending Joker sequel is currently in the works, which is an unusual move for a superhero film. The movie is set to begin production in December, and it is anticipated that it would debut in theaters on October 4, 2024. 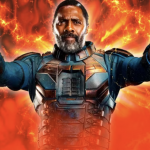 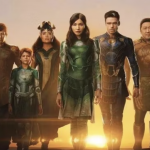