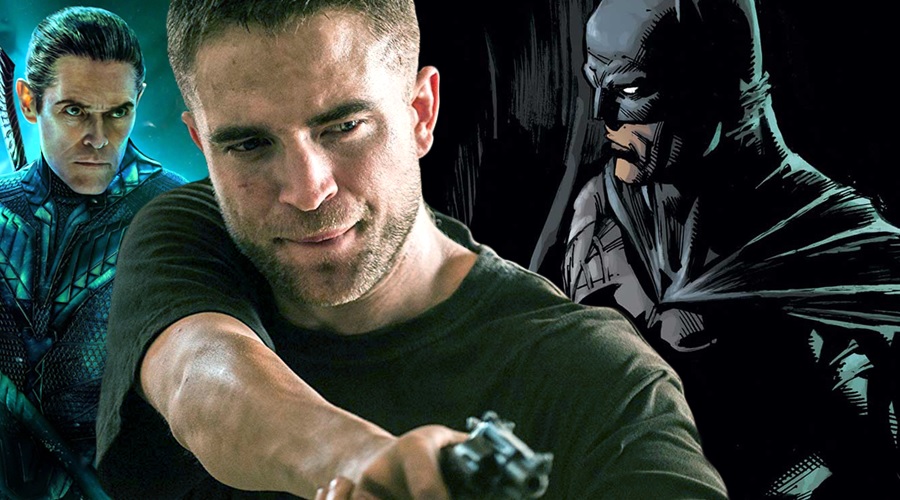 Willem Dafoe has just given a real good reason why Robert Pattinson is a good fit for the role of Batman.

Although Warner Bros. has yet to make an official announcement, we are hearing through the grapevine that Robert Pattinson is our next Caped Crusader. As expected, a section of the fandom is not happy with the casting choice and has gone on to launch multiple petitions against it at Change.org. But Willem Dafoe clearly doesn't concur with those fans.

Speaking to Variety's The Big Ticket podcast, the 63-year-old revealed that he approves of the potential casting of his 33-year-old co-star from Robert Eggers' The Lighthouse as Batman. When the topic was brought up, here's how he responded:

Sure, why not? He’s got a strong chin. That's a part of it. Can you imagine anyone with a weak chin ever playing Batman? I don't think so.

Dafoe isn't the only celebrity who has endorsed Pattinson as the new Dark Knight. Dakota Fanning, his former co-star from The Twilight Saga also admires the casting choice. Speaking to Variety at Cannes 2019, she said:

Robert Pattinson himself, however, has refrained from answering questions about his casting in Matt Reeves' The Batman. When journalists asked him about it in a recent press event for The Lighthouse, here's what he had to say (via IndieWire):

I am only answering questions about "˜The Lighthouse.

According to ComicBook, he said to another bunch of reporters that he absolutely can’t talk about the DC project at the moment. But of course, once Warner Bros. makes it official, we can expect him to be a little less secretive about it.

Do you agree with Willem Dafoe on his remarks concerning Robert Pattinson's potential casting as Batman? Share via comments and stay tuned for the latest updates!

Category: DC Extended Universe (DCEU)
Tags: Batman, Dakota Fanning, Robert Pattinson, The Batman, Willem Dafoe
Previous Post
James Gunn On The Suicide Squad Being A Sequel Or Reboot: It Is What It Is!
Next Post
Young Justice: Outsiders Second Half Trailer Brings the Animated DC Goods