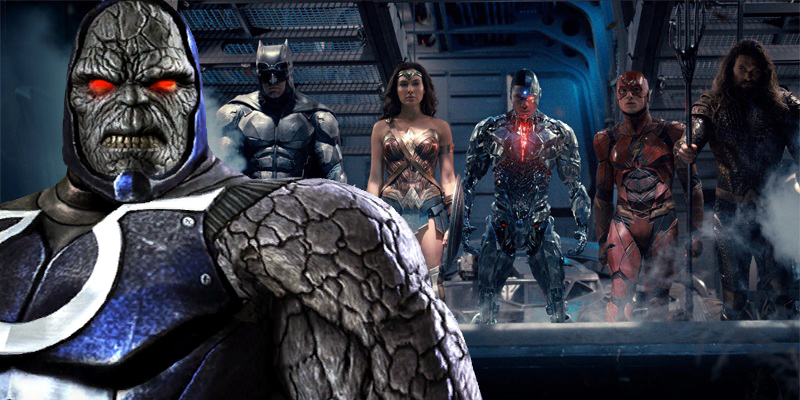 While we’ve been eagerly awaiting a new Justice League trailer, a possible synopsis has surfaced online.

The synopsis comes from a little-known Singapore-based magazine (via Comic Book), so we can't be sure whether the synopsis is official or someone came up with it based on information that’s been floating around online. So take it with a grain of salt.

However, if it's genuine, we can expect at least a cameo from Darkseid in the upcoming Zack Snyder flick. Unlike the previously released official synopsis, this one doesn't refrain from mentioning Darkseid or the already-confirmed Justice League antagonist, CiarÃ¡n Hinds' Steppenwolf. The first synopsis stated only that the superheroes would unite to save the Earth from "an assault of catastrophic proportions".

Like the earlier synopsis, it doesn't mention Superman's rebirth. Of course, there's no doubt that Henry Cavill's character will return in the November 17, 2017 release, and Snyder even claimed in a recent interview that the Man of Steel will have "a big part". But it appears that the studio is still comfortable with playing the "Supes is dead" card!

How can Superman not return in Justice League after this? (GIF via 1,2,3 WTF!?)

Check out the synopsis below!

In the wake of Clark Kent/Superman’s (Cavill) death at the hands of Doomsday in Batman v Superman, vigilante Bruce Wayne/Batman (Affleck) re-evaluates his extreme methods and begins reaching out to extraordinary heroes to assemble a team of crime-fighters to defend Earth from all kinds of threats. Together with Diana Prince/Wonder Woman (Gadot), Batman seeks out cybernetically-enhanced former college football star Vic Stone/Cyborg (Fisher), speedster Barry Allen/The Flash (Miller) and Atlantean warrior king Arthur Curry/Aquaman (Momoa). They face off against Steppenwolf (Hinds), the herald and second-in-command to alien warlord Darkseid, who is charged by Darkseid with hunting down three artifacts hidden on Earth.

What do you think about this new Justice League synopsis? Share your thoughts via comments, and stay connected for the latest updates!