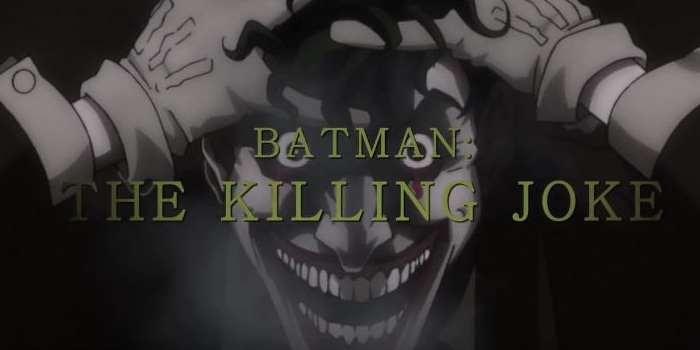 When the name of a movie is Batman: The Killing Joke, it deserves an R rating! And the upcoming direct-to-video adaptation of Alan Moore's notorious 1988 graphic has officially been rated R! The confirmation comes from Warner Bros' home entertainment division via Entertainment Weekly. It is the first DC Universe Original Movie installment to receive that rating.

Sam Register, president of Warner Bros Animation and Warner Digital Series says they encouraged Batman: The Killing Joke producer Bruce Timm and his team to "remain faithful to the original story" right from the beginning of production. They were asked not to be concerned about the eventual MPAA rating. Sam Register adds:

The Killing Joke is revered by the fans, particularly for its blunt, often-shocking adult themes and situations. We felt it was our responsibility to present our core audience "” the comics-loving community "” with an animated film that authentically represented the tale they know all too well.

Well, when the first teaser and extended featurette of Batman: The Killing Joke was released, we did say that it deserves R rating. It is NOT a PG- 13 material! All those insane and brutal things that happens in the one-shot graphic novel cannot be depicted within the edges of PG- 13. And if they wanted it to be PG- 13, they would have needed to draw away from the original story to a decent extent. 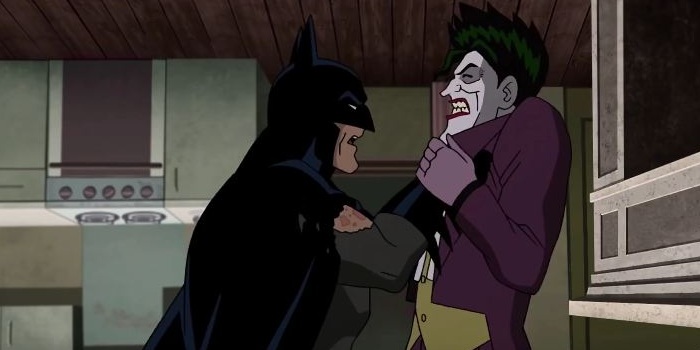 No plans for PG- 13 cut of Batman: The Killing Joke at the moment! (Photo Credit – Joblo Movie Trailers)

The report also suggests that the studio doesn't have plans for an edited PG-13 cut of Batman: The Killing Joke. The animated flick will make its world premiere at this year's San Diego Comic-Con International. Later this year, it will be released on Blu-ray, DVD and Digital HD.

Kevin Conroy is once again lending his voice to the Caped Crusader while Mark Hamill to the Clown Prince of Crime in Batman: The Killing Joke. Tara Strong and Ray Wise are the voices of Barbara Gordon, aka Batgirl, and Commissioner James Gordon in the movie.