Aquaman: New Rumor Hints at The Trench and Deep Six! 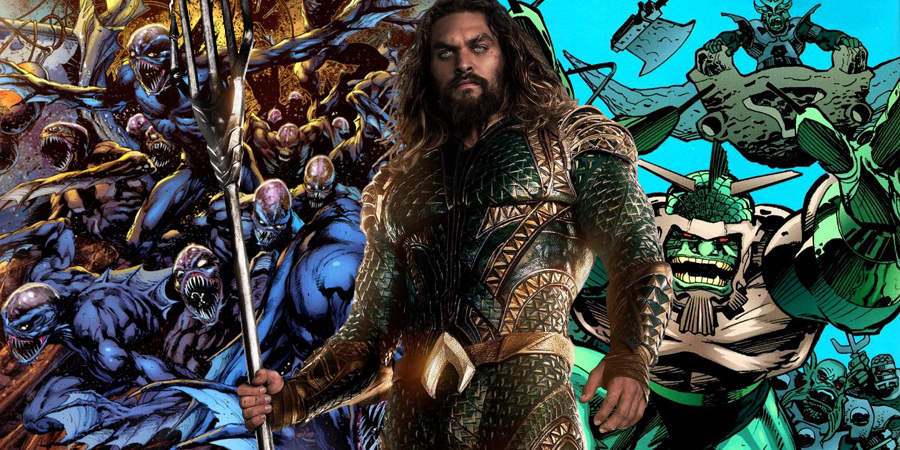 Production kicked off for Aquaman earlier this month, and not surprisingly, rumors about the movie have begun to make their way online. The most recent rumor strongly hints that two teams of villains, the Trench and the Deep Six, will show up in the James Wan flick.

Superhero News learned from sources close to the project that Wan planned to introduce some creatures that were described as "bipedal, humanoid, having arms and legs, but having fins, having big heads with big old eyes, and very long, very sharp teeth". Their sources didn't name names, but the description seems to fit the Trench, who Geoff Johns introduced in DC Comics. Interestingly, Johns and Wan co-wrote the script for the December 21, 2018 release, and then Will Beall was hired to polish it. 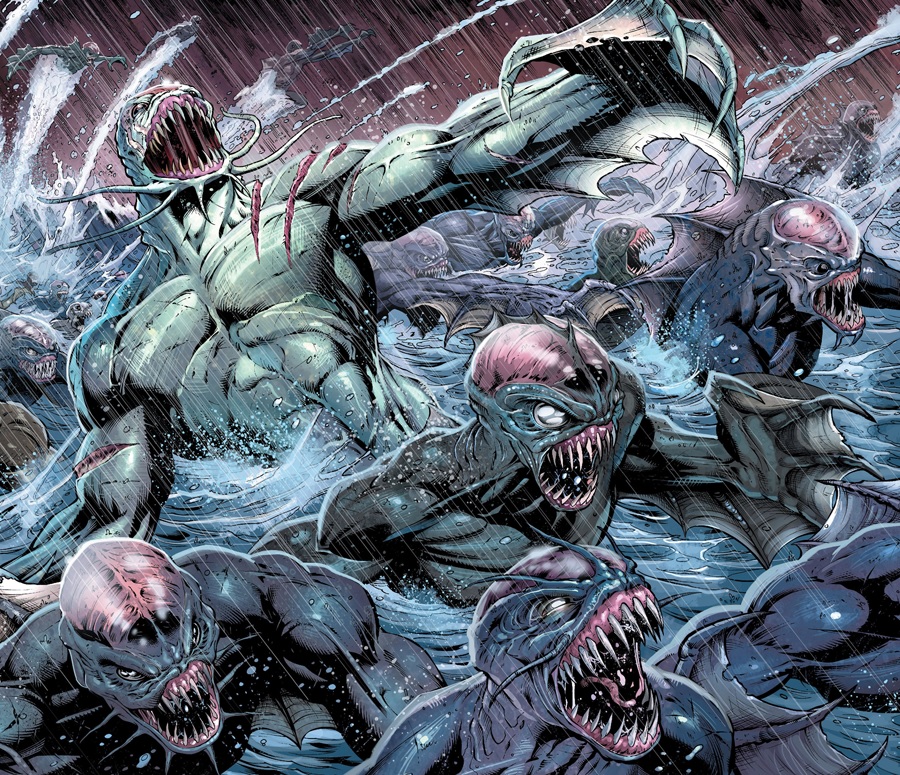 This isn't the first rumor suggesting that the Trench might appear in Aquaman. The Aquaman Shrine claimed that the movie would feature the barbarous and cannibalistic deep-sea creatures, along with Mera, Orm, and Black Manta (who also weren't confirmed for the movie at that point). Later, Wan teased the appearance of "sea monsters and cool creatures" that could have been the Trench.

The video podcast’s sources described another anonymous group of six characters who have “their own individual personalities”. Their top halves resemble Abe Sapiens from Guillermo del Toro's Hellboy movies, while their bottom halves feature "mermaid-style" tails. 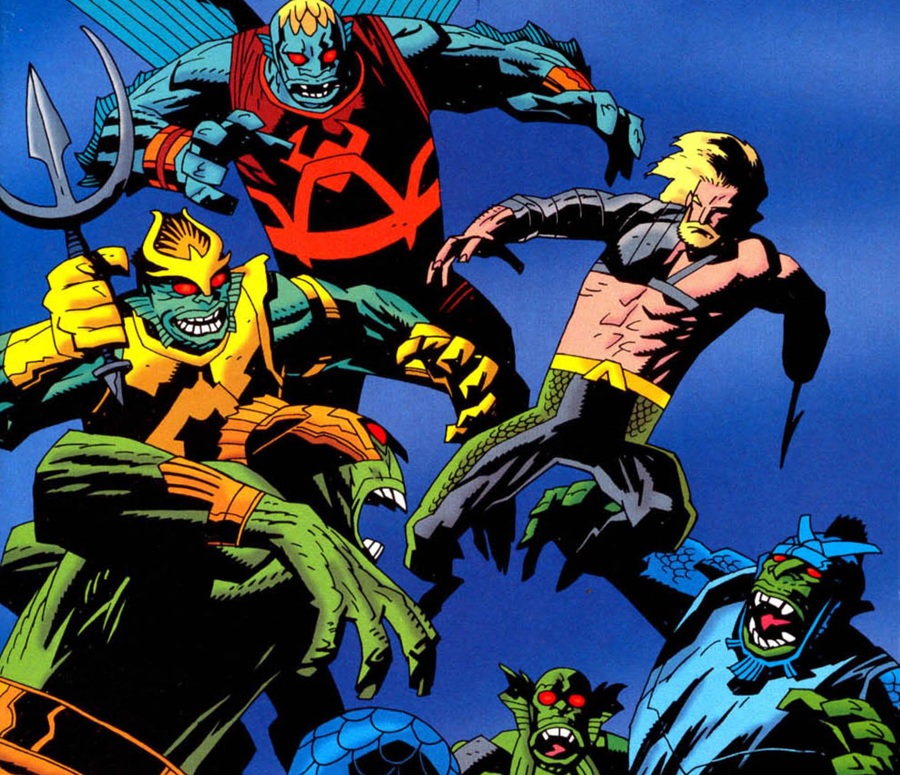 Based on the description, we’d bet that this is the Deep Six. Created by Darkseid in the comics, these six fish-like characters have superhuman strength and underwater adaptability. Since Aquaman is not an origin story, and it picks up after the events of Zack Snyder's Justice League, the Deep Six makes sense.

We should note that neither batch of creatures would be computer-generated. Of course, some CGI effects would probably be applied during post-production, but James Wan is relying on practical effects. Check out the Superhero News episode below!

Would you like to see the Trench and Deep Six in Aquaman? Share via comments, and stay tuned for the latest updates!