Filmmakers started manifesting this concept in their storytelling techniques; the rest is history. Shared Universe has been the bread and butter for Toho Studios since 1962! It wasn’t until 2012 when this concept went a little overboard and The Avengers happened! The movie did huge numbers that year and gave Marvel a cemented foundation. This was just the beginning. Today, Marvel’s Shared Universe stands to be the most loved piece of work by its fans. No matter how many Shared Universes were copied in the name of Marvel, fan loyalty remains unshattered. Marvel has proven its worth and effort time and again. Today, it is one of America’s biggest entertainment companies. Marvel has given everything to build a connection with the audience and has chosen its characters carefully under mindful directors. Dc tried to match Marvel repeatedly and failed due to several reasons. One of the main reasons includes that DC characters are not that filmable. The audience fails to connect with Batman, Wonder Woman, and Superman and thus, it makes their survival tough.

Also, DC Extended Universe has a 10-year-plan for its completion which is a bit too much and that also makes the audience lose interest. Things like these make Marvel win over DC. 20th Century Fox’s X-men franchise was one offshoot for Marvel and was super low-budgeted. Thus was quite underrated but when the year 2014 hit the board, Fox decided to hit its own Avengers-like super film X-Men: Days of Future Past. With the intention of creating a blockbuster, this did not turn out the way it was expected. When this failed, they decided to release Dark Phoenix which again did terribly! This proved Fox’s X-men failure to copy The Avengers universe. Amongst many studies that tried to emulate the Marvel Cinematic Universe and failed was Spider-man Shared Universe. The Amazing Spider-Man movies were doing great until Sony attempted to remake Spidey in The Dark Knight. Even this was released the year as The Avengers and did poorly. Spider-Man has been one true love for kids and adults of our generation forever and this thought was brutally killed. It was killed when they decided to make a shared universe with Spidey. Everything went haywire in movies like The Amazing Spider-Man 2 in 2014. This was not asked for!

Marvel was a success, thanks to Kevin Feige and his series of plans. Even Star Wars has tried to copy Marvel’s ideas and this has left it far behind. Although Star Wars has been showcasing its idea of an “expanded universe” for years now, Star Wars has started facing the canon. Kids have grown up reading Star Wars comics and books, wearing tees, and playing video games. Yet, Star Wars hasn’t been able to adhere to the trends. Seems like the world is ready to accept the inevitable but only the makers of this are not. At least this is what we thought until Jurassic World Dominion was released! It blasted the numbers and everyone went crazy. The trilogy sequels were also promised but it is too soon to say whether this one has matched the Marvel Universe or not. Jurassic Park has been a kid’s go-to for ages and we don’t want to burst that dream. 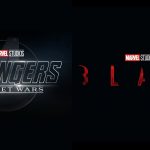 Is It Time For Marvel To Double Down on MCU Comedies?