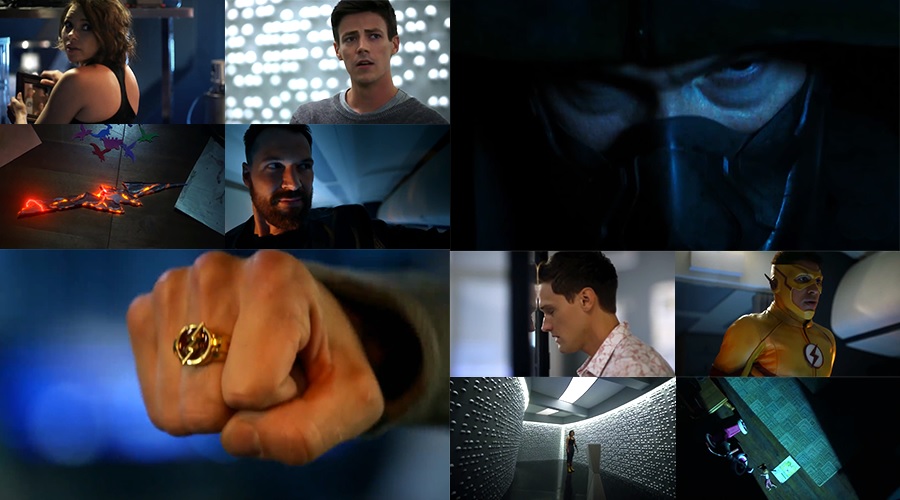 At San Diego Comic-Con 2018, Warner Bros. Television has launched an official trailer for The Flash Season 5 and announced the name of the supervillain that will cause suffering to the Central City hero throughout the season.

The big baddie of The CW show's upcoming season, just like the last season, won't be a speedster. It's Cicada, a supervillain introduced in DC Comics by Geoff Johns and Scott Kolins in 2001, who will be pitted against Barry Allen and his Team Flash this time around.

In the comic books, the character was a mysterious cult leader who was bent on murdering anyone that the Scarlet Speedster had ever saved using some special lightning bolt daggers. However, the incarnation that we will see in The Flash Season 5 is being described as (via Deadline):

A grizzled, blue-collar everyman whose family has been torn apart by metahumans, Cicada now seeks to exterminate the epidemic "” one metahuman at a time.

Warner Bros. Television has also revealed the cast for the villainous role. Chris Klein, best recognized for his portrayal of Oz in the American Pie movies, will portray Cicada. Apart from the teen sex comedy franchise, the 39-year-old actor has starred in big-screen ventures like Street Fighter: The Legend of Chun-Li, Authors Anonymous and Game of Aces. He also had a recurring role in the FX series Wilfred.

The SDCC trailer for The Flash Season 5 actually gives us our first look at Klein's Cicada. He is seen entering a dark living room in donning a hoodie with the lower half of his face covered by a mask. His garb makes it impossible to be certain about his identity, but a lightning bolt dagger placed on a table right in front him gives it away.

Apart from the season's big baddie, the trailer also has a couple of other highlights. One of them Barry Allen and Iris West's time-travelling daughter Nora, portrayed by Jessica Parker Kennedy, who seems to have a tendency for making mistakes and keeping secrets. Another one is the Flash Ring, which Barry finally gets his hands on, thanks to his daughter. The gold and red ring is something that the comic book fans have been waiting to see since the beginning. Check out the trailer below!

The Flash Season 5 premieres on The CW on Tuesday, October 9.

What are your thoughts on The Flash Season 5 trailer? Do you think Chris Klein's Cicada will be a compelling big baddie? Share via comments and stay tuned for the latest updates!