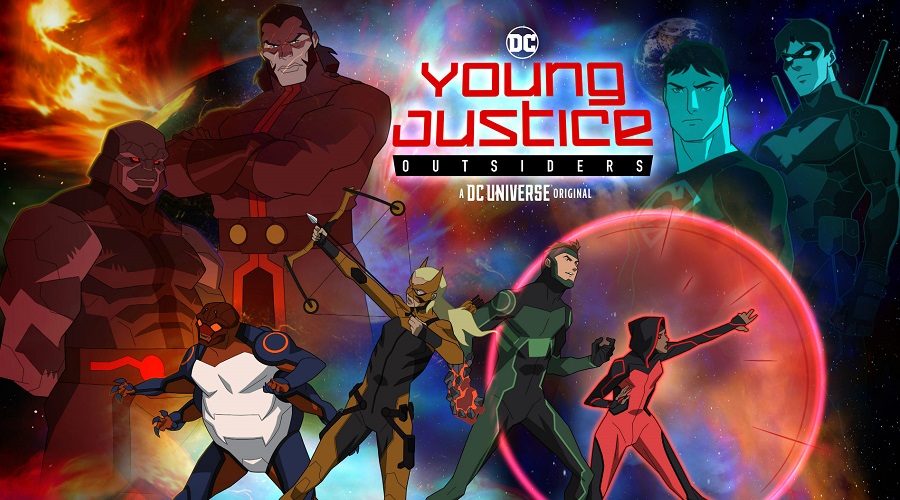 Last month, it was announced that the first look at Young Justice: Outsiders will arrive at San Diego Comic-Con 2018. Now, Warner Bros. has kept its promise by dropping the first trailer and a brand new poster for the DC Universe series.

The trailer runs for slightly above five minutes, although it's not entirely loaded with new footage. At first, it takes us back to what had happened in Young Justice five years ago before Cartoon Network cancelled it. We are reminded of the Wally West/Artemis romance and how Wally sacrificed his life to save the world in Season 2 finale.

It's not clear how much time has elapsed between the ending of the sophomore season and the beginning of Outsiders. But when the new footage starts rolling, it becomes clear to us that Artemis has yet to recover from the loss of her inamorato.

The trailer then includes a reunion of Nightwing, Superboy, Artemis and a bearded Aqualad for one last mission. This time, they are determined to take down a metahuman trafficking organization. In the trailer, we find Nightwing saying:

There's a metahuman trafficking syndicate in Markovia that we can shut down with your help. When it's all over, we go our separate ways. No muss, no fuss.

The trailer also offers our first look at Brion Markov, aka Geo-Force – one of the new characters set to make debut in the third Young Justice season. Brion is the Prince of Markovia who discovers that he has the metahuman gene. We can expect to see how he adjusts to his newfound powers in the new season. Check out the trailer below!

The new poster for Young Justice: Outsiders that Warner Bros. has launched at SDCC includes eight characters. Of them, two are supervillains, Darkseid and Vandal Savage, and the rest are superheroes, either new or old. Among the old ones, we have Nightwing, Superboy and Artemis (in Tigress attire). The new ones are Geo-Force, Forager and Halo. Here's the poster for you! 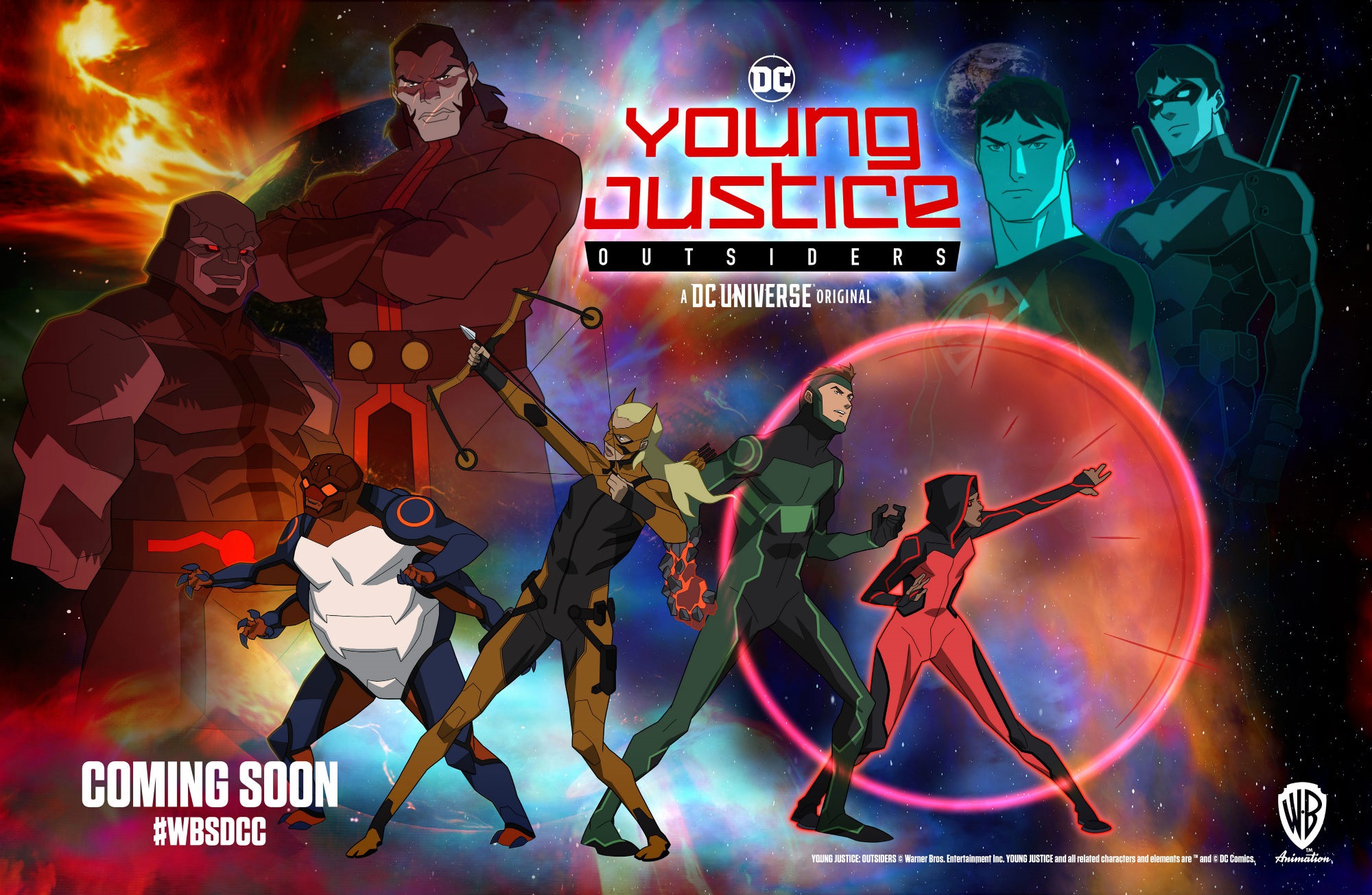 What do you think about the Young Justice: Outsiders trailer and poster? Share via comments and stay tuned for the latest updates! 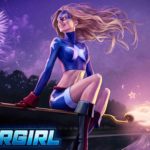 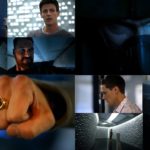