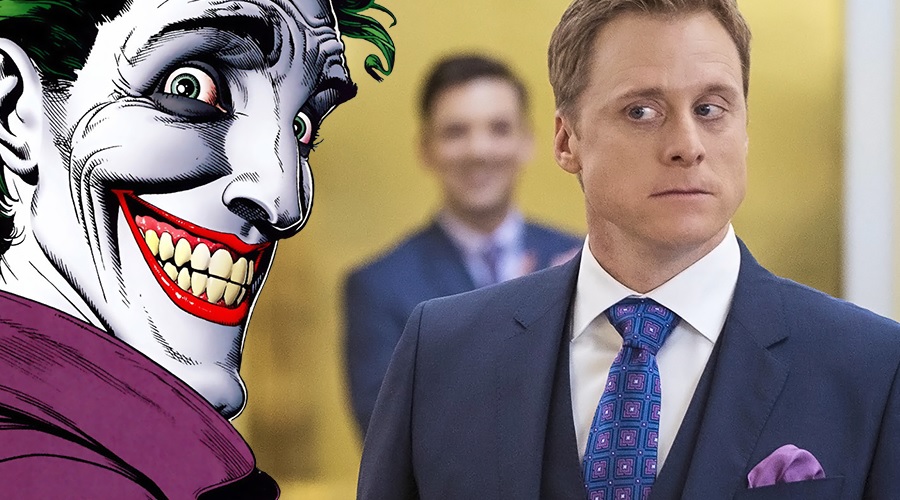 We already knew that Alan Tudyk has a role in DC Universe's Harley Quinn, even though we had no idea about what character he would be voicing. But thanks to one of his cast members, the identity of Tudyk's character in the upcoming adult-oriented animated series is no longer a mystery.

Earlier this month at New York Comic Con, Warner Bros. launched the first look at DC Universe's Harley Quinn and announced the full voice cast for the show. But the studio shied away from revealing the roles of any of the cast members other than Kaley Cuoco, who is lending her voice to the titular character.

However, we later got to learn that Diedrich Bader would be voicing Batman, while Lake Bell and Rahul Kohli would be voicing Poison Ivy and Scarecrow. And now, it has been revealed that Alan Tudyk would be lending his voice to The Joker in the 2019 series. In a new interview with Discussing Film, Bader spills the beans on Tudyk's role. When asked about the show, here's how he responds:

It’s funny and there’s a lot of dirty language in it – I’m not gonna be watching it with my kids at this juncture, maybe in a couple of years when they are a little bit older. It’s definitely like kind of an Adult Swim-esque take on it… Alan Tudyk is Joker and he’s hilarious. I did a session with him a while ago and he’s very funny as Joker.

During the interview, Bader also reveals that the voice of Commissioner Jim Gordon in the Harley Quinn animated series is Chris Meloni. He promises that Meloni's version of the Batman ally is very, very different from the ones we've come across so far. You can check out the full interview below!

Tudyk, best recognized for his roles in Joss Whedon's Firefly and Gareth Edwards' Rogue One, isn't a newcomer to the world of DC Comics adaptations. He has voiced characters like Superman, Green Arrow, The Flash and Captain Cold in the past and portrayed Batman's cousin Van Wayne in the short-lived NBC series Powerless. It's also not his only active role as he's attached to play Eric Morden, aka Mr. Nobody, in the live-action DC Universe series Doom Patrol.

As for Meloni, the role of Jim Gordon isn't his first endeavor in the world of DC Comics adaptations. He showed up as Colonel Nathan Hardy in Zack Snyder's Man of Steel and voiced Hal Jordan in direct-to-video animated flick Green Lantern: First Flight.

What do you think about Alan Tudyk's casting as the voice of The Joker in DC Universe's Harley Quinn? Share via comments and stay tuned for the latest updates!