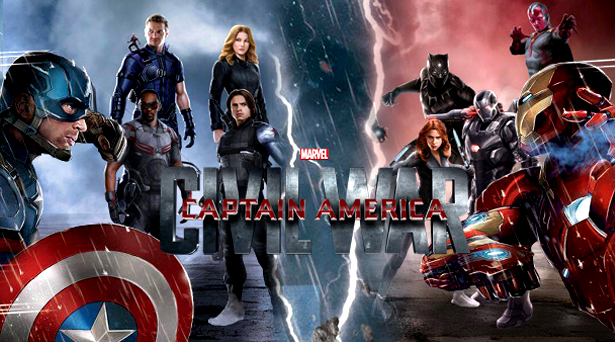 With the Marvel Cinematic Universe in full swing and having a scheduled long-term plan, the DC Extended Universe about to start expanding in some weird and wonderful directions, and Fox’s X-Men movie franchise still going strong after fifteen years, there are some fantastic comic book movies on the horizon.

The one thing that fans enjoy most about comic book movies is the high-octane action – and there are some fantastic scenes of that description on the way as a result of the prolific nature of the genre.

In this article, we’ll take a look at some of the best action-packed battles you can expect in upcoming comic book movies and why we’re looking forward to them so much. Here are ten comic book movie fights we’re very excited about… 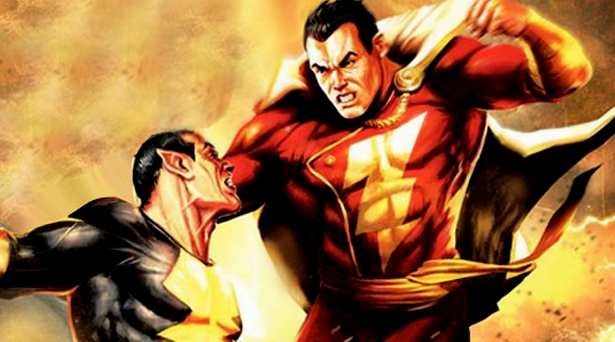 2019 will see the release of the Shazam movie. It isn’t yet known who will be playing the titular hero, but the antagonist – Black Adam – will be portrayed by the awesome Dwayne “The Rock” Johnson. That alone is enough reason to watch it – and enough reason to believe the fight scenes will be incredible.

Black Adam is a monster – a Superman-level character without the morals that the Man of Steel possesses – so any fight he has is bound to be destructive beyond any levels seen in the DCEU prior to his introduction.

Then there’s the fact that Shazam is every bit his equal. While he isn’t as aggressive and has more consideration for the people and environment around him, he will need to match Black Adam blow-for-blow and that will make for one hell of a fight.

Seeing these two magically-empowered brutes in a physical tussle will be incredible and you should definitely be looking forward to seeing it happen. 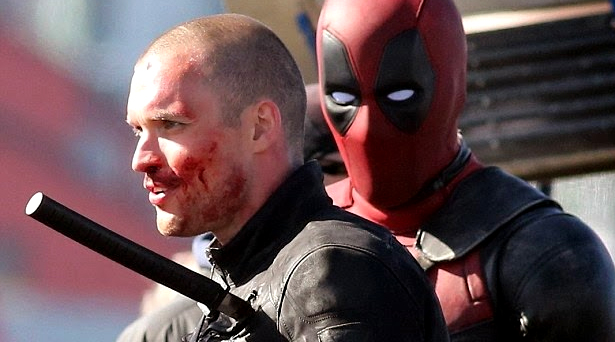 We’re all looking forward to the Deadpool movie in 2016 – seeing Ryan Reynolds finally unleashed as the classic version of the character so popular from the comic books will be a real treat – but the fact that it will have an “R” rating means that the final fight he has with Ed Skrein’s Ajax will be awesome.

Ajax will be the antagonist of the movie – a character who is both responsible for the procedure Wade Wilson goes through to become Deadpool and who has undergone a procedure of his own via the Weapon X project.

He will have superhuman strength by default, but his Weapon X procedure will make him faster, more agile and completely intolerant to pain. He will be responsible for apprehending Deadpool after he steps out of line following his own Weapon X treatment.

With Deadpool’s healing factor and Ajax’s pain tolerance, it will be a bloody and probably hilarious battle between the pair, with horrific wounds appearing allover them both. 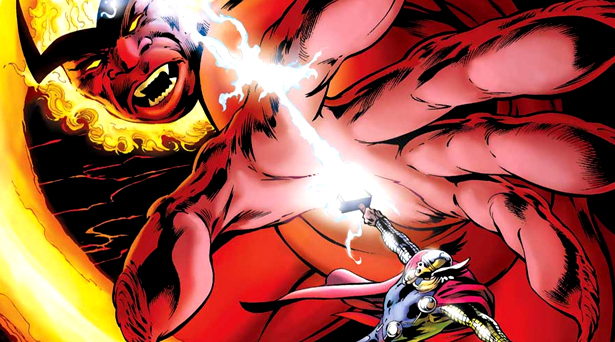 The Thor movies have been some of the most poorly received offerings in the Marvel Cinematic Universe to date (perhaps somewhat harshly, but that’s a topic for another article), but 2017’s Thor: Ragnarok looks set to rectify that in emphatic style.

It will be an epic event – one of the biggest in Phase 3 of the franchise – and an exciting addition to the roster of characters will be Surtur, the fire demon who will bring about the titular battle.

In the comic books, he is infinitely more powerful than Thor and, while he will undoubtedly be powered-down in the movie, Thor will still have his hands full trying to defeat the monster.

He may have some help from the likes of Sif, the Warriors Three and maybe even Hulk, Odin and Loki (perhaps even some new characters), but Thor will ultimately be responsible for defeating Surtur and it will be an epic battle of godly proportions. 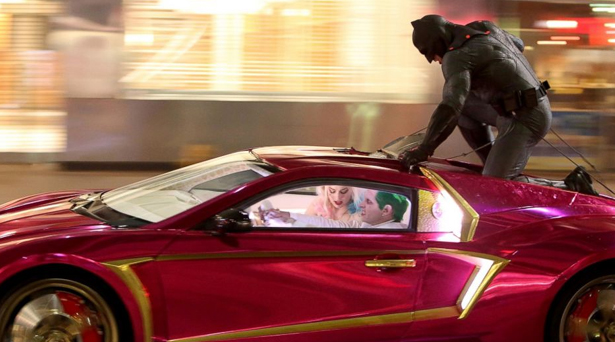 Batman on top of Joker and Harley Quinn’s car

The rivalry between Batman and The Joker is one of the most iconic in both comic books and movies. In fact, it’s already been explored twice in movies – with Michael Keaton’s Batman and Jack Nicholson’s Joker and Christian Bale’s Batman and the late Heath Ledger’s Joker – but the upcoming battle is extremely exciting nonetheless.

It will concern Ben Affleck’s Batman and Jared Leto’s Joker and will kick-off in next year’s DCEU offerings – though we won’t get to see it in all its glory until a Batman solo movie.

There’s something particularly intriguing about these particular versions of the character, because Ben Affleck’s casting as the Dark Knight was so controversial and because everyone wants to see how Leto’s Joker compares to the Academy Award-winning performance of Ledger’s.

The fight will be one of both a physical and mental nature – which always adds a little extra something in comparison to other comic book rivalries – and we can’t wait to see how it pans out.

The X-Men Vs Apocalypse 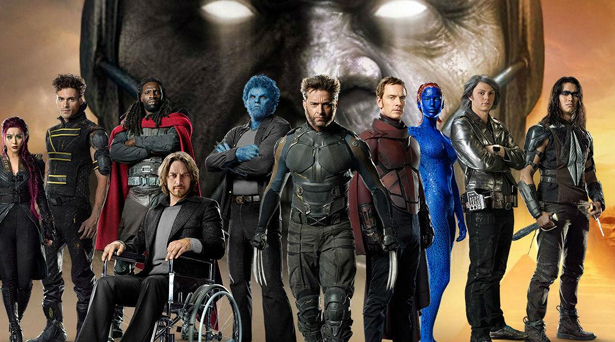 Apocalypse and the X-Men

The X-Men movie franchise has been going for fifteen years now and there have been some incredibly powerful characters in it – none of whom come close to the power of Apocalypse.

En Sabah Nur, as he is also known, is the first mutant to ever exist and he has lived for eons. He possesses powers like super-strength and durability, telepathy and telekinesis – all of which are augmented by technology – and the X-Men are in for one hell of a battle when he appears in 2016’s X-Men: Apocalypse.

He will utilise the services of Magneto, Storm, Psylocke and Archangel as his Four Horsemen – and that will make him even more dangerous.

The final battle between the X-Men, with their vast assortment of powers, against the almighty (and extremely versatile) Apocalypse and his servants will take the franchise up to a new level in terms of its action – and the titular group of heroes may just find that they’re up against an opponent who’s too much for them to handle. 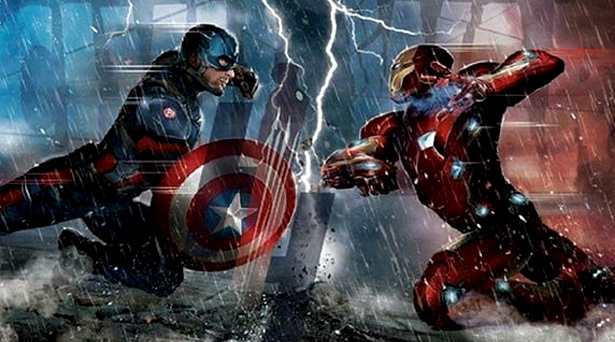 2016’s Captain America: Civil War is all about a much bigger battle than Captain America facing off against Iron Man, but the fact is that their personal conflict is definitely something to look forward to.

While the pair have indeed squabbled in their previous appearances on screen together, the fact is they are friends – so seeing that dynamic being torn apart by the Sokovia Accords and Tony Stark’s vendetta against Bucky Barnes (it will be revealed that Barnes killed Stark’s parents) will be very interesting.

Throw Barnes into the mix and things get even more interesting. That personal battle becomes all the more intriguing with all three men involved – and the recent trailer for the movie has suggested that the two versus one physical battle involving the trio will be a very entertaining one.

Of course, fans will be hoping to see Cap and Iron Man reconcile after the battle – not least because of the impending Infinity War that will require them to work as a team – but their battle will be fun while it lasts.

Of course, as epic as Captain America versus Iron Man will be, the main event of 2016’s Captain America: Civil War will undoubtedly be the team-on-team affair – with the two aforementioned heroes leading their respective groups into battle against the other.

Seeing these former allies clash is going to be monumental and will surely be the best and most memorable battle in the Marvel Cinematic Universe to date.

Sadly, the likelihood of at least a couple of them dying is very high – it’s a super-powered war after all – and that will be sad to see, but they’ll have to regroup in time for the Infinity War, so don’t fret too much about it. 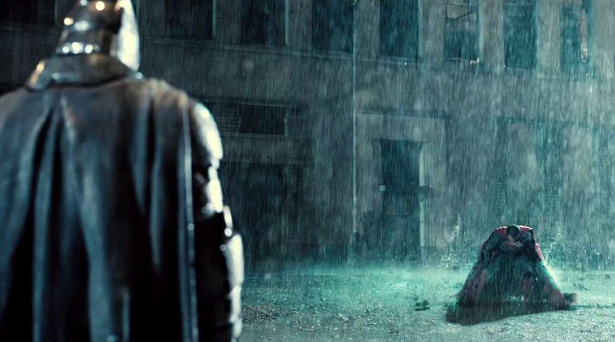 The two most iconic superheroes in comic book history are set to meet in a live action movie for the first time ever in 2016 – and it isn’t going to be pretty.

Batman v Superman: Dawn of Justice will see Batman and Superman coming to blows – with the former being tasked by the government to bring down the latter, due to the risk they feel he poses to society, after his fight with General Zod in Man of Steel leveled Metropolis.

Superman will either be powered down in some way (Kryptonite?) or Batman will be powered up in some way (power armour?), otherwise it would be a massacre in Superman’s favour, but it will undoubtedly be epic either way.

Of course, the pair will have to unite at some point – probably to bring down Lex Luthor – and the addition of Wonder Woman and several other heroes to proceedings will make it even more interesting, but the Dark Knight versus Kryptonian battle is what we all can’t wait for.

The Justice League Vs Darkseid 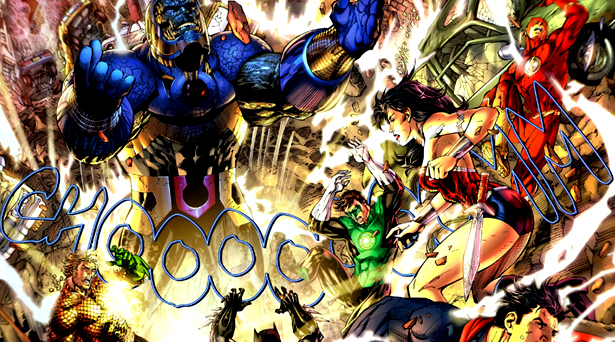 Darkseid and the Justice League

Although this particular fight isn’t even confirmed yet, it is undoubtedly inevitable. Batman v Superman: Dawn of Justice is exactly what the title of the movie suggests – the dawning of the foundations of the live action Justice League.

The ruler of Apokolips possesses enough power to take on the likes of Superman, Batman, Wonder Woman, Aquaman, Cyborg, Flash, Shazam and Green Lantern combined all by himself – and that’s precisely what he’ll probably do once he makes his presence felt in the DCEU.

With all the power the Justice League will possess being thrown around and a monstrous looking CGI Darkseid fighting them, their live action battle will be truly awesome.

The Avengers & Guardians Of The Galaxy Vs Thanos 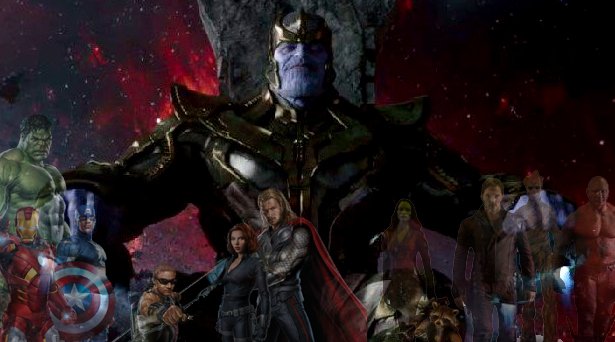 Thanos, the Avengers and the Guardians of the Galaxy

It will see the Avengers, the Guardians of the Galaxy and any other heroes who might be able to help them (the Defenders and/or the Inhumans, for example) taking on the Mad Titan Thanos and whoever/whatever else the villain brings to the table.

Thanos will have some allies and at least some of the Infinity Stones in his possession by the time the fight starts and he may end up possessing all of them – which will grant him god-like powers – and the heroes will have their hands full, even when they unite as a massive force of good.

It will be destructive, it will result in massive losses, but it will undoubtedly end in glory for the heroes, as the arc that the entire Marvel Cinematic Universe has been building up to finally comes to an epic finale.

What do you think? Are you looking forward to these fights? Are there any others you’re particularly excited about? Have your say below! 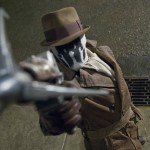 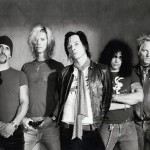