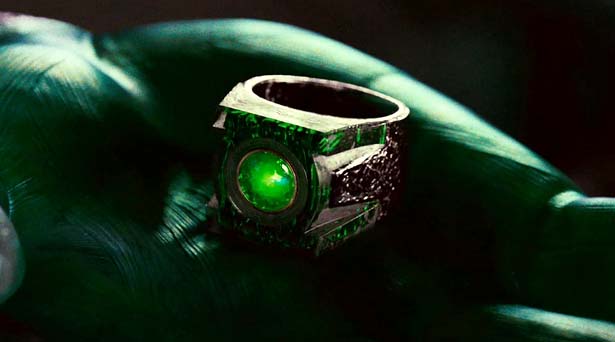 Comic books are full of interesting, useful, unique and powerful items and many of those have been adapted to the big screen in comic book movies.

Weapons, vehicles and various other accessories enable comic book movie characters to do all kinds of awesome things – and we all imagine having them for ourselves and what we could do with them.

In this article, we’ll take a look at ten comic book movie items that you’d just love to own in the real world! 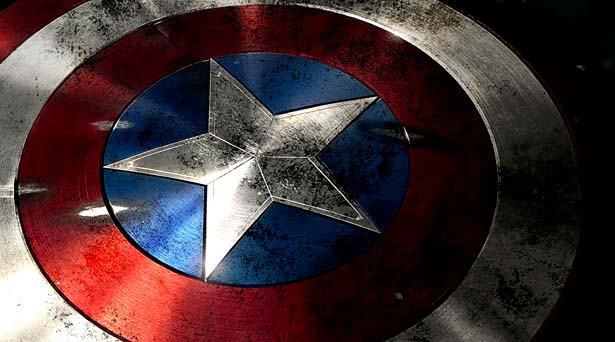 First and foremost, it obviously provides protection. It’s made of nigh-indestructible vibranium and can protect the wielder from physical attacks (including gun shots, energy blasts and super-strength punches) and even falls from great heights.

But it can also work as a cool throwing weapon – and it’s devastating when used in that manner – and it generally looks really cool, which is never a bad thing. 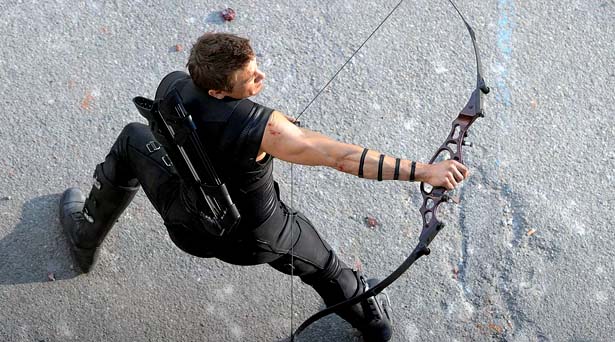 While the weapons of Clint Barton AKA Hawkeye aren’t exactly spectacular, assuming you have the skills to use them, they could be very useful in a quirky way! To date, they’ve appeared in 2012’s The Avengers, 2015’s Avengers: Age of Ultron and in a 2011 cameo in Thor.

Granted, you’re never going to be as accurate over huge distances as Barton is – he’s called Hawkeye for a reason, after all – but the plethora of arrow-fittings on his projectiles could definitely come in handy even for a moderately skilled archer.

Want to blow a car up? Explosive arrows! Want to climb up a tall building? Grappling hook arrows! Want to plug in a USB stick? USB arrow! Just want to fire a pointy stick at someone who’s annoying you? Normal arrow! In a nutshell, Hawkeye’s vast array of arrows could come in handy for a variety of reasons and it would be great to have them at your disposal. 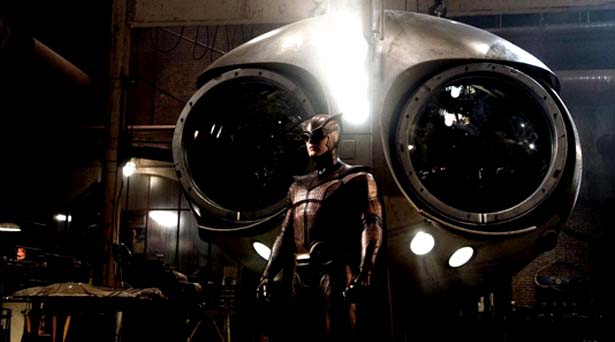 Because who wouldn’t want a vehicle shaped like an owl, right?! The Owlship appeared in 2009’s Watchmen movie and had a number of pretty cool uses (in addition to looking bizarrely awesome, that is).

The Owlship belonged to Patrick Wilson’s Daniel Dreiberg AKA Nite Owl II in the movie and, for starters, it can fly which enables air travel, but it can also submerge and move in water for sub-aqua travel.

In terms of its gadgets, it has things like guns and missiles, screechers and blowers, a flame thrower and some electricity-based weaponry. It’s just the kind of thing you’d love to have access to in your garage! 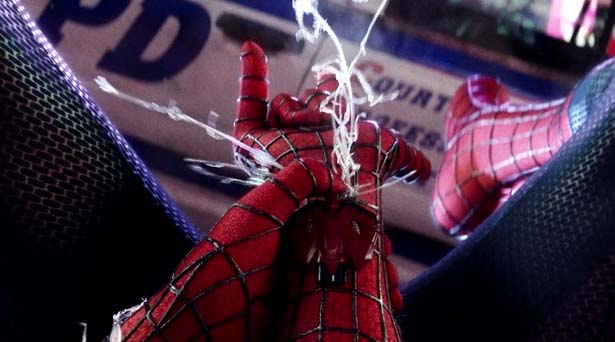 In 2012’s The Amazing Spider-Man movie, the titular hero’s web-shooters changed from being biological in Sam Raimi’s original Spider-Man trilogy and became a gadget.

Andrew Garfield’s Spidey created them himself and utilised them in both the aforementioned reboot movie and its 2014 sequel The Amazing Spider-Man 2.

They would be so fun to own! As well as simply being able to fire them at people (either as projectile weapons, to shut them up or to stick them to things), you could also use them to obtain items from afar and, of course, swing around! Granted, the latter could potentially be extremely dangerous, but once you got the hang of it, it would be awesome! 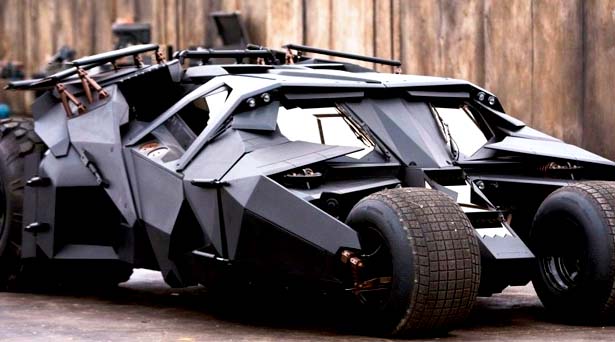 Christian Bale’s Bruce Wayne AKA Batman looked cool as hell driving around in the Tumbler – and so would you if you owned it.

It’s a prototype armored tank designed as a bridging vehicle for the military. It has weaponry and gadgets – including machines guns, a rocket launcher and explosive mines that can be deployed from the rear – and the ability to boost into a jump without the need for a ramp to provide leverage. It’s an amazing looking vehicle and the black colouring adds a touch of extra cool to it. 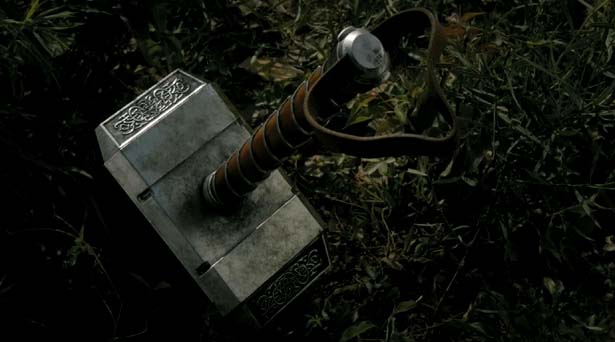 It would be an awesome item to own – well, it would be if you were deemed worthy of wielding it – as it grants its wielder a host of incredible powers and abilities.

For starters, it provides incredible super-strength and durability, but it also enables the wielder to fly, summon lightning and tornadoes, as well as project lightning at targets. It also handily returns to the wielder from any location if he/she simply puts his/her hand out and summons it. More to the point, it packs one hell of a powerful punch. 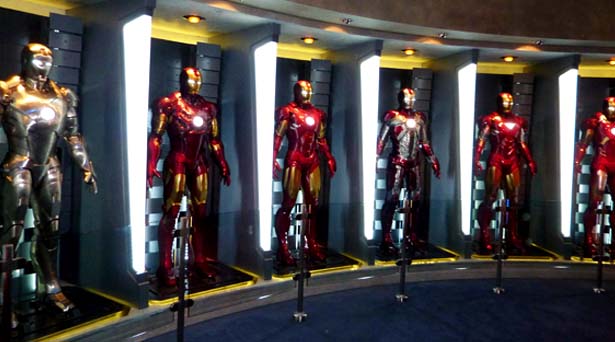 There are, of course, several versions of the armour – most recently, the awesomely powerful Hulkbuster armour appeared in Age of Ultron – but they generally all have the same main functions.

They obviously provide protection from attacks – that’s what armour is for, after all – but they also give the wearer incredible super-strength. They also enable the wearer to fly and can fire powerful repulsor blasts from various areas. There are also a series of missiles and lasers built in. Cool.

Having a Green Lantern ring would be great. Using it might be a bit more difficult, mind you – you need to have absolutely incredible willpower to get it to function – but, if you could use it, it would be extremely useful.

The rings appeared in 2011’s Green Lantern movie and, by default, enabled the wielder to fly and granted them an extremely powerful force field that protected the user from both physical attacks and harsh conditions.

But its best powers are its creative and offensive abilities. As well as being able to fire powerful energy blasts, the ring enables the user to create constructs in the form of anything that can imagine. In the movie, Ryan Reynolds’ Hal Jordan made things like swords, guns, a race track and a fighter jet. Pretty awesome, right!? 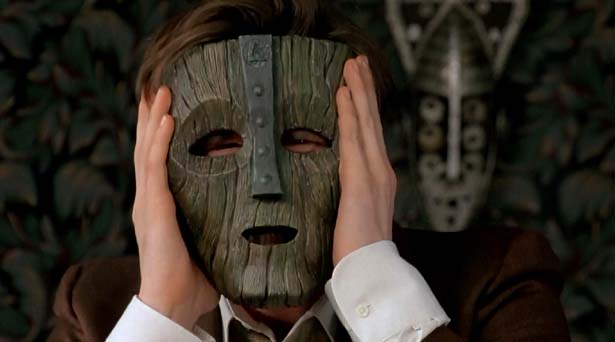 Who wouldn’t want to become an insanely powered centre of attention with the powers of what is essentially a cartoon?? That’s what owning the Mask – from the 1994 movie The Mask – would enable you to become.

Belonging to Loki, the most impressive aspect of the Mask's powers is the damage soak it grants you when you wear it – you could swallow a bomb and have it explode in your stomach and still be fine!

But it also grants vast speed and the reality warping ability to conjure items from nothing. If you want a new car, a Thompson submachine gun or a chocolate souffle, just wish for those items to appear! The fact that it has also made a crowd of people sing and dance like idiots means it could also be incredibly entertaining for you. 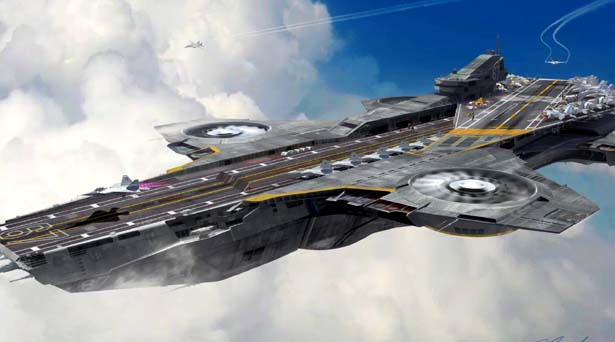 Come on, what else was ever going to be number one in this list?! The S.H.I.E.L.D. Helicarrier is a ginormous flying fortress that can also act as a battleship on water. It has appeared in 2012’s The Avengers and 2015’s Avengers: Age of Ultron to date.

Its coolest feature is that, when it’s up in the air, it can turn completely invisible by virtue of what appears to be a form of light-bending, so nobody on the ground can even see it flying by – in spite of the fact that it is ridiculously huge.

But it also has a fully stocked interior that includes countless top class laboratories, high-powered armaments, a fleet of state-of-the-art aircraft and all kinds of incredible mod-cons for luxury living and fun. It would make an awesome place to live, put it it that way!

What do you think? Would you like to own any of these items? Of course you would! Have your say below! 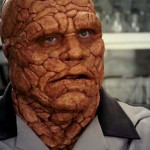 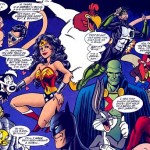