New Image Unites The Defenders; Rumor about The Punisher! 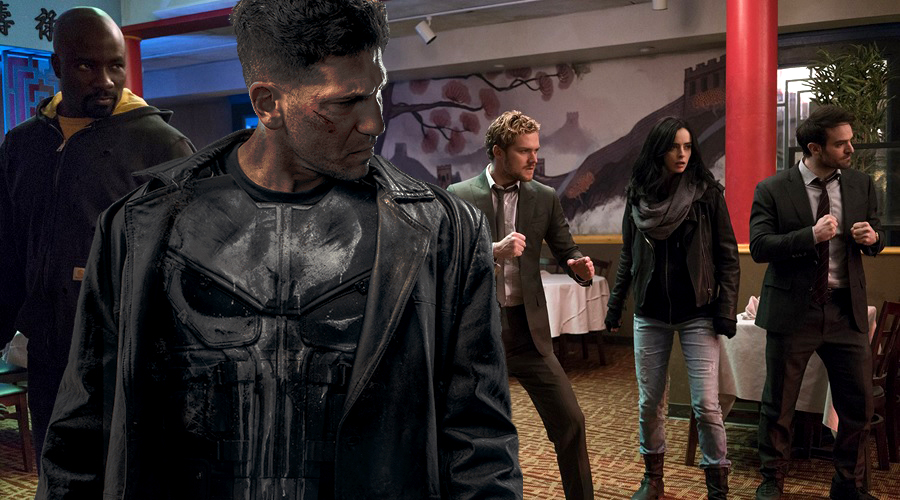 As the premiere date for The Defenders nears, Marvel and Netflix continue to provide us with promotional materials. Over the last couple of months, they’ve released the first official trailer, a bunch of stills, a few promos, and a poster. We can expect to see additional promotional items, possibly including a trailer, later this month during San Diego Comic Con International.

In the meantime, Empire has launched a new promotional image that could very well end up as a banner for the series. The image unites Charlie Cox's Daredevil, Krysten Ritter's Jessica Jones, Mike Colter's Luke Cage and Finn Jones' Iron Fist. In addition, it coins a cool new nickname for the team: “Gang of Four”. Check out the stunning image below! 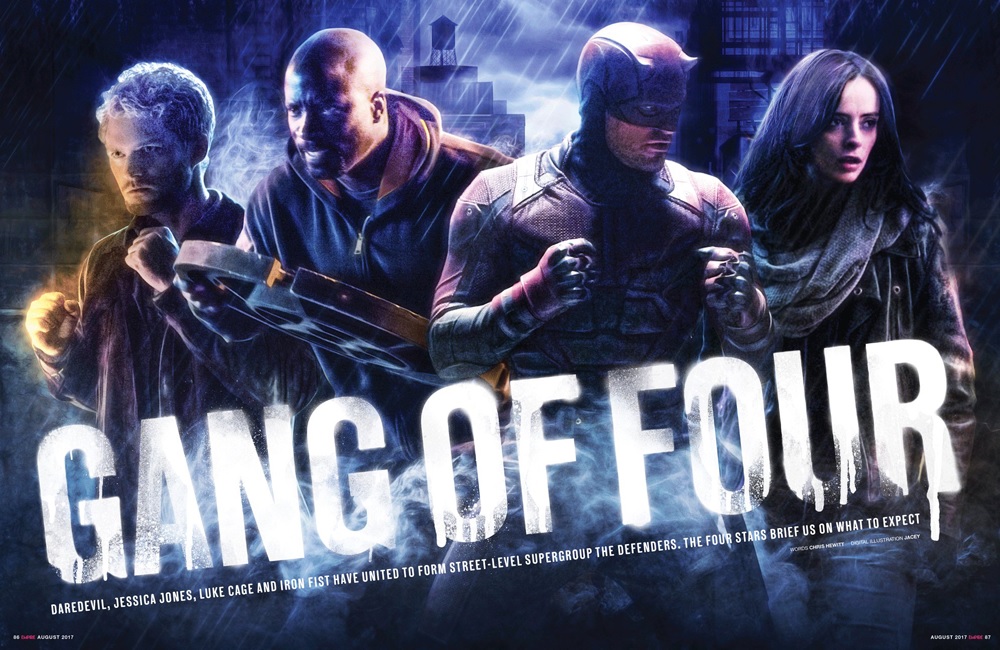 We also have a new rumor, courtesy of Bleeding Cool! Jon Bernthal's Frank Castle, aka The Punisher, may make an appearance in the eight-episode crossover miniseries. Marvel/Netflix emailed a list of participants in the SDCC Defenders panel to members of the press, and Bernthal is on that list!

Bernthal’s participation in the panel doesn't necessarily mean that he’ll appear in the series. His series is expected to arrive in November, so he could be attending to promote his own show.

Then again, if Bernthal is there to promote The Punisher rather than The Defenders, why aren't showrunner Steve Lightfoot and the other cast members (other than Deborah Ann Woll, who stars in both shows) also a part of the panel? We should note that promotional content for other shows was part of last year's Luke Cage panel, although cast members didn't attend.

Do you think The Punisher will appear in The Defenders? Share via comments, and stay tuned for the latest updates!