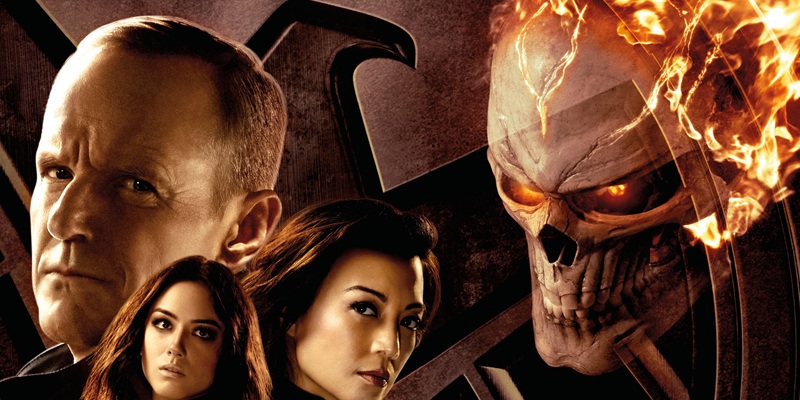 The fourth season of Agents of S.H.I.E.L.D. will be premiering on ABC tonight, and this very first episode is set to introduce the most sensational addition to the series, Ghost Rider Robbie Reyes. Gabriel Luna, the actor who will be seen as the iconic Marvel Comics anti-hero, recently talked with Collider and shared his insight on the character.

According to the 33-year-old actor, both Johnny Blaze and Danny Ketch had "pretty decent" lives prior to becoming Ghost Rider, and it was the life that followed that seemed like a "really heavy curse" on them. However, Robbie is in an "inverted position" compared to the two. Luna added:

He had some hardships early in his life, and the Ghost Rider actually becomes an empowering thing. While it's still difficult to deal with and very much a curse, he had some fucked up shit going on before Ghost Rider ever came about. His control over it is something that slightly differs from the previous characters and previous vessels of the Ghost Rider spirit.

And Robbie Reyes is very different from the other characters that we've seen in Agents of S.H.I.E.L.D. to date. The actor explains:

He's very powerful. That's a huge wild card to throw into the mix. We're starting to toe the line and inch towards some ground that hasn't been covered, but that is a huge part of the books themselves and the entire Marvel universe and the canon of Marvel's assortment of characters. What we haven't touched on are things that can't be explained perfectly by science.

Luna further adds that there's a "lot of really fun stuff" in the show that starts to lean into the supernatural world of characters like Ghost Rider, Doctor Strange, and Mephisto, and that they are happy to be the ones to "break the ice on that".

Ghost Rider is one of those characters that, when used in live-action media, requires a lot of special effects. As Agents of S.H.I.E.L.D. is, after all, a television series, many are worried about whether they can manage to properly realize the character on their limited budget. But Gabriel Luna assures us that their VFX supervisor is a "genius" and is doing some really "great" work with his character. According to the actor, there's a "lot of characterization in the face".

Ghost Rider is coming to Agents of S.H.I.E.L.D. tonight! (GIF via Tumblr)

Are you excited about finally getting to watch Ghost Rider Robbie Reyes in Agents of S.H.I.E.L.D. tonight? Share via comments!